'They weren't protesters, protesters have a cause': Business owners attacked after storefront looted in South Loop 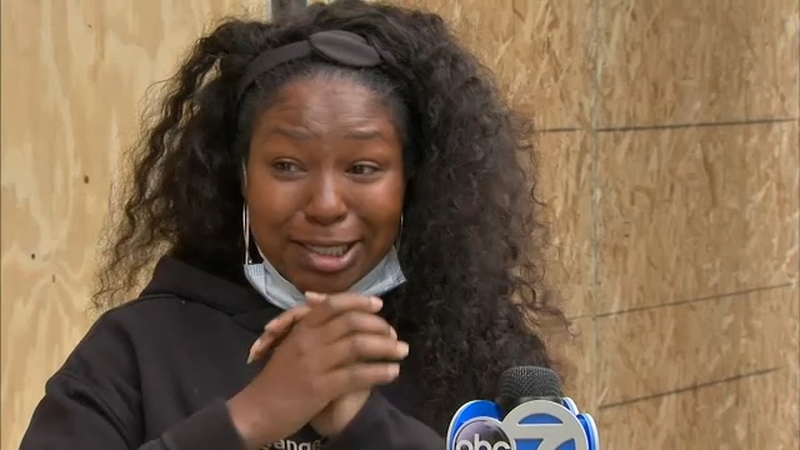 CHICAGO (WLS) -- A South Loop small business owner is recovering, and her husband is in the hospital, after she says they were attacked by looters as they tried to clean up broken windows after a chaotic Saturday night in the city.

Surveillance video obtained by ABC7 shows windows being broken out during the chaos in Chicago's South Loop late Saturday night. A looter ducked in through the opening and took what they could.

"I could see the glass being shattered, blown out by some object that they threw through the window," said owner Adryenne Alvarez.

Alvarez said she and her husband felt compelled to come to their Orangetheory fitness franchise in the early hours of Sunday morning after they saw that video feed of windows being broken and items being taken.

"We weren't necessarily trying to defend the business, but we wanted to go clean up, we wanted to let people know we were in support. We wanted to just be there," she said.

But as her husband Ralph was trying to clean up outside, Alvarez said she turned to see him on the ground and unconscious in front of a large crowd.

When she went to help him, that's when she said she was attacked.

"A woman came out of nowhere and hit me over the back with a crowbar," she said.

Alvarez finally got through to 911 on her cell phone. She said her husband was taken to Stroger hospital with a serious head injury.

"The people that did this, the people that I saw, they weren't protesters. Protesters have a cause," Alvarez said. "This is a struggle. We're angry. We're angry at what's happening, but this is our city. Whoever this is, looters, they are tearing it down."