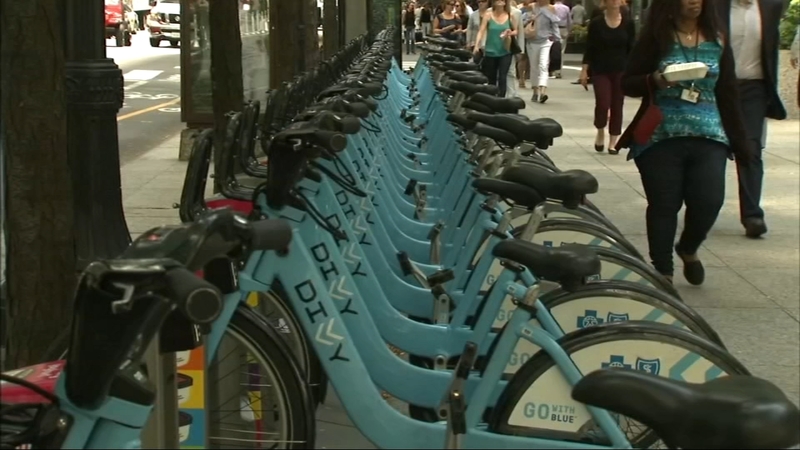 She was walking south in the 700-block of South State Street around 12:30 a.m. when police said the Divvy bike rider took hold of her purse.

They both struggled for the bag and the suspect crashed the bike into one of the victim's friends, police said. Then the suspect started running, purse in hand. The victim tried to run after him, but he got away.

No one was hurt.
Investigators said the robber may have had help. The group of women told police they were approached by a man who tried to help them, but they later saw that man with the robbery suspect.

Police said it was unclear whether the Divvy bike used in the incident was rented or stolen.

Friday's incident comes just a month after a gunman on a Divvy bike shot a teenager at the intersection of Wacker Drive and Wabash Street.

Divvy rider Scott Edmunds said it's unfortunate that these incidents are dragging the company into the spotlight.

"I guess it's somewhat expected," he said. "You'd hope to a large extent that people would have the moral compass not to do that, but unfortunately I think that's just the way of life."

"They were doing a water bottle trick where you think you check your bike in but the water bottle blocks you from locking in," Paris said.

Now Divvy is in the process of fighting back.

"In response to a recent series of thefts of bikes from stations, we're also retrofitting all of our docks with stronger, more tamper-proof lock mechanisms," a spokesperson for the company said in a statement.