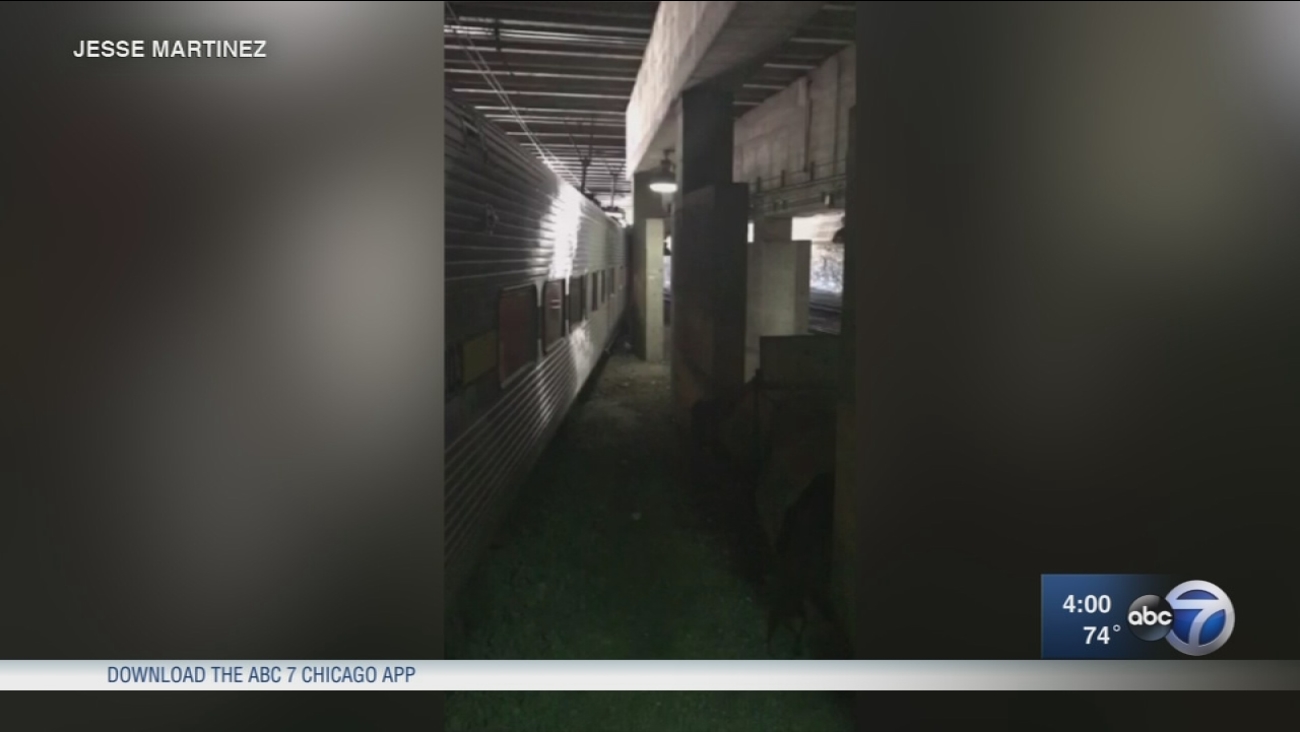 Normal service resumed as of 8 p.m. Tuesday, and the South Shore Line said they expect to operate a regular morning rush schedule Wednesday with a reduced number of cars on each train. Officials said 18 cars remained trapped at Millennium Station due to the derailment, and riders should expect crowded conditions on most trains.

Maintenance crews will work through the night to clear the derailment and restore service to South Shore's platform at the station. .

The derailment occurred below ground around 2:35 p.m. The NICTD said two people sustained minor injuries and three cars were affected by the derailment. Everyone has been safely evacuated off the train, officials said.

Cell phone video from a passenger shows what appears to be one of the middle train cars in contact with a beam or pillar near the station. The train is seen still upright but passengers said the derailment and/or impact with that beam disconnected that car from the rest of the train.

Passengers sat on the train for about an hour.

"I said 'We hit a speed bump,' sort of like when a car's moving, even though you're moving slow and you hit a bump and you still feel that little bounce. We felt that bounce even sitting down," said Raul Martinez, passenger.

"All of a sudden it was like a pop sound. And then the train stopped. That was it. We just sat there 30 minutes before anyone told us anything," said Edie Brown, passenger.

The cause of the derailment is under investigation. Chicago fire officials said one of the injured persons was taken to Northwestern Memorial Hospital for treatment of a minor injury. Passengers said they saw some ambulances at the scene.

NICTD operated unscheduled service from Metra's Millennium Station platform on the lower level of the Randolph Street station, making all eastbound stops to Michigan City. Eastbound passengers were bused from Michigan City to South Bend. At about 8:15 p.m., Tuesday night's trains were running with some delays.