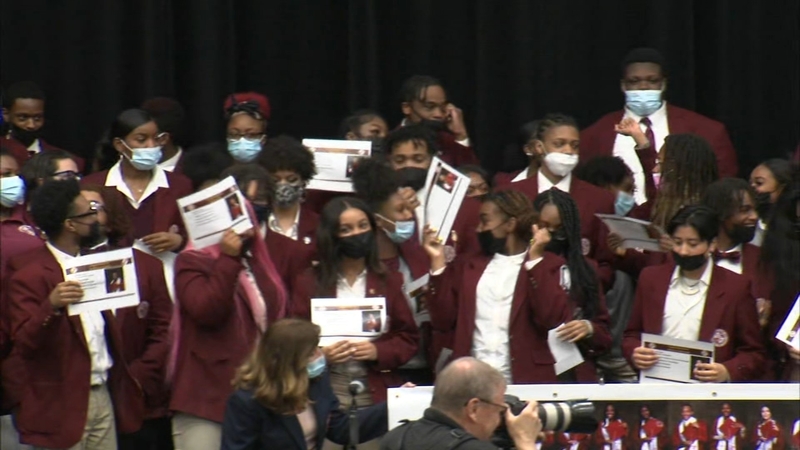 Suburban school's entire class of 2022 is heading to college

After years of hard work, the seniors at Southland College Prep got a chance to see how it has paid off as each student revealed where they will attend college in the fall.

All 115 members of the class of 2022 have been accepted, with some choosing between the nation's top schools, including Candace Cochran, who will attend Columbia University in New York.

"I've been accepted to 20 schools," Cochran said. "Some of the other ones included Vanderbilt, Northwestern, Johns Hopkins."

This end-of-the-year achievement has been the norm for the predominantly African American high school. Lauren Russell racked up more than $3 million in scholarships and 26 acceptances. She's leaning toward Dartmouth College, and said this would not have happened without hard work.

"I've never been the smartest person in the classroom, so when other students are getting a concept like this, it takes me twice as hard to get it," Russell said. "But I work hard because I want to stay ahead, I want to stay with my classmates at that level."

Dr. Blondean Davis, CEO of Southland College Prep, said the school's commitment to the students doesn't end once they graduate.

"You really can't send the first generation of college students away without checking on them and making sure they have support," Davis said.

In addition to their impressive accomplishments, the class of 2022 set a record, earning a total of $62 million in merit-based scholarships. They beat the previous record holder, the class of 2020, which earned $60 million.

"I knew we could do it," Russell said. "Some of these kids I've known since kindergarten and they've been the same way since kindergarten, working so hard, so smart. So I knew we would get to this point and I'm so proud of each and every one of them."

Blaze Atwood, who will attend Wake Forest in the fall, agrees that seeing his classmates work hard helped with his success.