Frustrated passengers left stranded at airports across the country are struggling to find a way out.

CHICAGO -- Southwest Airlines passengers, including some in Chicago, are bracing for another day of possible delays and cancellations Tuesday. Although, the airline said it "expects a more normal operation on Tuesday."

Southwest has had issues with cancellations since Friday, and Southwest Airlines, the FAA and union leaders are all giving different explanations for why more than 2,000 Southwest flights were canceled over the weekend.

Frustrated passengers have been stranded at airports.

"I am trapped," one passenger said.

Another passenger said their flight was canceled when they were already at the gate and had checked their bags. Another said they found out there were not any hotel rooms or cars available.

Those cancellations have forced many to miss work, vacations and even crucial doctor appointments. Fabricia Amara described what the missed flight for her 14-year-old daughter's neurosurgery appointment could mean.

"They told me you got to get here; otherwise it is next year," Amara said.

The company blamed the cancellations on air traffic control problems and limited staffing in Florida as well as bad weather. It told CNN late Sunday that getting operations back to normal was "more difficult and prolonged" because of schedule and staffing reductions made during the pandemic.

"We've continued diligent work throughout the weekend to reset our operation with a focus on getting aircraft and crews repositioned to take care of our customers," the airline said in a statement. It extended a "tremendous apology" to customers and employees.

In a statement, the Federal Aviation Administration said there have been no air traffic related cancellations since Friday. The agency said that airlines are experiencing delays because of aircraft and crews being out of place.

"Flight delays and cancellations occurred for a few hours Friday afternoon due to widespread severe weather, military training and limited staffing in one area of the Jacksonville Air Route Traffic Control Center," the FAA said.

However, other airlines did not appear to be as severely impacted by these issues. On Sunday, American Airlines canceled 2% of its flights and low-budget Spirit Airlines also canceled 2%, according to FlightAware.

In a Monday afternoon statement, Southwest said "weather" and "other external constraints" were the primary causes for the flight cancellations which "left aircraft and crews out of pre-planned positions to operate our schedule on Saturday."

"The operational challenges were not a result of Southwest Employee demonstrations," the airline added.

Southwest said they experienced fewer disruptions Monday and "hope to restore [their] full schedule as soon as possible."

Southwest canceled 808 flights on Saturday, stranding thousands of passengers across the country. Lines of Southwest customers piled up at airports, like Chicago's Midway, as they try to get answers to why their flights were canceled.

Marye Cory was set to fly from Oklahoma City to Orlando Sunday morning for a cruise. At 3 a.m. she saw her flight had been canceled and spent more than eight hours on the phone with customer service.

Cory said she has spent more than $400 and used 20,000 credit card points on a United flight that will depart the morning of her cruise. She also lost money on a booked AirBnb in Orlando and had to rearrange childcare.

"I've flown with Southwest over 200 times and I've always been very happy with their customer service," Cory said. "I hope they sort this out."

After nine hours trying to get a flight to Dallas on Saturday, Rhonda Hubbard said she and grandson could not get their bags back. Two days later, they are still missing two bags.

"My flight was canceled," Hubbard said. "How do your bags leave if your flight is cancelled?"

Hubbard, a supervisor in healthcare, was trying to take her first vacation since the pandemic started to see her family.

"When I'm in my job, the patients don't care that I don't have staff," Hubbard said. "I have to make it work and I have to continue to be professional about it, so I expect the same things."

DePaul University transportation expert Joe Schwieterman called the situation "one of Southwest worse crises in modern memory," noting that the airline has not given "a really good explanation of why this is happening."

"Unfortunately, the traveler is a little bit out of their own pocket on those expenses even when their flight is cancelled due to the airlines," Thornton said. "Universally, when a flight is canceled, people should know that they are entitled to a full refund for the price of that ticket."

Last week, the airline announced a vaccine mandate for employees, fueling speculation that the weekend delays may have been caused by a pilot walk-out.

"Southwest Airlines must join our industry peers in complying with the federal government's COVID-19 vaccination directive," Gary Kelly, Southwest Airlines Chairman and CEO said in a statement. "I encourage all Southwest Employees to meet the federal directive, as quickly as possible, since we value every individual and want to ensure job security for all."

The Southwest Airlines Pilots Association claimed the cancellations were due to "management's poor planning." CNN has reached out to SWAPA for comment.

"SWAPA is aware of operational difficulties affecting Southwest Airlines today due to a number of issues, but we can say with confidence that our pilots are not participating in any official or unofficial job actions," the union said in a statement.

The Southwest Airlines Pilots Association, representing 9,000 pilots, asked a federal court on Friday to block the airline's order that all employees get vaccinated. The union argued that Southwest must negotiate over the issue because it could involve sick leave or disability if pilots have a reaction to the vaccine.

"We are not anti-vaccination at all, but our pilots are extremely worried about how their medicals are going to be handled" if they are unable to fly, union president Casey Murray told The Associated Press. Murray said pilots had not staged a sickout because of the vaccine mandate.

Southwest has had a difficult year. The airline had the worst on-time performance and the greatest percentage of canceled flights of any of the nation's four major airlines in June and July, according to flight tracking service Cirium. Passengers aren't the only ones upset with Southwest: Unions for pilots, flight attendants and mechanics have all voiced complaints about the airline's operations.

"To any Southwest customer whose journey with us fell short of their expectation this summer, we offer our sincerest apologies," said a statement from Kelly. "We're confident these adjustments will create a more reliable travel experience."

The airline said the modified schedule affected operations this weekend.

"With fewer frequencies between cities in our current schedule, recovering during operational challenges is more difficult and prolonged," Southwest said in a statement.

Anyone traveling Tuesday is urged to check his or her flight status or contact Southwest Airlines; although, most flights appeared to be on-time early Tuesday at Midway.

"As we complete efforts to stabilize our network, Southwest expects a more normal operation on Tuesday with approximately 90 system-wide cancellations out of the airline's almost 3,300 flights scheduled for the day. The Southwest Team appreciates the patience of Customers, and we extend our gratitude to our Employees who have worked tirelessly to stabilize our operation. We've built a reputation around safe, reliable, friendly air travel, delivered with legendary Southwest Hospitality, and we're sorry to anyone whose experience did not reflect that over the past several days. If Customers require assistance from Southwest, they can utilize one of the airline's self-service options for convenience or Contact Us via one of the methods listed on Southwest.com."

WLS and Associated Press contributed to this report 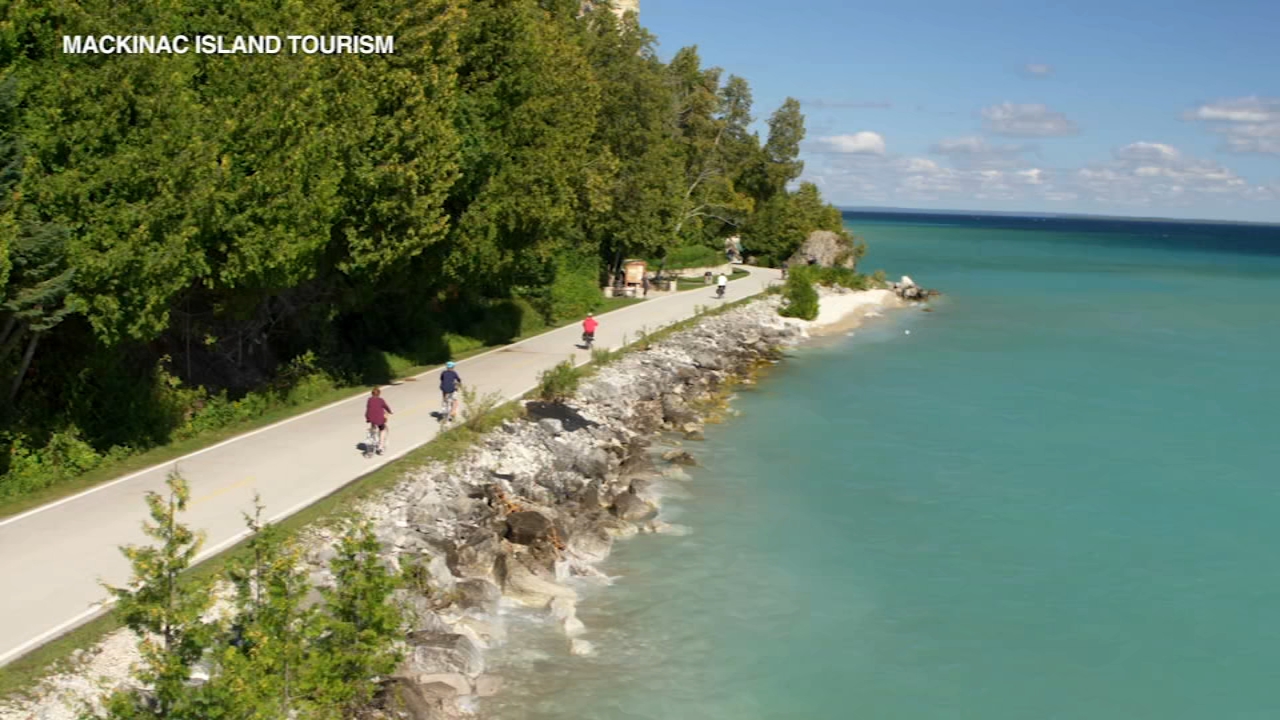 National Plan A Vacation Day: What to do on Mackinac Island

Wintry weather scrubs more than 1,000 flights in US