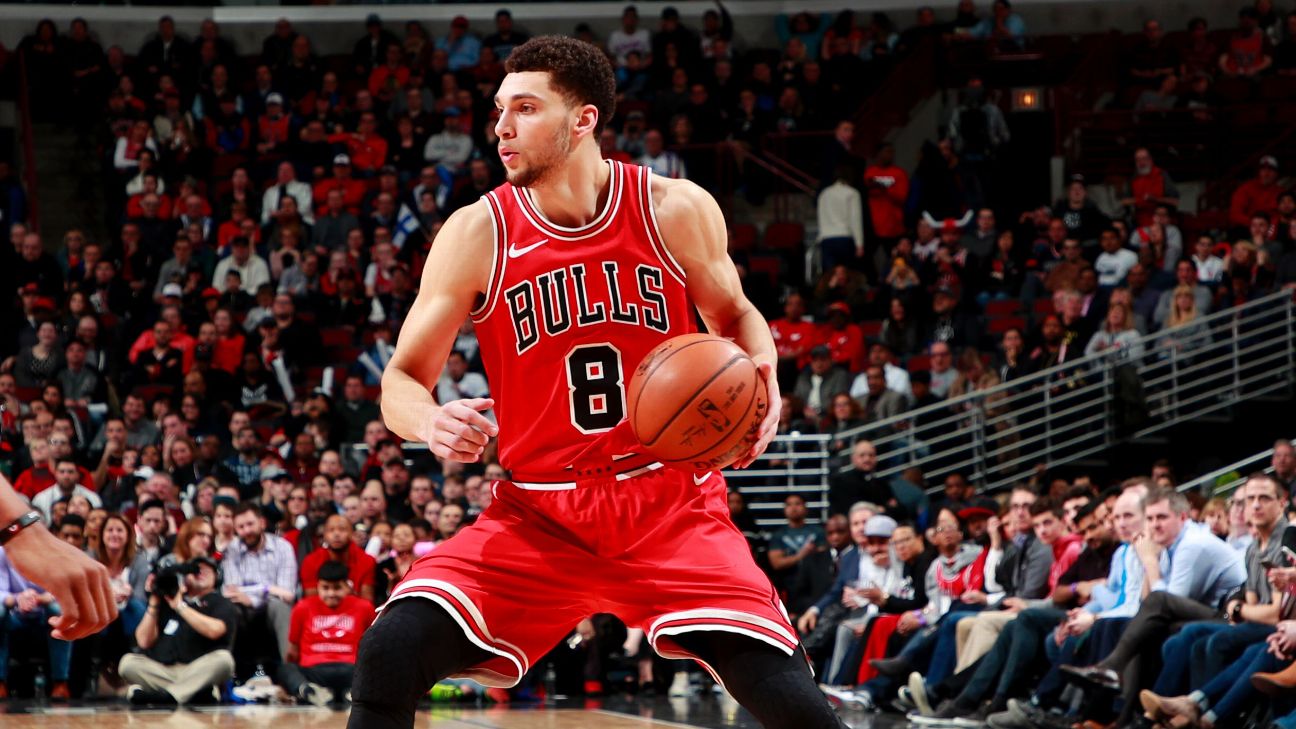 LAS VEGAS -- Zach LaVine says he is ready to "wake up" the doubters who wonder if he is worth the four-year, $78 million extension the Chicago Bulls officially matched on Sunday.

"I'm my hardest critic," LaVine said Sunday night during the Bulls' summer league game. "There's nothing that any of you guys can say to me that I [don't] take harder upon myself. I go back and critique my game every year. I'm used to people sleeping on me, and I'm also used to waking them up as well. I'm happy that I have this contract, and I'm happy that I have a little extra motivation to go out there and prove it to some people that don't believe in me.

LaVine, a 23-year-old swingman, was thought to be the centerpiece for the Bulls in the trade that sent Jimmy Butler to the Minnesota Timberwolves on draft night last season. LaVine said he never wavered in the belief that he would find the big-money offer sheet that came his way from the Sacramento Kings on Friday night.

"I know what I'm worth, man," LaVine said. "I put a lot of hard work into this. People [are going] to put their own opinions on things, or everybody on social media, they try to judge you, but I came back last year. I played in 24 games. We had an understanding. I'm just getting back on the court. I'm able to get my rhythm down and things like that. I knew what my market was even in a dry market. I knew what I was going to be around, so I'm glad that we finally got to come to a conclusion and both sides are happy with that."

After signing the extension with the Kings, LaVine told The Undefeated's Marc Spears that he was disappointed the Bulls hadn't done more to lock him in as a restricted free agent when the free-agency period opened.

"I'm disappointed that I had to get an offer sheet from another team," LaVinesaid at the time. "But Sacramento stepped up and made a strong impression. It appears that Sacramento wants me more than Chicago."

LaVine backtracked from those comments after the deal with the Bulls became official.

"So I'm happy; my agency's happy. I've talked to Gar and Pax," he said, referring to longtime Bulls executives Gar Forman and John Paxson. "I've talked to Coach [Fred] Hoiberg. We're all ecstatic to be able to get this franchise back to where it belongs. But a lot of stuff with media, it can be taken out of context. Emotions, whatever it is, it can be taken out of context. I want to let them know that I never have any bad will toward Chicago. You guys were the first team to show interest in me from Minnesota, and I'm extremely happy to be back."

Hoiberg didn't seem concerned that LaVine's comments in the moment would have any lasting impact.

"Listen, Zach's a great kid. He's a great teammate," Hoiberg said. "We're going to move forward with the direction with this young group of guys that Zach's a huge part of, obviously. We feel with his skill set, he fits with how we want to play. I can't stress it enough, having a full summer, having a full offseason, a full training camp will benefit him greatly."

LaVine said his goal is to "live up to my own potential," and he isn't worried about the language in his new deal that protects the Bulls in case he suffers another major knee injury. LaVine tore the ACL in his left knee a year and a half ago.

"I think any team would have put that in there, if it was Chicago or any other team," LaVine said. "I'm fine with that. I feel 100 percent stable with my knee. I work on it every day and I have no concerns about that, but it's protected for the team as well, and if I were a business partner, I would want to have that in place either way. I have no ill feeling toward that, so I think it's a good part of the contract."