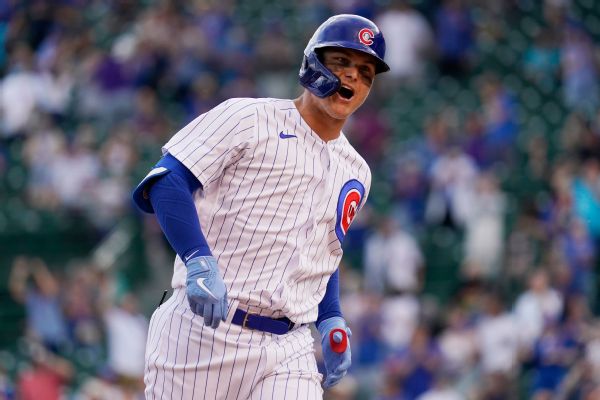 CHICAGO -- Chicago Cubs outfielder Joc Pederson was activated from the injured list on Monday and is set to lead off against his former team, the Los Angeles Dodgers, in Tuesday's doubleheader.

Monday's game was postponed due toinclement weather at Wrigley Field. The teams will now play two seven-inning games on Tuesday.


Pederson, 29, has been out of the lineup with wrist tendinitis after a slow start to the season at the plate. Pederson is hitting .137 in 51 at-bats heading into Tuesday's games.

He was in the Dodgers organization for a decade before signing a one-year, $7 million deal with the Cubs this past winter.