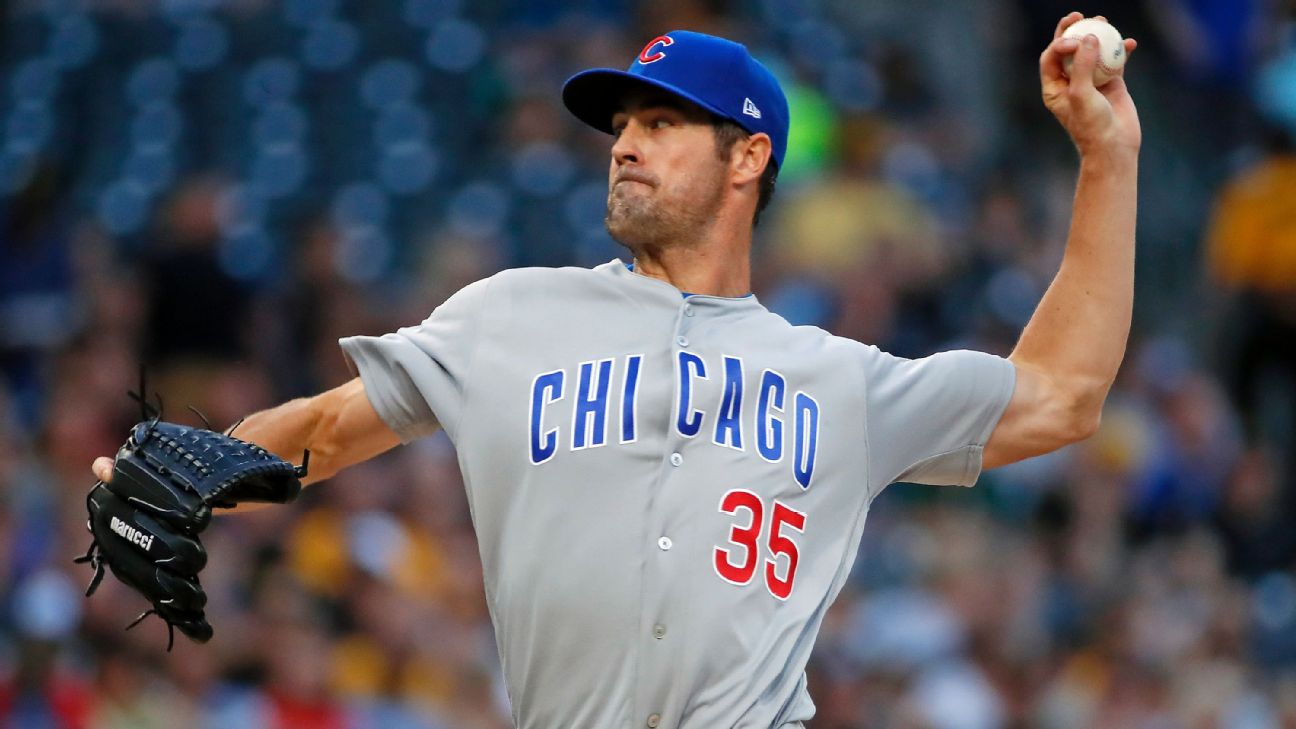 MILWAUKEE -- It's not enough for the Cubs and Brewers to play intense games -- almost with a playoff-like atmosphere -- as they did again on Monday. They also seem to rile each other up off the field as well.

New Cubs pitcher Cole Hamels added to the rivalry after the Brewers' 4-3 walk-off win -- though he wouldn't quite describe it that way.

"When you have the majority of Cubs fans in the stands, I don't know if that's a rivalry," Hamels said bluntly after the road loss. "They aren't going to like me for the comment, but look at the ticket sales. When they start to get a little closer and their fans sell out, then I think that's kind of the understanding [of a rivalry]. But Cubs fans travel well."

Speaking of ticket sales, it's not like the Brewers don't know what they're up against. Last winter, they offered tickets to their home games against the Cubs for Wisconsin residents only, at least before offering them to residents outside the state. The promotion doesn't seem to have made much of a difference, as Cubs fans have continued to pour into Miller Park. The 90-mile drive from Chicago doesn't faze them.

Hamels also cited his days in Philadelphiawhen Phillies fans would travel to Washington for games against the Nationals, calling that a rivalry.

Not so far with Milwaukee, according to the left-hander.

"They have great players, but in this game of baseball, you want to see the fans in the stands," Hamels said. "To be able to have the Cubs fans travel in the masses that they do, it's great to see."

Reaction to an eighth-inning home run by Cubs first baseman Anthony Rizzo -- the first given up to a lefty by Josh Hader in his career -- was a good example of how well Cubs fans travel. You wouldn't know a visiting player had hit it, as the crowd erupted, while giving the Cubs a 3-2 lead.

It's not like there were no Brewers fans among the 44,462 in attendance, as the dramatic walk-off ground ball -- Kris Bryant went for a double play instead of throwing home -- elicited some noise as well. But overall, the crowd seems split on the very best days for the Brewers.

"That's the nature of where it is [the rivalry]," Hamels said. "It's probably not going to sit too well with them."

The win by Milwaukee drew them within four games of the Cubs for the Central Division lead in the National League.