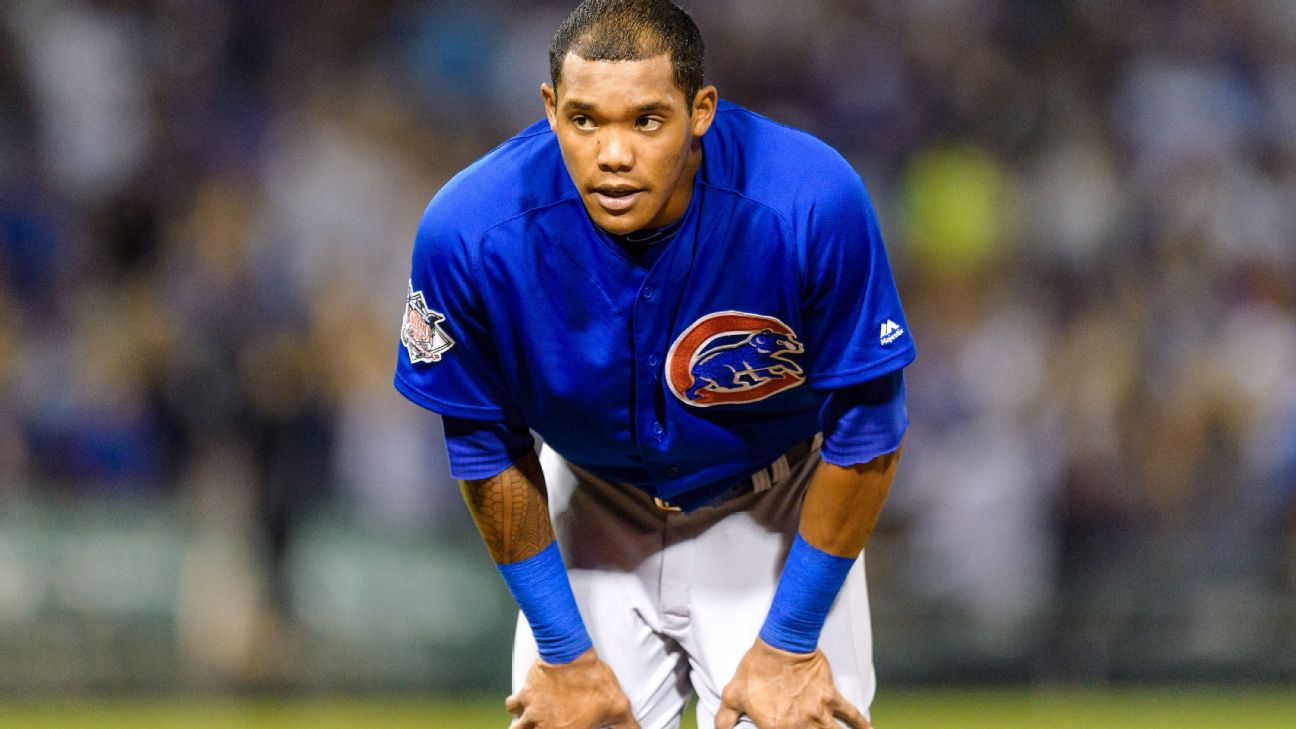 Chicago Cubs infielder Addison Russellreturned from suspension on Wednesday, striking out in his first at-bat to a chorus of boos and a smattering of applause in his first game in a big league uniform since Sept. 19.

"He looked really good in the field, defensively real smooth,'' manager Joe Maddon said. "I thought at the plate he was a little bit off.''

Russell, 25, was suspended 40 games in September for violating the league's domestic abuse policy after an investigation into allegations of emotional, verbal and physical abuse made by his ex-wife, Melisa Reidy.

Russell, who started at second base on Wednesday, served the final 28 games of his suspension at the beginning of this season and went through league-mandated counseling as well as his own therapy.

"I've just improved overall," Russell said before Wednesday's game. "Better relationships and communication with my teammates and family and friends. Just overall, I feel like I'm a better person.

"Hearing from my family and friends and also teammates that I've improved is a lot of assurance for me. And just continuing my therapy, as well. I know I'm making great strides. It's a long road ahead. There is no finish line, but I'm committed to this."

The Cubs tendered a $3.4 million contract to Russell in December on the condition he follow all league- and team-mandated guidelines for rehabilitation. The Cubs have repeatedly said they want to be part of the solution as it concerns Russell and the "plague" of domestic abuse in society.

"This does not represent the end of the road or an accomplishment in any way," Cubs president of baseball operations Theo Epstein said Wednesday. "But there has been progress. And not just taking Addison's word for it. I've remained in touch with the people who are important to him, people who are in his orbit, including Melisa. I've received a lot of positive testimony about Addison's growth to this point, his coping skills, his emotional control, his communication skills, his engagement as a father."

Russell's return has been a controversial topic in Chicago. He was asked if winning back the fans was a goal.

"I think that's a huge step along the way," he said. "The goal -- I can't tell you what the big goal is -- but I can tell you that I just need to hit small goals. And then, over time, reflect and then look and see how far I've come, and then just keep going forward."

Negative fan reaction is a reality that Russell is likely to have to deal with, perhaps for the rest of his career.

"If there is an additional burden on him, additional scrutiny on him or other things he has to deal with, I think that's just part of the process," Epstein said. "That's not unfair."

Russell was asked how people will know he is being sincere in his rehabilitation and overall improvement.

Russell's return was supposed to come next week, after another few games in Triple-A. It was moved up because Ben Zobrist was placed on the restricted list and set to take a leave of absence for personal reasons.

Meanwhile, current closer Pedro Strop was placed on the 10-day injured list with a Grade 2 strain in his left hamstring. The Cubs activated lefty Mike Montgomery from the IL to take Strop's place on the roster.

Maddon said he'll use several different arms to close while Strop heals up. But the ninth inning will be the least-watched thing on Wednesday as Russell wears a Cubs uniform for the first time since the end of his suspension for domestic abuse.

"I'm happy I have this second opportunity," Russell said. "I'm looking forward and still improving as a person." 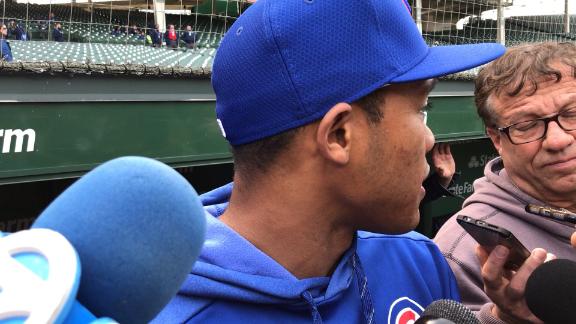