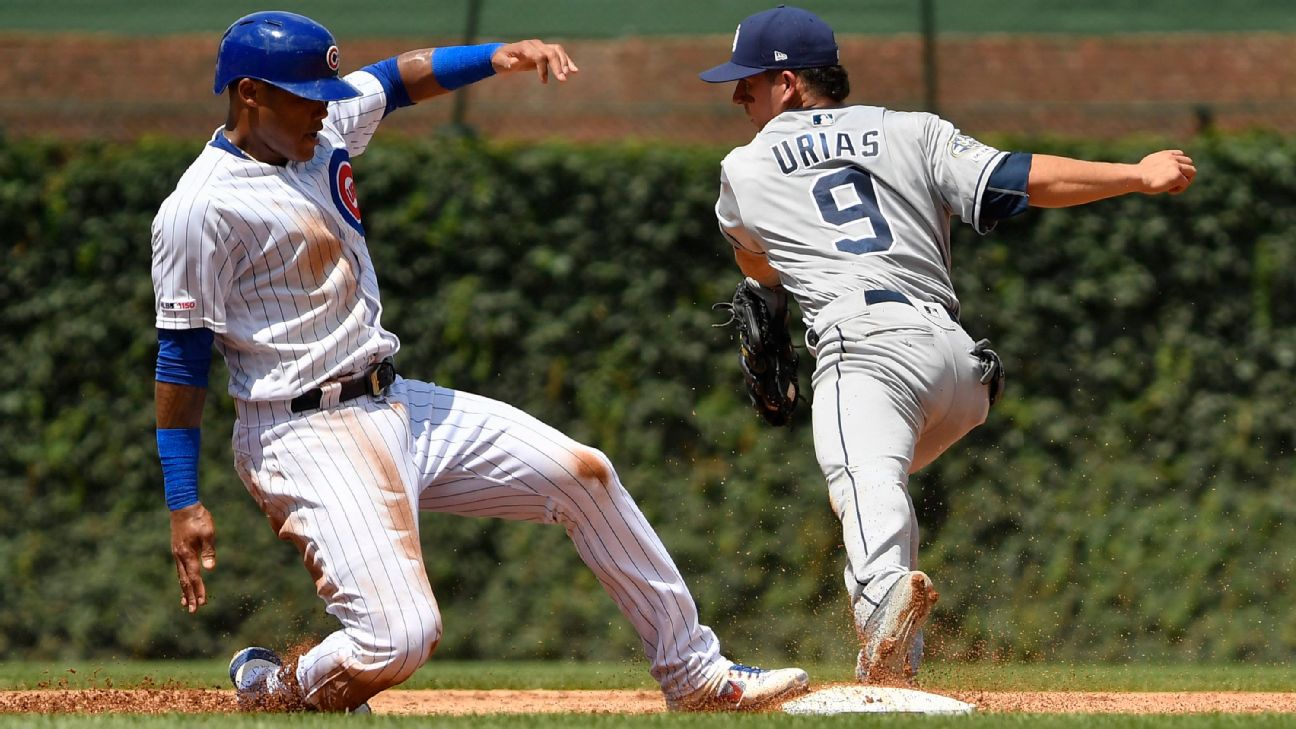 Bryant homered in the top of the third but left with right knee soreness in the fifth inning of the 4-1 victory. He said he tweaked his knee during indoor batting practice before the game and aggravated it when his cleat got caught in the turf.

The Cubs are off Thursday, but Bryant said he thinks he'll play Friday at the Milwaukee Brewers.

Also on Wednesday, the team activated All-Star catcher Willson Contreras from the injured list and scratched left-hander Jon Lester from his scheduled start because of an illness. Russell was sent to Triple-A Iowa to make room for Contreras.

On Monday, Russell admitted he has to play better after being called out by Chicago manager Joe Maddon over the weekend.

Russell, 25, had a day to forget on Saturday against theSan Diego Padres, as he missed two popups, got thrown out at home on a ground ball, didn't advance to third on a potential wild pitch and subsequently got doubled off second base.

"It's good for him as much as anything," Maddon said of Russell on Wednesday. "We need to get him back to the player that he had been. He just hasn't been able to recapture that form. With everything considered, we thought it was best to get him some regular at-bats, hopefully clear his head up a little bit, running the bases, getting the signs, the focus returning.

"It wasn't sending him out to send a message, necessarily. That wasn't it. The message is we need to get him better. The primary thing is to get Addison playing baseball like we know that he can."

"He's going to be important to this team if we keep moving forward," Bryant said. "Sometimes you have to take a step back to move forward."

Entering Monday's game in San Francisco, Russell had made an out on the bases (not including pickoffs, caught stealing or forceouts) in one of every 41.5 plate appearances. According to ESPN Stats & Information research, that's the second-worst ratio of any player with at least 100 plate appearances this season.

Russell had only two plate appearances in the first two games of the three-game Giants series. He has a .733 OPS this season in 55 games, after serving the final 28 games of a 40-game suspension issued last season for violating the league's domestic violence policy.

It has been a steep fall for Russell. Once the Cubs' shortstop of the future, he hit 21 homers and drove in 95 runs during the 2016 title campaign. But his stats have declined each year since, as his off-field problems have mounted. He lost his shortstop job to Javier Baez, who has since become an All-Star.

The moves leave the Cubs with one true shortstop on the roster, along with three catchers. David Bote will get more reps behind Baez, while the emergence of rookie Robel Garcia at second base also made Russell expendable.

Contreras had been on the 10-day IL since July 14 because of a right foot strain. He was slated to start at catcher and bat fifth in his return to Chicago's lineup.

Meanwhile, Maddon said he is "cautiously optimistic" thatBen Zobristwill return this season.Zobrist has been on the restricted list since May 7 for what was described as personal reasons; he has since gone through a divorce.

"There's nothing clear yet, but it's trending in the right direction," Maddon said of Zobrist. "... It's not going to be tomorrow or next week, but as he starts working out, moving this thing forward, a big part is going to be, 'How do you feel?'

"Go work out, let's get you in some games and tell us how you feel."

Sources told ESPN that a target date for Zobrist's return is Sept. 1, when rosters expand.