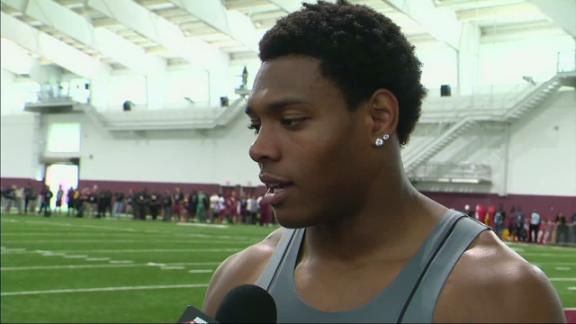 TALLAHASSEE, Fla. -- Jalen Ramsey grew up just outside of Nashville, Tennessee, but that's not why he wants the Tennessee Titans to take him with the No. 1 overall pick in the upcoming NFL draft.

The former Florida Statedefensive back wants to hear his name called first because he believes he's the best player in the draft.

"It's what I've always dreamed of," Ramsey said Tuesday after FSU's pro day. "It's what I've worked for, and I want them to pick me because they know I'm the best player in this year's draft [and] not because I'm a guy from Tennessee. That's just icing on the cake.

The 6-foot-1, 209-pound Ramsey certainly proved himself as one of the best players in the country during his three-year career with the Seminoles. He was a three-time All-American from various outlets and broke up 23 passes, forced three fumbles, intercepted three passes, and recorded five sacks.

He has been labeled the best pure athlete in the draft. Were it not for the fact that Ole Miss left tackle Laremy Tunsil moves like a dancer, Ramsey probably would be the consensus top pick.

Ramsey's ability to play cornerback, safety and nickel back -- and play them all well -- makes him valuable because of the wide-open offenses in the NFL.

"And he's a great blitzer. You're talking about a guy who's a tremendous blitzer off the edge and the way the game is played now on defense you can't find enough of those guys."

Ramsey didn't participate in any agility drills or run the 40 on Tuesday -- he said he wanted to rely on his NFL combine results -- but he did do defensive back drills. He said his performance should only reinforce his argument to be the No. 1 pick.

"I've proven it," Ramsey said. "I've had the resume for it. You can watch my game film. Wherever you want to put the spotlight on me, wherever you want to try to put pressure on me, I'm going to step up to the challenge. I'm a competitor. I'm a winner. That's just what I do." 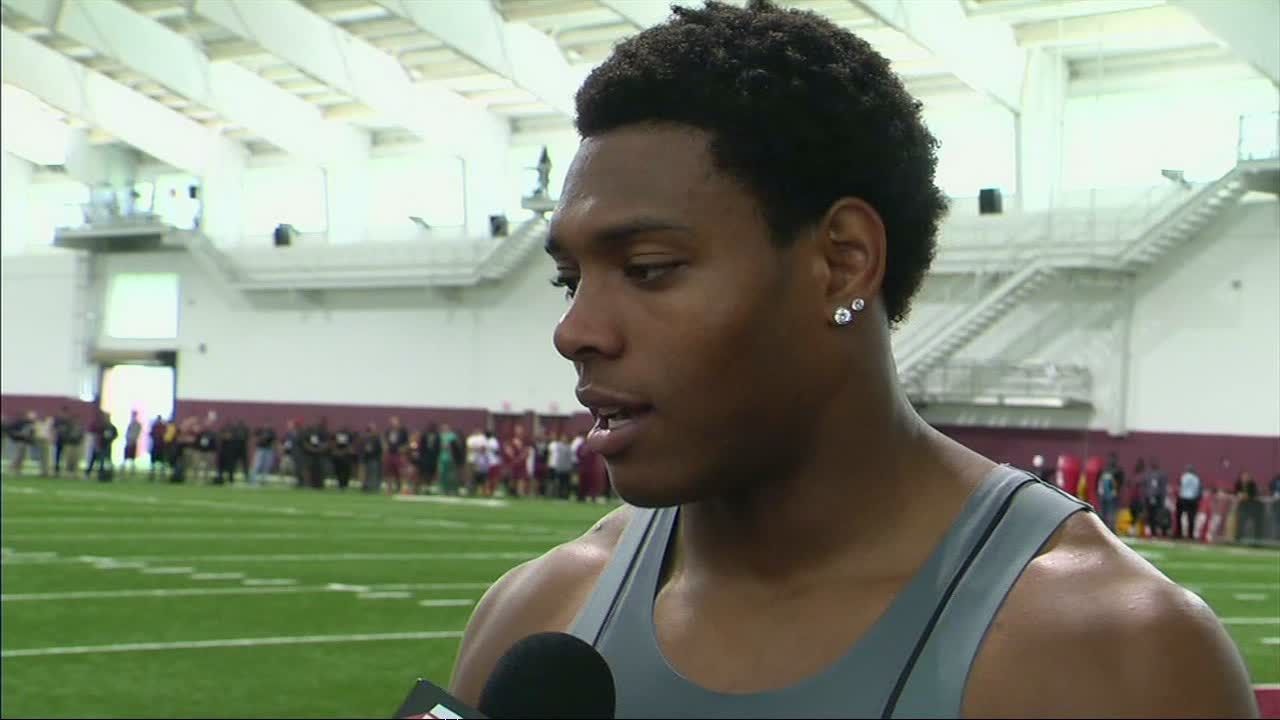 Ramsey: 'I'm just controlling everything I can'
No. 1 CB draft prospect Jalen Ramsey explains that he is doing everything in his power to prove to NFL teams that he is worthy of their pick, as well as evaluates his performance at Florida State's pro day.