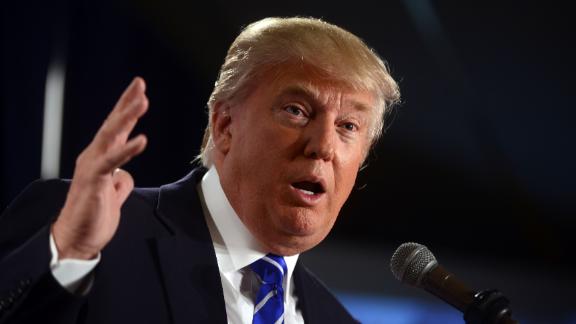 New York City businessman and billionaire Donald Trump says he is committed to buying the Bills and keeping them in western New York, according to The Buffalo News.

"I'm going to give it a heavy shot," Trump told the News on Monday from his office in Manhattan. "I would love to do it, and if I can do it, I'm keeping it in Buffalo."

Multiple sources confirmed to the News that Trump has had two conversations with Bills president and CEO Russ Brandon.

Trump, who earlier this month confirmed that he was contacted by a group looking to purchase the Bills following the death of longtime owner Ralph Wilson, also wanted to ease concerns that he would move the team to Los Angeles or Toronto.

He has previously said it would be "catastrophic" if Buffalo lost the Bills."I live in New York, and it's easier for me to go to Buffalo than any other place," Trump said. "Where am I going to move it, some place on the other side of the country where I have to travel for five hours?"

Trump believes his history with the NFL would play no role in a potential purchase of the Bills.

In 1983, Trump bought the New Jersey Generals and was largely responsible for the USFL switching from a spring schedule into direct competition with the NFL in the fall.

"I think the NFL owners respected me for it because I took a dead league and made it hot," Trump said. "But my thing when I bought the team was, 'I will not play football in the spring.' Even if they would have teetered along for another couple years, it wouldn't have survived in the spring. And if I hadn't gotten involved, they wouldn't have lasted another season.

Since the death of Wilson in late March, speculation around the Bills' future in Buffalo has increased.

The team has confirmed that the franchise will eventually be sold, saying "a process will be established at an appropriate time" for the sale.

Information from ESPN.com Bills reporter Mike Rodak was used in this report.