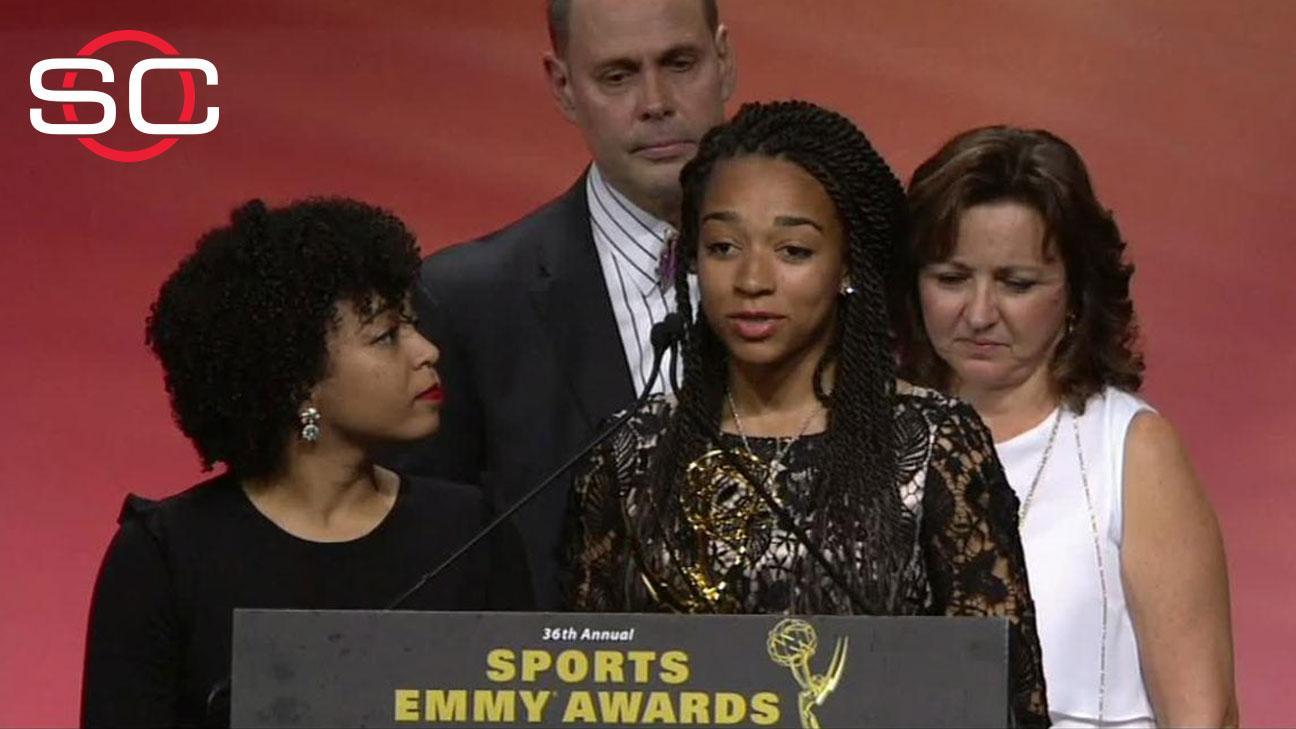 Taelor and Sydni Scott were on hand at the 36th Sports Emmy Awards as their father was honored for his contributions to sports media earlier in the night.

"This belongs to Stuart Scott," Johnson told the girls as he gave them his award. "This is your Emmy."

Scott died on Jan. 4 after a lengthy battle with cancer. He was 49.

Scott was a champion for cancer research and devoted time and energy toward improving outcomes for African-Americans and other minorities with cancer. Scott was involved in a clinical trial himself.

Tuesday marked the third time Johnson -- who overcame Non-Hodgkin Lymphoma in 2006 -- has won the Emmy for best studio host. He is the host of TNT's "Inside the NBA."

The New York event also saw former ESPN president and executive chairman George Bodenheimer honored with the Lifetime Achievement Award on a night in which the network claimed 11 Sports Emmys -- tying its highest total ever.

"[Joining ESPN] was the opportunity of a lifetime, building something out of nothing," Bodenheimer said while accepting the award. "For me and hundreds of others, it became more than a job; it was an extended family." 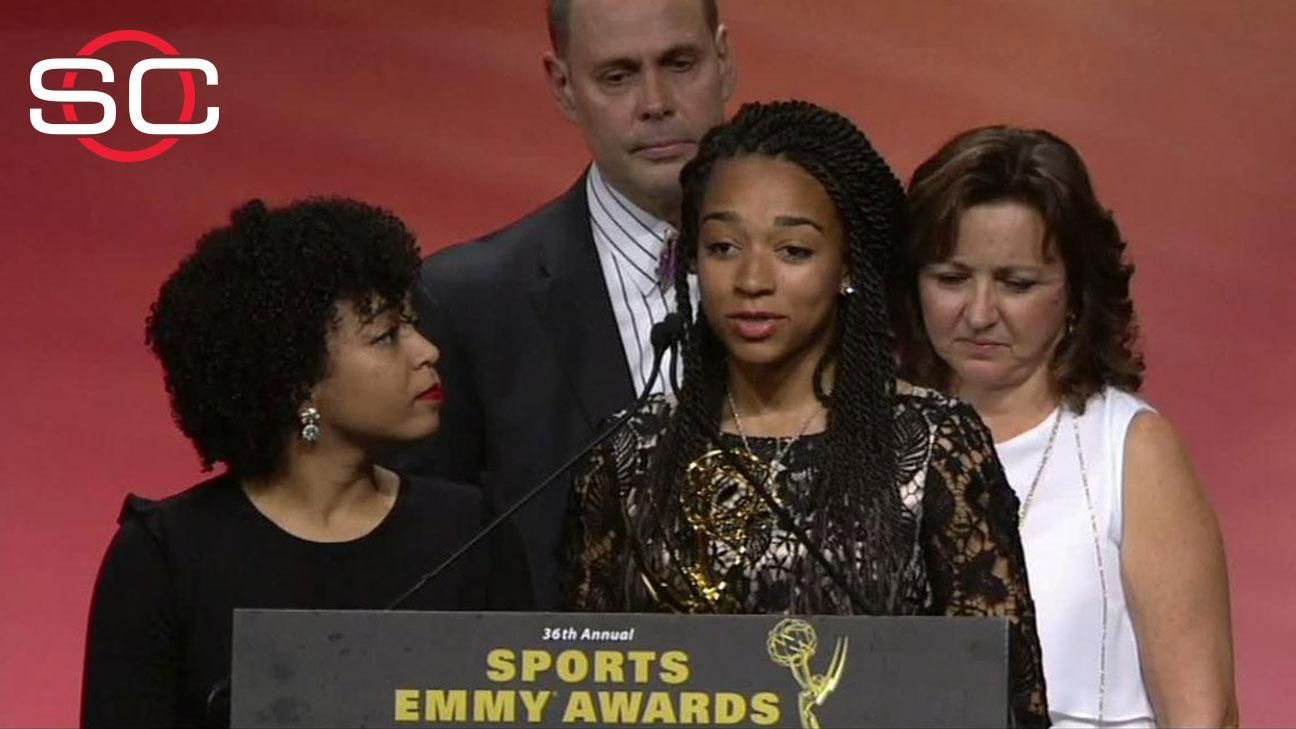