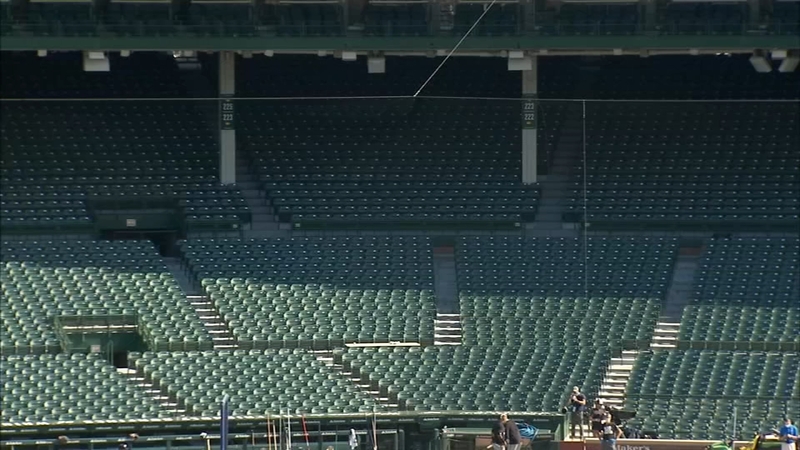 CHICAGO (WLS) -- Opening Day baseball in Chicago had a bit of a twist Friday.

It was far from a typical opener for either team, with no fans in the stands due to COVID-19.

In Bridgeport, fans were hungry for baseball as they grabbed classic ballpark eats about as close to Guaranteed Rate Field as White Sox fans can get ahead of the Friday night opener.

"We're in a weird situation right now. We got to make everything as normal as possible," said Josh Kalamotousakis, a White Sox fan.

Even though fans cannot be in the stands, Kalamotousakis still took the day off from work.

The White Sox and Cubs open their seasons in Chicago Friday.

"I'm going to fire up the grill in the backyard and get some beers going too," he said. "I haven't a missed an opening day in I don't know how long, regularly would attend, so might as well feel like I'm there."

There was no big party at the Sox's park lot, which sat eerily empty Friday.

Not far away, 33rd Street shut down and expanded the outdoor seating at neighborhood taps like Cork and Kerry at the Park.

"Think it's great they let us close the street down and get some people together from the neighbor and hopefully enjoy Sox win tonight," said Joe Micetich the manager at Cork & Kerry at the Park.

Face coverings were being sold on the streets of Wrigleyville.

"I am going to keep on going and hopefully I can sell out. I got quite a few," said Moniqe Grant, a mask vendor.

"This is actually the first year I have not had season tickets and it is a new experience for sure," said Adam Kredow a Cubs fan.

"I am here with some of my BFFs and we have gone to so many opening days," said Gigi Gilber, a Cubs fan.

Nine-year-old Armando Macias wandered around outside of the bleachers decked out in his Cubbies gear with his dad and sister in Wrigleyville.

"Love the game missing the game," one fan said.

No one was hawking tickets or peanuts in the now mostly empty streets before the game.

"I can't believe how empty it is. You don't get the same feeling that you usually get on Opening Day," said Jeff Zawacki, a Cubs fan.

Those lucky enough to snag a Wrigley rooftop seat might think differently since they had a bird's eye view of the diamond.

Both teams will play 60 game schedules against teams from the central division in the American and National leagues.

The Cubs will be airing all of their games this season on the Marquee Network, which secured a last-minute deal Friday with Comcast to carry games, ESPN's Jesse Rogers reports.

The White Sox will get underway at 7:05 p.m. at Guaranteed Rate Field, with Lucas Giolito starting on the mound for the Sox and Jose Berrios starting for the Twins.
The Cubs will take on the Milwaukee Brewers at 6 p.m. at Wrigley Field. Kyle Hendricks gets the nod as the Opening Day starter for the Cubs, with Brandon Woodruff starting for the Brewers.

Before the MLB season got underway on Thursday, MLB and the MLB Players Association announced an expanded playoffs for this season.

Sixteen teams will make the postseason, up from 10 previously. The first and second place teams in each division will make the playoffs along with two wild card spots in each league.
Report a correction or typo
Related topics:
sportschicagolakeviewarmour squaremlbbaseballchicago cubschicago white sox
Copyright © 2021 WLS-TV. All Rights Reserved.
BASEBALL

Kids forced to drop out of tournament over vaccine requirement 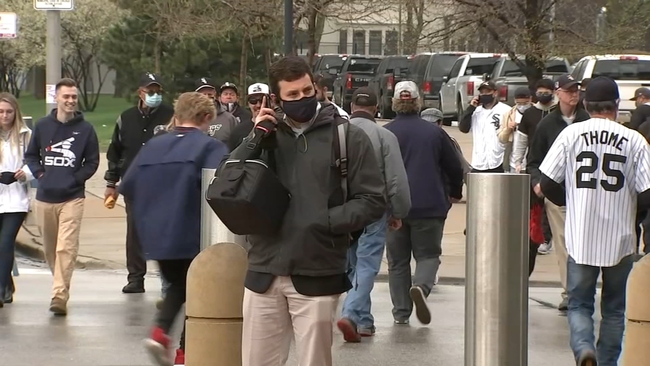