From Notre Dame's play on 'Jump Around,' to Arkansas' continued dominance over the state of Texas... 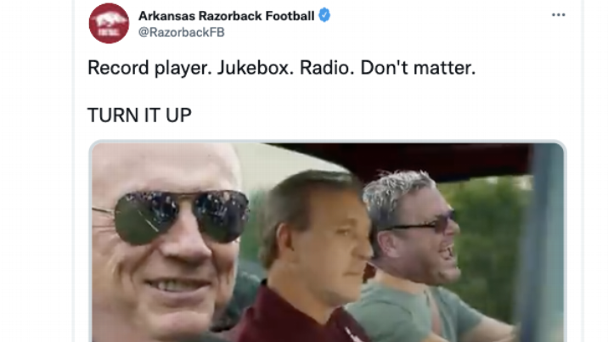 We're already through Week 4 of the college football season and we've seen a few upsets, blowouts and other surprises.

A considerable amount of trolling comes with the territory.


You might have had your eyes glued to the TV watching today's action -- and rightfully so -- but here are some of the week's most entertaining subtweets and burns.

This week's College GameDay clash in Chicago was a reunion game for current Fighting Irish quarterback and former Badger Jack Coan. Unfortunately, Coan exited early with an injury, but freshman Drew Pyne picked up right where the grad transfer left off.

An impressive offensive effort and dominant defense carried Notre Dame to a 41-13 victory.

The win was also celebrated on social media with a post that poked fun at Wisconsin's "Jump Around" tradition.

Entering the game, Arkansas was off to a red-hot 3-0 start, and the Razorbacks did not show any signs of slowing after jumping out to an early lead on the Aggies. The SEC Network had a little fun while updating fans ahead of the third quarter.

Just two weeks after manhandling the Texas Longhorns, the Razorbacks strengthened their ownership of the Lone Star State with a 20-10 victory over Texas A&M.

Ahead of their matchup, Mizzou head coach Eli Drinkwitz made comments that Boston College did not take lightly.

"If I had my pick of it, I would love to play a regional matchup that was maybe more of a rivalry game," Drinkwitz said. "That would be maybe a little bit more exciting to recruits to watch from a TV perspective or maybe we're playing in front of your family."
Here's the kicker:

"I don't know the last time Missouri signed a kid from the great state of Massachusetts."

After BC handed Mizzou its second loss of the season in an overtime thriller, the Eagles' Twitter page decided to quote Drinkwitz.

The Rainbow Warriors might have actually trolled the Aggies on the field, rather than off, with this video game-style play.

This touchdown run looks like it was straight out of Madden.

No. 2 Georgia vs. Vanderbilt

By no means was this a marquee matchup, but Georgia's domination of Vanderbilt was a noteworthy feat. The box score did not do justice in recognizing how lopsided this game was. For reference, the Commodores' 77 total yards of offense barely topped the Bulldogs' 62 total points.


The Golden Gopherswere favored by 30.5 points, but then the Falconssoared. They ruined the Gophers' homecoming on Saturday with a stunning victory.

Ahead of the game, Minnesota owned the longest streak of consecutive nonconference wins, but it was snapped at 21 games.

The loss was Minnesota's first to a non-Power 5 conference opponent since losing to FCS powerhouseNorth Dakota Stateon Sept. 24, 2011.

Naturally, Bowling Green was through the roof -- and to the moon -- about its big win. 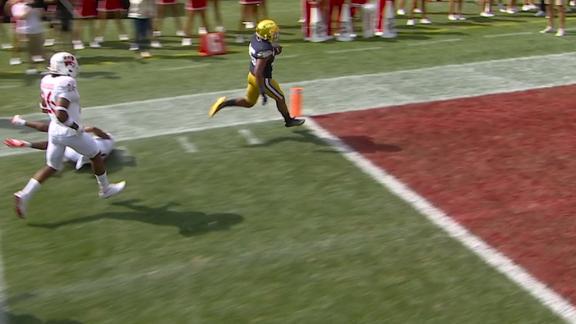 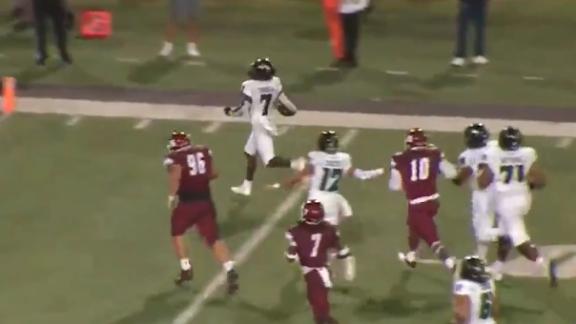