From Tom Brady to Nick Foles: How the NFL's new starting quarterbacks stack up 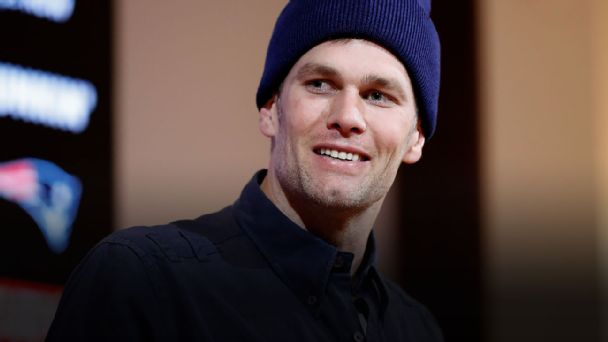 The first wave of NFL free agency is over and several starting quarterbacks -- including the one many consider the greatest of all time, Tom Brady--have landed in new cities.

Brady has moved on after 20 seasons, nine Super Bowls and six titles with the New England Patriots.

Nick Foles, who signed last offseason with the Jacksonville Jaguars, is now in Chicago and will likely be the starter over Mitchell Trubisky. Teddy Bridgewater and Philip Riversalso have moved to new teams.

Tyrod Taylor and Jarrett Stidham will likely move into starting roles for the Chargers and Patriots, respectively.

How do they fit in, and what's next? Our NFL Nation reporters break it down.

The move: The Bucs signed him to a two-year deal worth $50 million guaranteed in free agency, sources told ESPN's Adam Schefter. It also includes another $9 million in incentives, $4.5 million per year.

Is he the new starter? Brady will take over for Jameis Winston, the Bucs' starter for the past five years and their 2015 first overall draft pick.

Is he an upgrade? Brady might not reach Winston's 5,109 passing yards from 2019, but even in a down year Brady threw eight interceptions compared to Winston's 30. Brady may be in the twilight of his career at 42, but he's leaps and bounds ahead of Winston when it comes to decision-making -- that alone can make a huge difference in the win-loss column.

Now what? Expect coach Bruce Arians, who has worked with the likes of Peyton Manning, Andrew Luck, Ben Roethlisberger and Carson Palmer, to adopt a collaborative approach to highlight Brady's strengths. Brady will have input, which was one of the reasons he was drawn to working with Arians. -- Jenna Laine

The move: Bridgewater agreed to a three-year, $63 million deal in free agency.

Is he the new starter? Yes. Bridgewater will replace Cam Newton, the starter since Carolina made him the first pick of the 2011 draft. Newton was released by the Panthers on Tuesday.

Is he an upgrade? Bridgewater is healthy, and there remains uncertainty in that regard when it comes to Newton, who's still rehabbing from December Lisfranc surgery. Bridgewater also is three years younger than Newton, who turns 31 in May. Would Bridgewater be an upgrade over a completely healthy Newton? No. Newton was the 2015 NFL MVP and the best dual-threat quarterback in the league before Lamar Jackson arrived in Baltimore. Bridgewater is steady and consistent, but not spectacular.

Now what? The Panthers have signed XFL star P.J. Walker, a part of first-year coach Matt Rhule's turnaround at Temple, and have 2019 third-round pick Will Grier competing for the backup spot. Don't be shocked if they take a quarterback in the draft at No. 7 if Alabama's Tua Tagovailoa or Oregon's Justin Herbert fall. (LSU's Joe Burrow is expected to go No. 1). -- David Newton

The move: The Bears traded their 2020 compensatory fourth-round pick (No. 140 overall) to the Jaguars for Foles.

Is he the new starter? Not yet. The Bears are expected to have some sort of competition between Foles, 31, and Mitchell Trubisky, but Chicago inherited the final three years of Foles' contract, which included $21 million guaranteed. The Bears and Foles restructured the deal so Foles can void either of the final two years.

Is he an upgrade? Probably. Trubisky, 25, is much younger, but the former second overall pick finished 28th in Total QBR (39.4) in 2019. Foles is a former Super Bowl MVP with deep ties to Chicago's coaching staff, including head coach Matt Nagy, who coached Foles in Philadelphia and Kansas City. The writing is on the wall.

Now what? Great question. There's no telling when NFL players will reconvene. One advantage of trading for Foles is he's close to Nagy, who calls all the plays on offense. Foles can hit the ground running whenever it's safe for teams to practice together again. Trubisky is coming off a left shoulder surgery, but he is expected to be healthy by training camp. -- Jeff Dickerson

The move: Rivers signed a one-year, $25 million contract as a free agent.

Is he the new starter? Rivers replaces Jacoby Brissett after the latter struggled as Andrew Luck's replacement following his retirement announcement two weeks before the start of the season. Rivers has started all but four of the 228 games he has appeared in during his 16-year career.

Is he an upgrade? Brissett was 30th in the NFL in completion percentage (60.8). Rivers threw 20 interceptions, which was third most in the league, but he still passed for 4,615 yards. Rivers also has run the same offensive system as Colts coach Frank Reich since 2013. Reich was Rivers' quarterbacks coach for a season and then his offensive coordinator for two seasons with the Chargers. Colts offensive coordinator Nick Sirianni spent five seasons with the Chargers, including two as their quarterbacks coach.

Now what? The Colts don't have a first-round pick in the draft, but they'll still look to select a quarterback in the draft because Rivers, who is 38, and Brissett, who obviously isn't the answer at quarterback for the franchise, will both be free agents at the end of next season. -- Mike Wells

Is he the new starter? He's the odds-on favorite, given two notable factors: He was the top backup to Tom Brady in 2019 and also has a higher upside than the team's other two options -- Brian Hoyer and Cody Kessler. But like almost everything the Patriots do, they won't simply hand Stidham the job. He'll have to earn it.

Is he an upgrade? It's no disrespect to Stidham, who could go on to become an excellent option for the Patriots, but anyone compared to Tom Brady is going to be a cut below. Brady, after all, is viewed by many as the greatest of all time.

Now what? This is a great challenge for coach Bill Belichick, whose program has always been built around the concept of a complete team more than individual stars. At the same time, it has been easier to fall back on those principles when Brady is the quarterback. Expect everyone to rally around Stidham in hopes of lifting him up, similar to how players did in 2001, when Brady was an up-and-comer in just his second NFL season. Football is the ultimate team game, and the Patriots will need to rely on the complete team more than ever. -- Mike Reiss

The move: The Chargers acquired Taylor as an unrestricted free agent last March. They signed him to a two-year, $11 million contract.

Is he the new starter? That remains to be determined. Taylor is currently the only viable starter on the roster after veteran Philip Rivers departed in free agency. However, the Chargers have the sixth overall pick in the draft and it is likely they will select a quarterback who could immediately challenge for the starting job.

Is he an upgrade? Rivers led the Chargers to six playoff appearances in 14 seasons as a starter, but he was unable to clinch a conference championship. Taylor should not be considered an immediate upgrade from Rivers due to a lack of starting experience. A nine-year pro, Taylor was a starter in Buffalo for three seasons and in Cleveland before getting injured and losing his job to No. 1 overall pick Baker Mayfield.

Now what? The Chargers strengthened their offensive line in free agency by adding right tackle Bryan Bulaga and guard Trai Turner, and they ensured their new quarterback will have several sure-handed targets by franchise tagging tight end Hunter Henry and extending running back Austin Ekeler. Now, the only question that remains is whether Taylor will lead the offense or if the Chargers will turn to the draft with their sixth pick to select Tua Tagovailoa or Justin Herbert. -- Lindsey Thiry 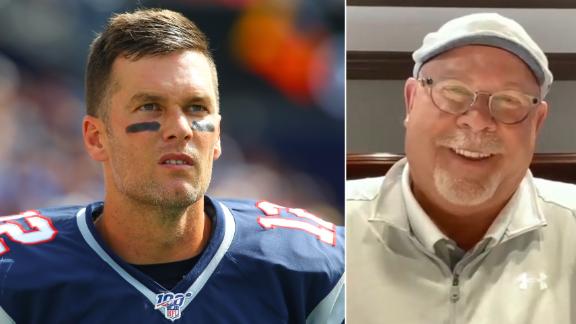 Arians breaks down what it took for Bucs to land Brady
Bruce Arians discusses the process the Buccaneers went through that led to signing Tom Brady. 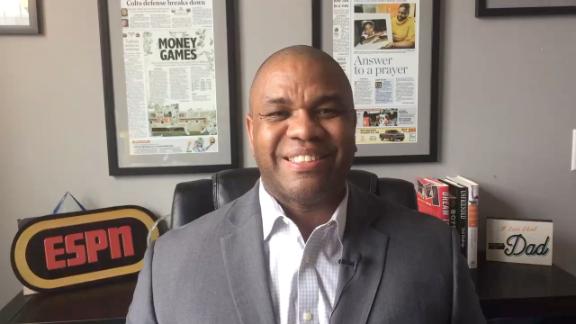 What can QB Rivers and coach Reich accomplish together?
Mike Wells previews what a Philip Rivers and Frank Reich team looks like, but admits Rivers isn't a long-term solution at QB, suggesting the Colts keep an eye out for Jalen Hurts in the upcoming draft. 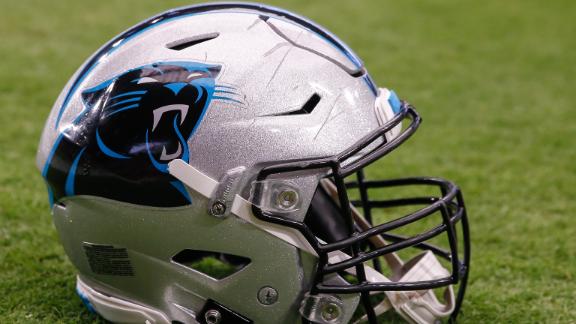