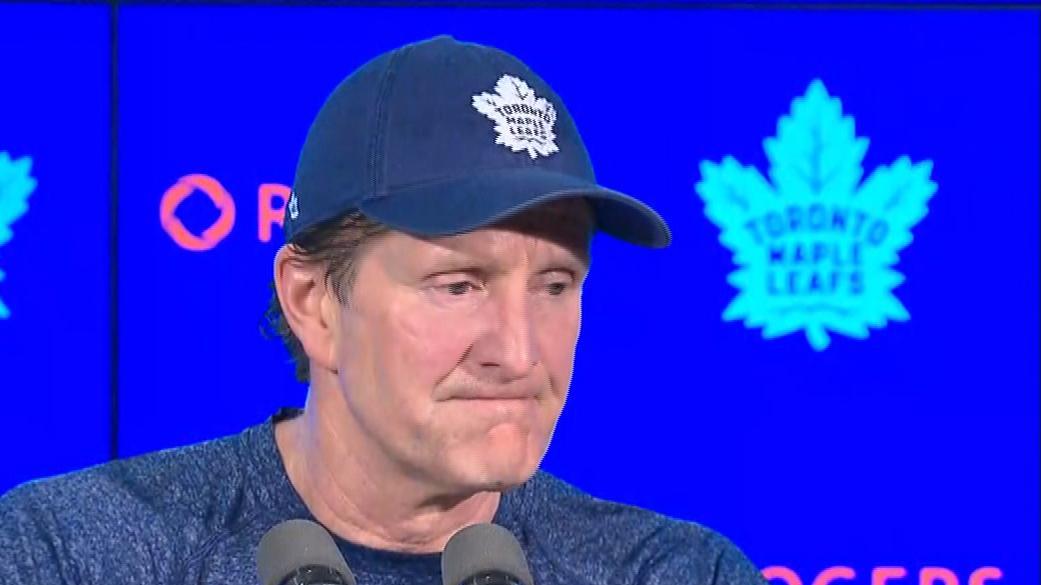 The eyes of Toronto Maple Leafs coach Mike Babcock blinked back tears Saturday as he tried to express his sorrow for the victims of the Canadian junior hockey team who were killed or injured in a crash Friday night.

Canadian police said early Saturday that 15 people were killed and 14 people were injured after a transport truck collided with a bus carrying the Humboldt Broncos in the province of Saskatchewan.

Humboldt coach Darcy Haugan, who was in his third season with the Broncos and 19th year as a coach, and team captain Logan Schatz, 20, were among those who died in the tragic accident,family members confirmed.

"I prepared to talk to you so I won't get emotional. I grew up right there in Saskatoon. It's just down the road," Babcock told reporters Saturday morning. "My buddy's kid played there. I talked to him. ... As the calls were coming in and they were talking about all the kids they've coached over the years that are playing on that team, I can't even imagine being a parent or the wife or the kids at home and going through something like this.

"Our hearts ... the hockey world's an unbelievable world. You can't make up for loss. You just can't. It's got to rip the heart out of your chest. We pray for those families and think about them, and I don't know what else you say. Horrific, horrific accident. Tough day."

Babcock's words seemed to echo those from around the league and all of sports Saturday.

"Our thoughts are with the players, families, coaches, team management and all those throughout the community who have been affected by the tragedy involving the Humboldt Broncos hockey team," NHL commissioner Gary Bettman said in a statement. "The NHL mourns the passing of those who perished and offers strength and comfort to those injured while traveling to play and be part of a game they all love."

The Broncoswere traveling to Game 5 of theirCanalta Cup semifinal playoff series Friday night in Nipawin. The team plays in theSaskatchewan Junior Hockey League -- aJunior "A" hockey league open to North American-born players between the ages of 16 and 20.

The crash occurred on Highway 35 in Saskatchewan, approximately 105 miles into the 125-mile trip to Nipawin's arena.

"In Saskatchewan, every community is fairly small, so everybody knows everybody," said Maple Leafs winger Patrick Marleau, a Saskatchewan native. "And we try and look out for each other."

Colorado Avalanche coach Jared Bednar, who grew up in Humboldt, also was emotional when addressing the tragedy Saturday.

"That's my hometown, eh? So I grew up in Humboldt," Bednar said. "... The bulk of my childhood was in that city. I grew up as a young guy dreaming to play for the Broncos and then had the opportunity as a teenager [but] moved on to the Western League.

"I know what that team means to that town. I have a couple friends -- one of their sons is a goaltender for the Broncos -- and he survived. He went to surgery last night in Saskatoon, and hopefully he's doing better. But it's a tough time for that town. It's a tight-knit community; it's only 6,000 people. Yeah, we send our thoughts and prayers to them for sure."

The Blackhawks and Jets both wore the name "BRONCOS'' instead of their nameplates for their game Saturday in Winnipeg.

Prior to Saturday's Division I hockey national title game between Minnesota Duluth and Notre Dame at the Xcel Energy Center in St. Paul, Minnesota, the public address announcer called for a moment of silence to honor the victims of the Humboldt crash. It lasted nearly 10 seconds.

Although thousands had come for the championship matchup, the pregame buzz centered on the tragedy and its collective impact in a tightknit hockey community.

Minnesota-Duluth junior forward Blake Young, a native of Battleford, Saskatchewan, said he'd played with some of the members of Humboldt's hockey team in the past. He said he chose to honor the deceased with his effort in Saturday night's 2-1 win over Notre Dame.

"I found out with my mom last night," he said after his team's win in the national title game. "It's tough because Saskatchewan is such a tightknit group of people, small communities. Everyone knows everyone. Your heart aches when you hear news like that. I was fortunate enough to play with some of those guys on that team, so just not knowing was a struggle. It was definitely on my mind all of last night and all of today. And I just told myself to go out there and lay it on the line for those guys who can't anymore."

"Our hearts go out to the players and their families of the Humboldt Broncos," Dallas Stars coach Ken Hitchcock said after Friday night's game. "... That overrides anything that a hockey game had. It's a tough situation for everybody in Saskatchewan, and we feel for them."

Said Toronto Blue Jays pitcher John Axford: "It's incredibly tragic and difficult. I keep reading about it because I want to know more about the players. I want to know about the families and their community, the people involved. And it hurts."

This isn't the first major junior ice hockey crash in Canada. On Dec. 30, 1986, a bus carrying the Swift Current Broncos of the Western Hockey League hit a patch of black ice on the Saskatchewan highway and flipped, killing four members of the team. Two future NHL players -- Joe Sakic and Sheldon Kennedy -- survived that crash.

"Lived it and felt it," McLellan said. "It goes on forever. I'm from Saskatoon. I know Saskatchewan people well. I know that Humboldt area really well. They're as strong as they come, but they'll need our help."

ESPN's Myron Medcalf and The Associated Press contributed to this report. 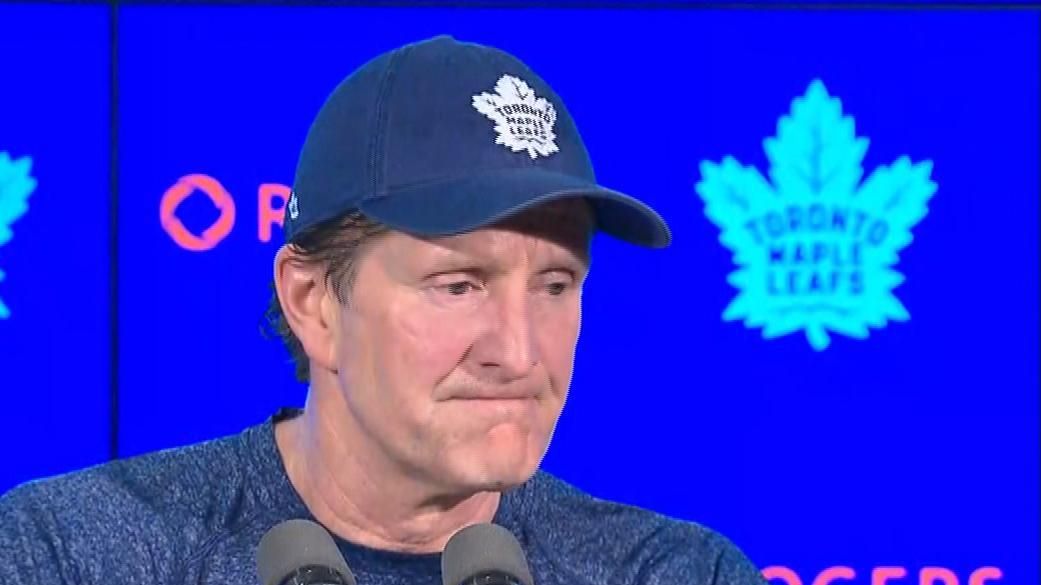