How Cole Hamels found the secret to pitching in 2019 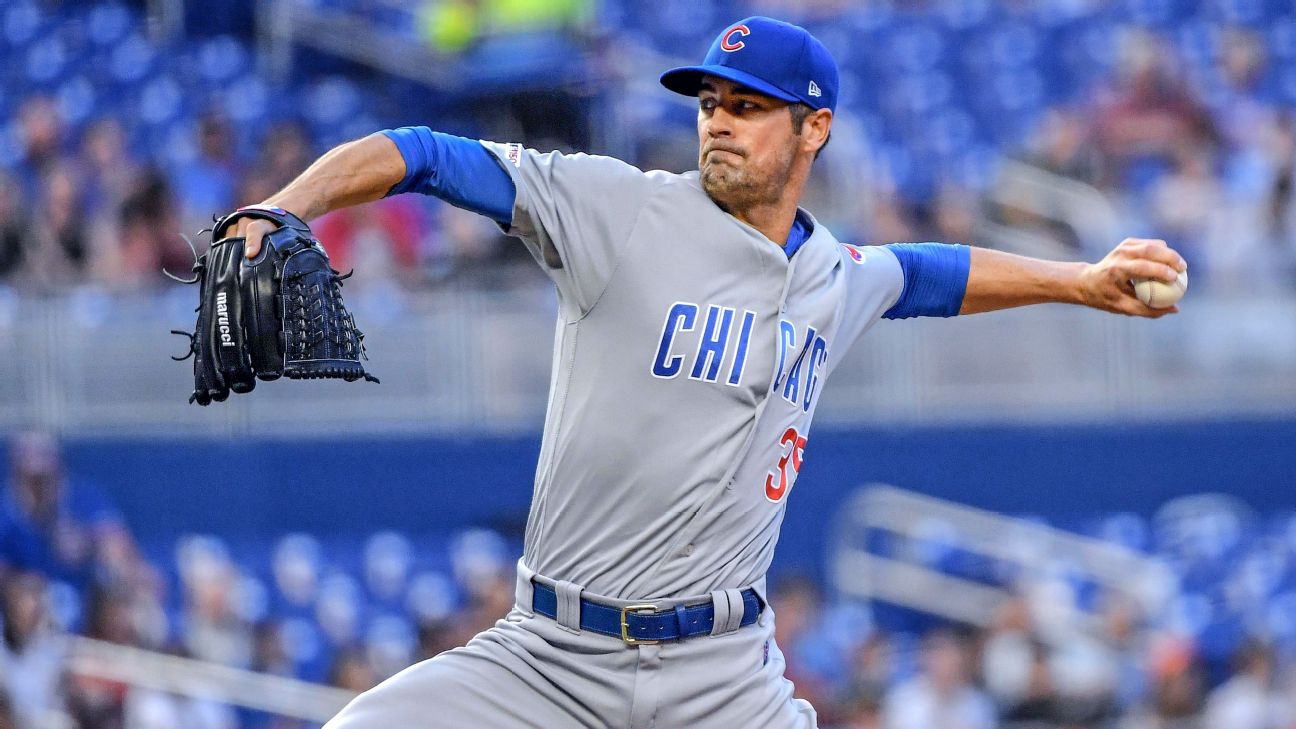 SEATTLE -- For 22 straight innings earlier this month, Chicago Cubs pitcher Cole Hamels was doing exactly what he wanted with a baseball: throwing it over the plate. The results showed in the form of three consecutive starts without his issuing a walk, leading to three wins for his team.

No pitcher in the history of the game wants to walk opposing hitters, but Hamels has taken a desire to avoid walks to a new level, one that is tailored to today's era. It goes like this: Walks are bad, really bad. Home runs are OK. More specifically:Solo home runs are OK.

"Even the best starters are going to give up homers," Hamels said in a dugout interview earlier this week. "If you're telling me I'll give up about 40 solo home runs, I still have room to work with to be successful. Obviously, you don't want to give them up with the game on the line."

A pitcher being OK with 40 home runs? Aces of the past might beg to differ, but even a Sandy Koufax or Bob Gibson would likely find the launch-angle era perplexing. Hamels has decided to turn into the skid, so to speak. He'd rather pump the zone with strikes, give up a few long balls and keep his team in the game without a big, multirun home run forcing him out of it. With balls leaving the yard at record rates, Hamels is trying to use the launch-angle phase to his advantage.

"I think the hitters have realized they're only going to stay around and get contracts based on home runs," he said. "You're not getting paid if you're a .300 hitter. You're not getting acknowledged on ESPN or MLB Network if you're going 3-for-4 with three singles. They don't care. It's not the fantasy talking points. They've come up with a new understanding, so you have to counter it.

"I was always a blow-them-away, down-in-the-zone-type pitcher. Now, you can try to go up there and keep walking the ladder up. I'm starting to use that to my advantage, seeing how far I can take a hitter up in the zone."

Hamels has recent experience to lean on when it comes to the dangers of walks. In his first start of the season in March, he was squeezed by the plate umpire, eventually issuing two free passes to load the bases. The next batter hit a grand slam. Those were the last walks Hamels issued until his most recent start, in which he walked six Dodgers.

"That was the thing about my last game," Hamels said. "It was 0-0, so I couldn't give up any runs, so I was a little more cautious. I ended up walking a few more guys."

That kind of game has been the exception for Hamels. His walk percentage as he takes the mound Tuesday in Seattle is his lowest since 2013 -- about the time the launch-angle phase took hold. Hamels took some beatings in the American League before he adjusted.

"You go to the AL, and you realize what damage control is," he said with a smirk. "The nature of a 1-9 lineup and what AL baseball is about. Then you start pitching around guys because of that, and it starts to get you out of whack of what pitching is all about. Coming back to the NL got me back into that mindset of what I was conditioned and how I evolved in the big leagues."

Evolving has been key for Hamels, as he's no longer in search of perfection. He thinks it's nearly impossible, as today's No. 8 hitters can launch unlike at any time in the past. Instead, he's finally taking some advice -- even if it is about 10 years old.

"A lot of information I got from older guys is coming back to me, and I'm starting to go, 'Yeah, you're right,'" Hamels said. "When you have Jamie Moyer and Roy Halladay and Cliff [Lee] and Roy Oswalt, you hear them talk, but you're young and dumb and full of all sorts of internal numbers that you want to accomplish, and that takes away from the actual goal as a team."

Hamels likely no longer has the stuff to put up those elite numbers, and the era he plays in doesn't allow for it. It's almost as if he's in damage-control mode before he even takes the mound. All of this will be put to the test on Tuesday, as the Mariners have hit the most home runs in baseball while drawing the most walks in the AL. Damage control will again need to be the name of the game for Hamels

"I look at it that way now," Hamels said. "As opposed to 'I have to go and strike out nine or 10' -- you know, getting to those numbers that you get acknowledged for -- I would rather just come away with the win."
Report a correction or typo
Related topics:
sportsespnmlbcole hamelschicago cubs
Copyright © 2020 ESPN Internet Ventures. All rights reserved.
More Videos
From CNN Newsource affiliates
TOP STORIES