'I'm not a sulker': The best quotes overheard in Week 2 of the NFL season 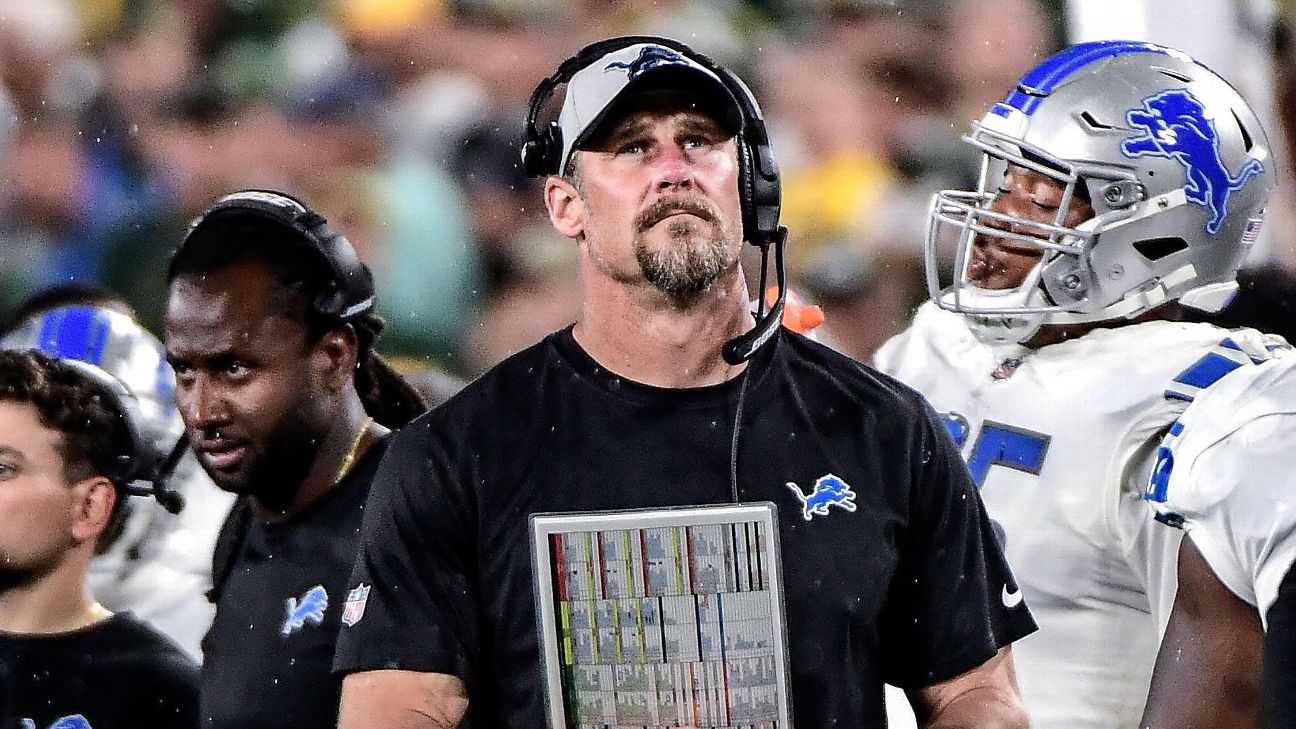 NFL Week 2 came, it saw, it provided a few answers ... but produced a lot more questions. It also brought with it an abundance of noise -- as is customary in the football world.

While some teams rejoiced in the quiet relief that accompanied earning their first win of the season, others had to face the ear-piercing music that inevitably plays when a franchise hits the dreaded 0-2 mark.


From Kliff Kingsbury's disappointment in his video-game-stat-producing quarterback to Urban Meyer's emphasis on "we" not "me," here are some of the most memorable quotes of the week:

Kingsbury, disappointed he is ...

Arizona Cardinalshead coach Kliff Kingsbury was less than thrilled by the confession from his QB1:

"I was pretty heartbroken that Kyler's never seen Star Wars because from about age 4 to 9, I wanted nothing more in life than to be Luke Skywalker. So I think he could learn some from that trilogy, if you will." -- Kliff Kingsbury

... The force appears to be strong with that one.

Rodgers has a message for the haters ...

Revenge is a dish best served with a wink. AfterAaron Rodgersled theGreen Bay Packersto a 35-17 win over theDetroit Lions-- effectively redeeming himself after an abysmal Week 1 performance -- the reigning MVP had this to say about those who said it looked like he didn't care against theNew Orleans Saints:

Rob GronkowskijoinedPeyton Manning and Eli Manning on their Monday Night Football broadcast and shared some insight into his game preparations -- or lack thereof.

Gronk went on to explain he outsources his film watching toTom Brady, who "watches like 40 hours of film a week" by asking him who is covering him and what kind of coverage they're running.

The star tight end also revealed he doesn't practice on Fridays because he is "Red Zone Robby G."

A legend among us.

Harbaugh and Lamar have Big Truss ...

Baltimore RavensQBLamar Jacksonput on a masterful performance on Sunday night and -- thanks to a little faith from his head coach -- secured his first victory againstPatrick Mahomesby running for a first down on fourth-and-1 after his defense recovered a fumble byKansas City Chiefsrunning backClyde Edwards-Helaire.

After the game, Jackson shed light on the exchange that took place before his game-sealing fourth-down conversion:

"He [coach John Harbaugh] asked if we wanted to go for it. I said, 'Hell yeah.' I said, 'Man, I got to get this first down no matter what.'"

Campbell has no time for the negativity ...

Detroit might be off to an 0-2 start on the season, but head coach Dan Campbell has zero tolerance for players seeming down and harboring a "same old Lions" mentality:

"I told them I don't want to see that s---. ... I am not that type of person. I am not a negative person. I am all about going to work. I want guys that are resilient. That are willing to go back to work. They love ball. They're going to clean up their mistakes, and those are the guys I am looking for. I am not a sulker. ... I hope it stings. It stings me and that's OK. But that doesn't mean you have to be negative or kick the dirt. I don't want those guys around."

Read more: The TikTok designer the the Detroit Lines?

What does a guy namedTaylor Heinickewho is currently the starting quarterback for theWashington Football Team have to do to get sponsored by Heineken beer? Apparently more than he's doing.

When asked about his attempt to get backed by the beverage, which bares a strong name resemblance to his own, Heinicke conceded:

"I'm trying, man. At some point, I might just start calling out Bud Light."

But the duo's postgame comments raised questions about the offensive approach being taken by the man calling the shots: Zac Taylor.

"We waited until the last minute to take shots." -- Chase


Sort of, kind of seems like they wanted to test Chicago with some downfield targets.

While we're on the subject of downfield strikes, it would feel foolish not to touch on theMac Jones-eraNew England Patriots. Jones is the first quarterback with a 70-plus completion percentage in each of his first two NFL starts (minimum 10 pass attempts). Jones also ranks 29th out of 33 qualified quarterbacks in air yards per attempt (5.3), according to ESPN Stats & Information research.

But according to offensive coordinator Josh McDaniels, it's not for a lack of trust in the rookie:

As for the rookie in question? The topic was top of mind after New England's win over theNew York Jets:

"For the receivers, they played well and I need to get them the ball more. And I will. We'll get the ball out and let them make plays, because we have good skill players. I can definitely stick to my reads better, and I think it starts with me." -- Jones

If Jones and McDaniels are to be believed, we could see the Pats air it out sooner rather than later.

Football is a team sport. In case you forgot that, Jacksonville Jaguars head coach Urban Meyer is here to remind you.

When Meyer was asked if he got outcoached in Jacksonville's loss to the Denver Broncos, he replied:

Meyer doubled down on the stance when asked if being 0-2 is indicative of a coaching issue, saying: 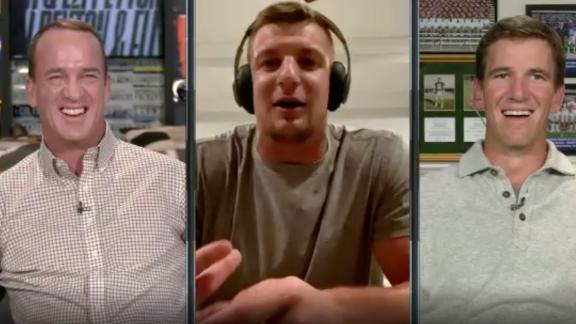 Gronk claims he doesn't watch game film
Rob Gronkowski confesses to Peyton and Eli Manning that he only watches game film in team sessions and never watches it on his own. 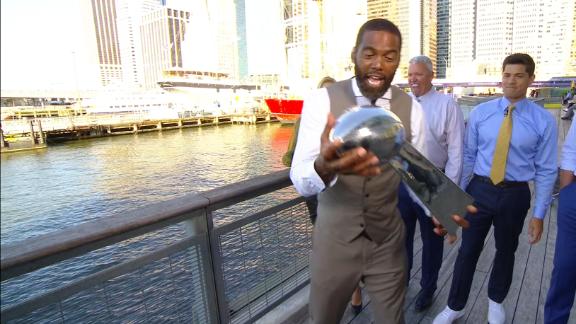