Jadeveon Clowney: Frustrated I didn't get to play 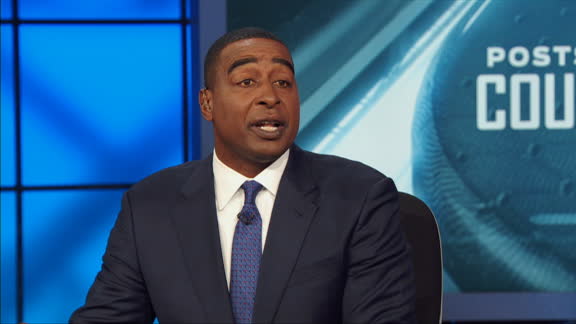 HOUSTON -- Houston Texans outside linebacker Jadeveon Clowney said Sunday that he was frustrated at not being able to play Saturday against the Kansas City Chiefs.

"I was just mad I wasn't out there with my teammates," Clowney said as the Texans cleaned out their locker room. "I didn't get frustrated they didn't write me out or anything. I got frustrated because I couldn't play, which I think anybody would have been."

Clowney was seen visibly upset after being declared inactive for the team's playoff game. Clowney did not speak to reporters following the 30-0 loss after reports surfaced that he stormed out of the stadium upon learning he was not playing. Clowney said he did not leave the stadium and watched the loss at NRG Stadium.

Texans coach Bill O'Brien said Clowney suffered a mid-foot sprain, which is a small tear in the ligament, and that he does not think Clowney will need surgery to repair the injury. The injury first surfaced against the Tennessee Titans on Dec. 27. Regardless, Clowney heads into this offseason without the lengthy rehab he faced last year.

"I think next year going to be a big, big season for me," he said. "Because I know I can dominate this league."

Clowney played most of the 2015 season, missing only three games with an ankle injury, a back injury and this mid-foot sprain. This followed a 2014 season in which he was only able to play in four games as he tried to work through a lateral meniscus tear he suffered in Week 1. Ultimately, Clowney had to have microfracture surgery on Dec. 8, 2014.

"Just to go through a whole season with no problems with my knee was a plus for me after hearing about the injury, I think it was a very big plus for me," Clowney said. "And just offseason I just need to work. Keep doing what I been doing and just work hard and come back and dominate the league."