Jayhawks' Bill Self: Cheick Diallo 'should be playing immediately'

ESPN
By Jeff Goodman and Dana O'Neil
Kansas coach Bill Self has reached a boiling point with how the NCAA has handled the playing status of prized freshman Cheick Diallo.

Late Saturday night, Self convened a conference call with ESPN and CBS Sports to detail the steps the university has taken to work with the NCAA regarding Diallo's eligibility. Self said he has been frustrated with the lack of cooperation and information from the NCAA, and said Kansas had not been given the details of Diallo's situation until earlier this month.

"We still haven't been told anything definitively in any area," Self said. "We've made six visits to Our Savior, and the NCAA has made zero."

A 6-foot-9, 220-pound forward, Diallo arrived in the United States from Mali midway through his freshman season in 2012, and spent his last 3 years at Our Savior New American, a private high school in Centereach, New York.

In 2012, the NCAA placed Our Savior under review, which would potentially nullify Diallo's core coursework.

"Our Savior was placed on review by the NCAA after Cheick arrived," Self said. "He had no idea when he got there.

"The policy sucks in that kids aren't notified. This kid left his family in Mali to live out a dream, and he was never made aware of anything."

Self also said Kansas gave two separate independent reports to the NCAA on Friday night that refute the organization's claim that the majority of Diallo's core courses at Our Savior are not eligible.

"This is a situation where he should be playing immediately," Self said Saturday night. "We gave it to the NCAA, and we know it's a weekend. I think the weekend qualifies as a workday in this case."

Kansas athletic director Sheahon Zenger sent a detailed letter Nov. 10 to NCAA executive vice president Oliver Luck, as well as NCAA president Mark Emmert, among others in the NCAA administration, detailing the Jayhawks' view that the organization has mishandled the Diallo case.

In a stinging six-page letter obtained by ESPN on Saturday night, Zenger concluded by saying, "Cheick Diallo should be eligible immediately, because when reviewing the totality of this situation, it is clear the NCAA has failed both to put forth an open-minded best effort for a student-athlete and to uncover facts supporting eligibility. All of which the University of Kansas did.''

Zenger said Kansas' investment in investigating the case is "approaching six figures on all levels.'' He said the money was well spent because of the number of "serious and legitimate misrepresentations attributed to NCAA process, unfounded verbal statements and inadequate professional standards.''

Among the critiques outlined: Kansas staff visited the school six times, but the NCAA did not visit, even with an invitation to accompany Kansas. The NCAA told Kansas on Sept. 2 that it would give the school information after a review of Diallo's case, Zenger said, but that had not yet happened. The AD wrote that that the NCAA eligibility center said on Nov. 5 that it had the information needed at the start of the process.

Kansas argues that there is additional information that should be considered but the NCAA did not seek it out. One of the problems cited with Diallo's high school record was attendance, Zenger said, but Kansas' investigation found Diallo had exceeded the 85 percent minimum attendance required.

"I am concerned also because the role NCAA staff has played during this misfit process has been that of investigator, not collaborator," Zenger said. "There is still no closure for Cheick Diallo.

"It is the University of Kansas communicating openly and uncovering facts that we could have discovered together all in the spirit of reaching conclusions and closure for Cheick.''

"That letter confirms our position about the case,'' Jackson said. "There is no justification for not accepting his academic credentials and not interacting with his secondary school. They were asked a number of times to go out there with Kansas to give advice to Kansas and to Our Savior, and they didn't. It is a de facto suspension. There's no question about it.''

Diallo has missed the first two games of the season, a win against Northern Colorado in the opener and a loss to Michigan State on Tuesday in the Champions Classic in Chicago. Diallo was granted an exception by the NCAA to travel to Maui, where the Jayhawks play host Chaminade in the Maui Invitational on Monday.

"It's been really hard," Diallo told ESPN recently. "I just did what I was told."

Diallo also told ESPN that he received an A and a B in two summer courses he took at Kansas. He is currently enrolled in 15 units in the fall semester.

Diallo is considered the prize of Kansas' recruiting class, a relentless rebounder ranked No. 7 in ESPN 100. He has drawn comparisons to Denver Nuggets power forward Kenneth Faried. 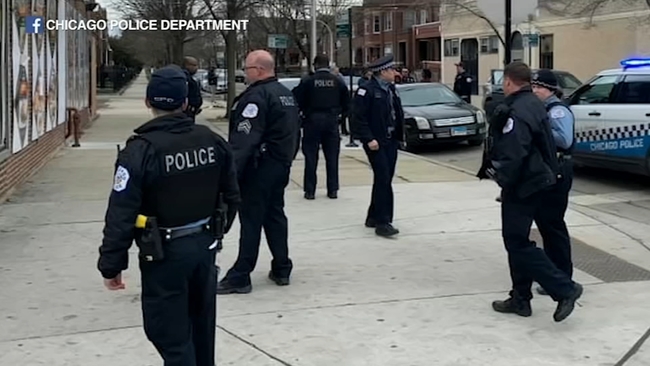 Chicago weather warms, but residents must stay inside: Lightfoot