Last place? Cubs laugh off formula that has them finishing under .500 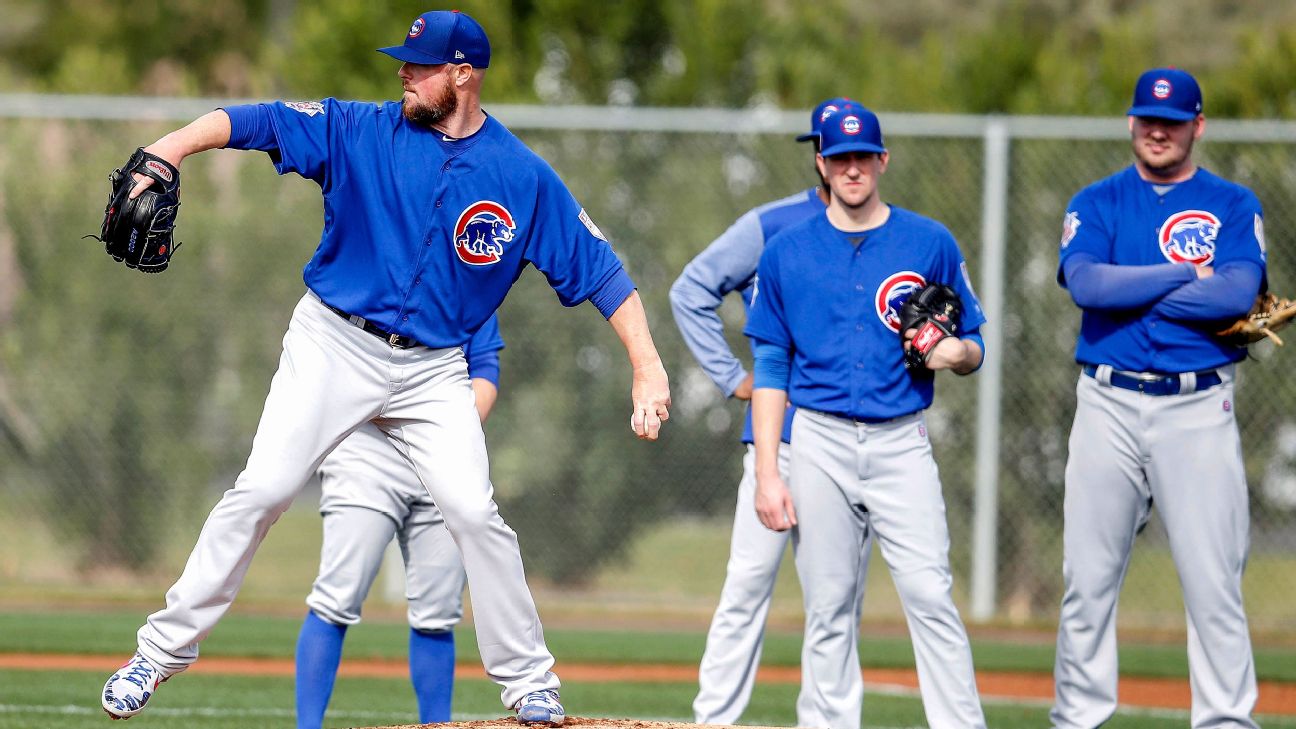 MESA, Ariz. -- It was hidden in plain sight. And everyone in the locker room saw it. At the bottom of the daily schedule, on Day 1 of full-squad workouts for the Chicago Cubs, was a prediction for their season. Baseball Prospectus' proprietary PECOTA formula had the Cubs going 80-82, finishing in last place in the National League Central.

In fact, one day later -- perhaps because Mike Moustakas re-signed with the Milwaukee Brewers -- PECOTA downgraded the Cubs to 79 wins. So the team that has won an average of nearly 97 games the past four years is supposed to take a huge dip, at least according to the Player Empirical Comparison and Optimization Test Algorithm. Cubs brass latched onto the slight and made sure the team saw it.

"If that's what they have us at, they need to recheck those numbers," closer Brandon Morrow said. "That's ridiculous, considering the guys we have coming back from injuries. It's not the Chicago Cubs."

The Cubs are returning essentially the same team that won 95 games last year. They switched out their 25th man and added a reliever or two, but that's it. According to Cubs brass, the PECOTA formula doesn't take kindly to aging starting pitchers. Jon Lester and Cole Hamels are both 35 years old, Yu Darvish is 32, Jose Quintana just turned 30 and Kyle Hendricks is 29.

"It's dumb because they have us in last place," Lester said, practically waving off the question. "It's their program. No matter what we say about it, they're going to come back with reasons why it's right. I don't pay any attention to it."

Eventually, Lester was simply asked for his opinion why anyone would even put out predictions without considering the human element. "For this reason right here," he said as he ended the conversation. "So you can ask me about it."

Hamels pondered the question more seriously than perhaps anyone else on the team. If 35 is old, then there are plenty of players who have forgotten their age.

"The best thing about baseball and sports in general is the human element," Hamels said. "Look at what Tom Brady has been able to accomplish, or Drew Brees, in football. ... There are guys that don't let the average come into play when they are associated with age. Jon [Lester] and I, and a few of us that are older, have never thought ourselves as average to begin with. If we did, we never would have gotten to this level. We've always been the guys that bucked the trend. I played with Jamie Moyer, who bucked the trend pretty well."

Of course, no one actually cares what an algorithm says, but the Cubs could probably use some doubters. They've lived a charmed life since winning the greatest championship in professional sports, back in 2016. Since then, a vibe of complacency has taken over -- along with some off-the-field issues that have removed the shine from the organization. Then, when owner Tom Ricketts claimed on Monday that the team had run out of money to spend on free agents, it brought yet another roll of the eyes. The Cubs can change that negative narrative -- and prove PECOTA wrong, of course -- simply by winning again.

"It [PECOTA] gives us something to challenge our players on, I think it's a positive thing," Theo Epstein said. "I just think their particular projection system doesn't really match up on how we put our teams together. It also hasn't been particularly accurate, so we're not losing sleep on it."

It's true. PECOTA has been wrong as much as it has been right. It undervalued the Brewers last season when they outperformed the formula by 12 wins. Then again, it correctly predicted the Baltimore Orioles' decline a few years ago, well before it became obvious to the baseball world.

Epstein explained why he thinks it's down on the Cubs this year.

"Part of the reason [for the PECOTA projection], we've developed bats and brought in pitching from the outside, and our pitching is skewing older than our bats, and that system is really harsh on aging pitchers," he said. "[Whereas] I like pitchers that know what they are doing. Let pitchers figure (things) out somewhere else, then bring them in once they're good and know how to pitch."

A casual glance at recent history doesn't confirm the aging-pitcher narrative. Over the past five seasons, eight teams have employed five-man rotations (their main five) with an average age of 31 or above. Six of those eight teams finished in first or second place in their division, including the 2016 and 2017 Cubs.

"If they keep predicting a regression because of age, eventually they'll be right," Morrow said, with a hint of sarcasm.

The good news for Cubs fans is the team's internal projections over the past few years have been nearly spot on. The front office predicts a win total just like PECOTA, though they don't reveal the process through which they come up with their total.

"Our internal projection system is a lot more accurate," Epstein said. "We've been within a game or a game and a half just about every year. Our system [this year] has us exactly in the right place in the division."

The Cubs never reveal what that win total is, but it's safe to say it's anywhere from 89 to 95 wins. Las Vegas has the Cubs' win total at 89, a more reasonable number compared to PECOTA -- especially if you ask the Cubs.

"If you tell Jon Lester or Cole Hamels a computer says they're too old to pitch effectively, they'll tell you where the computer can stick it," reliever Brian Duensing said. "With age comes wisdom."

Never one for many words, Quintana simply said, "I don't believe that computer."

Epstein explained further: "Nate Silver created that system and it used to be really accurate. Since he's left, there's questionable accuracy in that system. For instance, we've outperformed it over the last four years by 35-plus games."

So one chip has squarely been placed on the Cubs' collective shoulders. There are bound to be more, when actual human beings start to make predictions closer to the regular season. How many will take the Brewers or St. Louis Cardinals to win the division?

As for 79 wins? First baseman Anthony Rizzo got the last word in after seeing the low projection.

"Yeah, and Bryce Harper is coming to the Cubs," he joked. 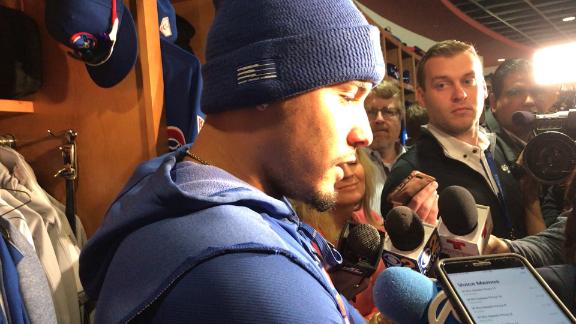