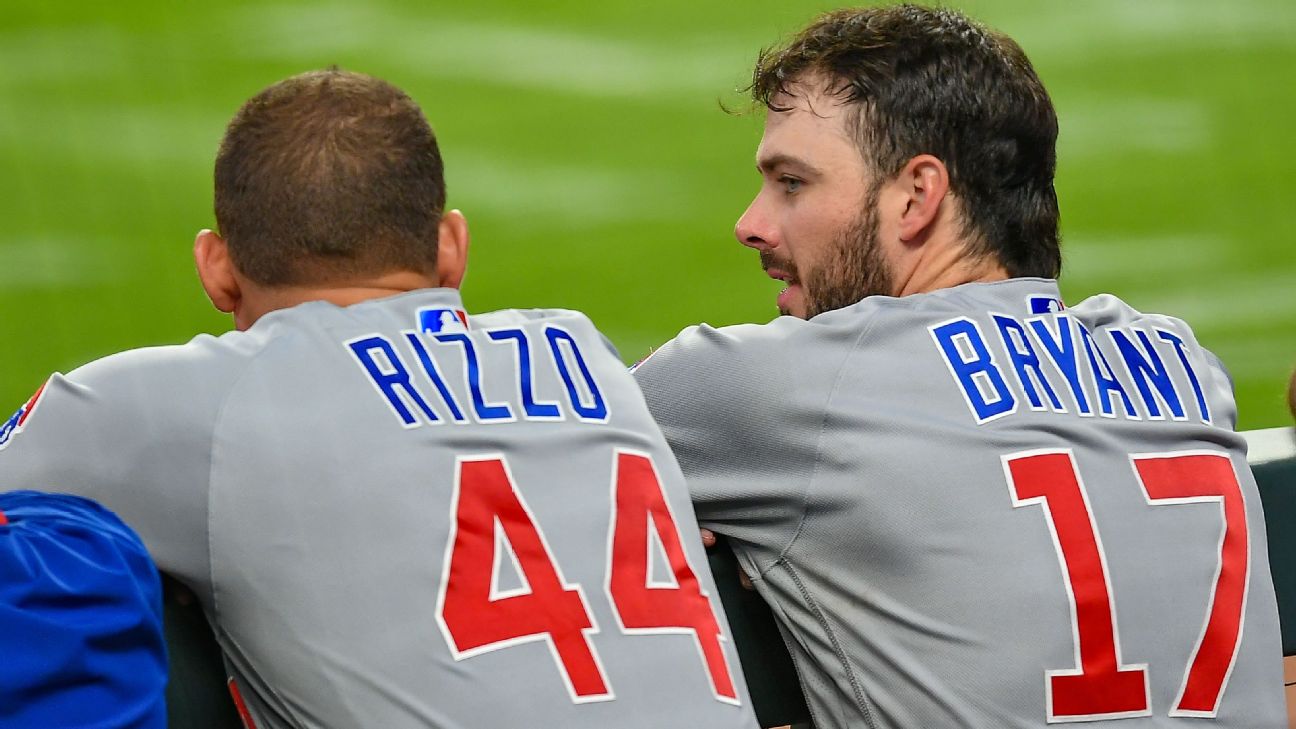 CHICAGO -- The Chicago Cubs' teardown is underway as Friday's 4 p.m. ET MLB trade deadline approaches. Outfielder Joc Pederson (Atlanta) and reliever Andrew Chafin (Oakland) have already been moved -- but the team still employs a handful of available players who could be next in the coming days.

Those names include homegrown stars Kris Bryant and Javier Baez plus de facto team captain, Anthony Rizzo. Then there's all-world closer Craig Kimbrel and setup man Ryan Tepera, along with veteran starting pitcher Zach Davies -- all players who will be free agents when the season ends. In other words, president of baseball operations Jed Hoyer is very popular right now.


Here's where things stand with those players as the Cubs' current winning window comes to a close.

In what could have been his last performance as a Cub, Kimbrel did what he has often done in his career -- get into some trouble then slam the door shut on the opponent. In a tie game with the Cincinnati Reds on Monday night, he allowed the first two batters to reach in the ninth before striking out the side.

His 0.49 ERA with just two blown saves has the top teams in baseball very interested in a closer who has returned to All-Star form after a bumpy stretch in his career.

Where he could go: The Dodgersmight need him more than anyone else right now. Going into Tuesday's game against the San Francisco Giants, Los Angeles has given up the second-most runs in the National League in the ninth inning or later. L.A.'s 1-10 record in extra innings might be a bit fluky due to the current rules, but it's still telling. CloserKenley Jansen has blown five saves this season -- three since the All-Star break. If the Dodgers want to repeat as champions they need an upgrade to the back of their bullpen.

Other possibilities include the Red Sox, Astros and Padres.

After a great start to the season, Bryant cooled off in June but has picked it up again. Since returning to the lineup after leaving a game last week due to hamstring fatigue, he has been on base over 50% of the time and has posted a .304/.400/.500 slash line in July. The bottom line: When healthy, Bryant is still a very dangerous hitter.


Where he could go: The Mets lead a small group of teams interested in the versatile player. They've had scouts attend at least the past three series for the Cubs. The Rays have also been in attendance -- that was before and after their trade for Nelson Cruz. A surprise team or two showing interest wouldn't actually be all that surprising given the fact Bryant can play all over the diamond. Some believe the Giants could be one of those teams.

Depending where he goes, the Cubs could pick up a big portion of his remaining $6.5 million salary in order to net a better prospect return. Pittsburgh did similar with Adam Frazier when they traded him to San Diego this week. That concept could apply to a Kimbrel trade as well.

There's also the possibility that Bryant remains with the Cubs past the deadline, is given a qualifying offer, turns it down and the Cubs end up with compensation in that form. Industry sources have expressed mixed feelings on whether Bryant would stay or go this month, but as the deadline approaches, chatter has picked up.

It simply hasn't been the best of contract years for the veteran first baseman, but he has shown some signs of coming out of a season-long slump. Rizzo homered in back-to-back games this week, and his OPS in July is approaching .800.

Where he could go: ESPN's Buster Olney reports the Cubs and Red Sox have had discussions about Rizzo returning to the team that drafted him, but the likelihood is he remains with the Cubs through the deadline. Hoyer isn't likely to just give away one of the most popular Cubs of this era, and the potential return probably won't excite many people.

Rizzo, too, could be extended a qualifying offer as the Cubs continue to negotiate with him on a longer-term deal -- if both sides are still interested.

"We have no idea what's going to happen," Rizzo said Monday. "It's almost four years now since all the talk [began]. This could be it. We'll face that when it happens."

There has been little trade chatter surrounding Baez, with most of it speculation about him being moved and then playing second base for a contender. The idea of him going across town to play for the White Sox -- who lost second baseman Nick Madrigal for the season -- would make waves in Chicago, but there hasn't been any real traction for it. Baez is having a Baez-type season with plenty of home runs (22) combined with plenty of strikeouts (130).

Where he could go: Baez remains the best bet to stay where he is now and sign up long term with the Cubs before he reaches free agency in November. The sides were once close, right before the pandemic, and those discussions should start up again after the trade deadline passes.

Others who could be dealt

Reliever Ryan Tepera is getting a long look from scouts, with the White Sox, Phillies and Blue Jays in attendance for recent games. Tepera played in Toronto for five years before joining the Cubs. Starter Zach Davies might be part of the arms race out west. A return to the Padres, the team he played for last season, isn't out of the question. The Dodgers' uncertainty in their rotation could lead them to Davies -- though he's only a back-of-the-rotation guy on a contender.
Outfielder Jake Marisnick and reliever Dan Winkler are also good secondary additions for contenders looking to round out their rosters at the deadline. 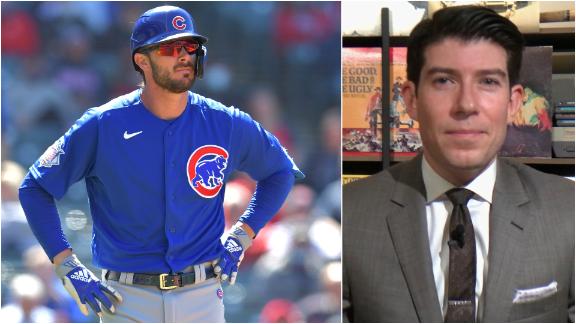 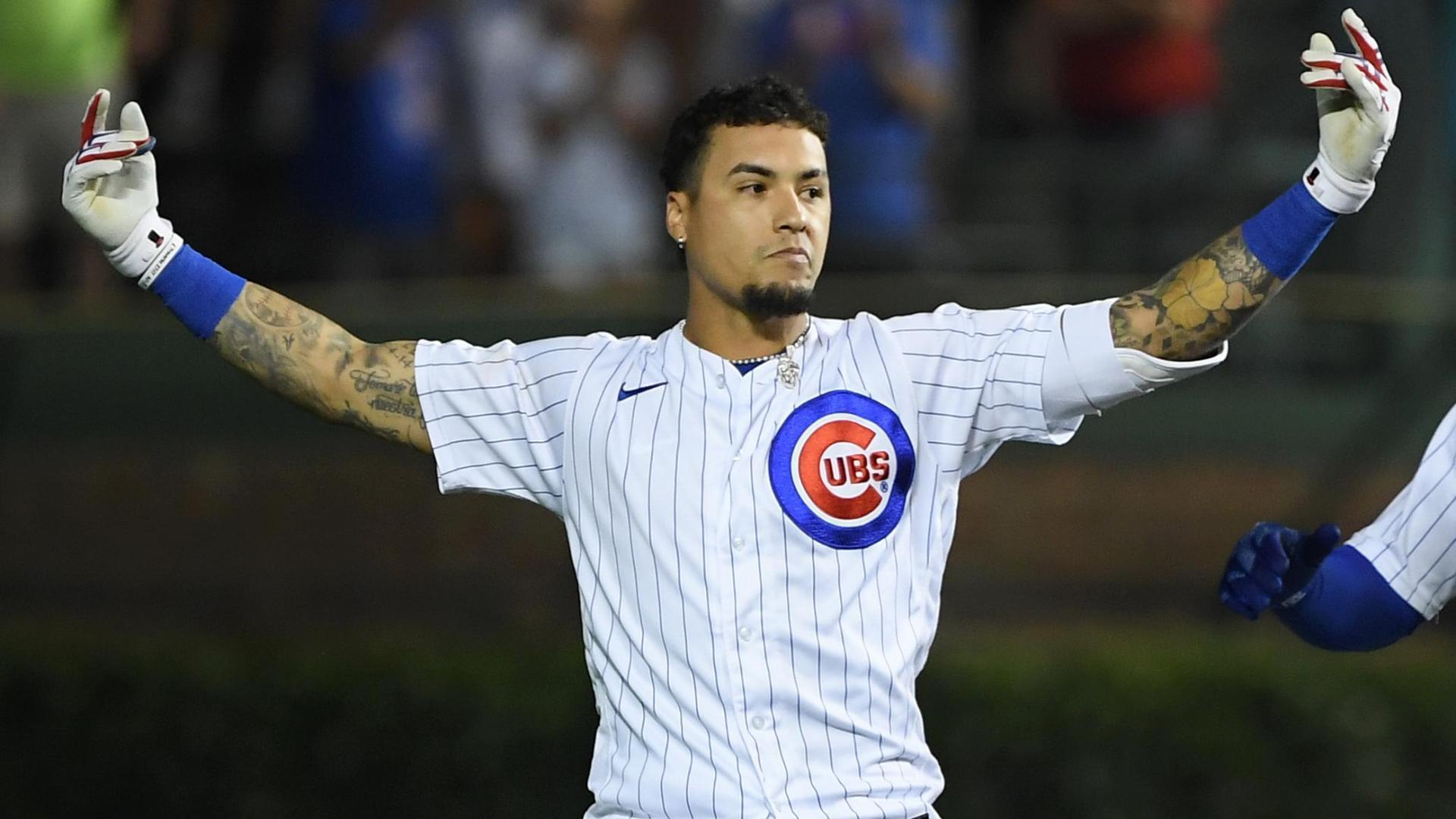