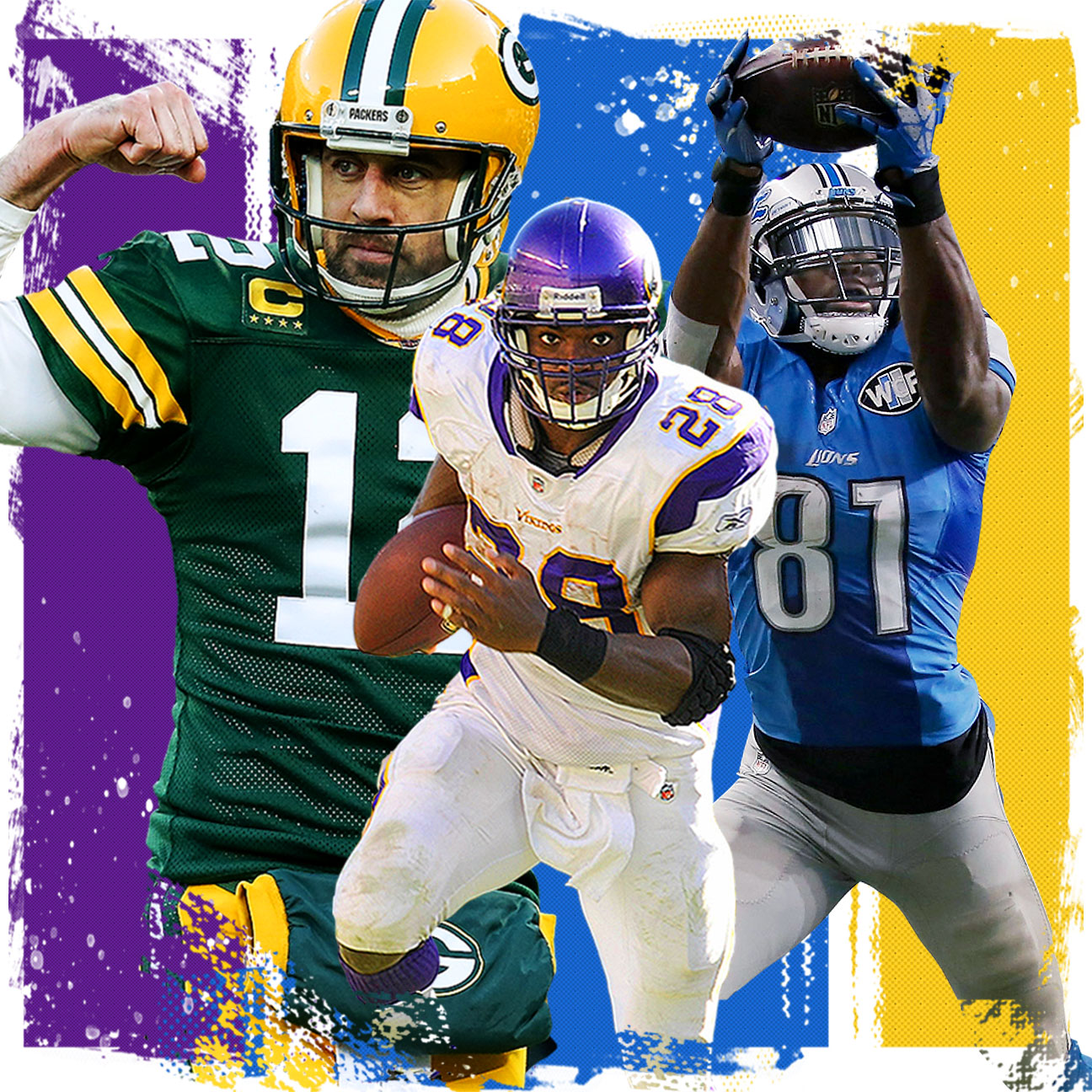 The start of a new decade is upon us with the 2020 NFL season. But before we get rolling with the '20s, ESPN is taking a look back at the best -- and worst -- of the 2010s and naming the top players of the decade for all 32 teams.

From the social media star of the decade to the worst call by a referee, ESPN's NFL team remembers the people and moments of impact -- good and bad -- from the past 10 years. And NFL Nation reporters select the two best players of the decade from their teams, the top coach and assemble all-division teams of the 2010s.


It all kicked off Monday with the best and worst of the NFL from the past decade.

NFC North players of the decade

Forte entered the league in 2008 (second-round pick out of Tulane) but became arguably the NFL's best all-purpose back during the first half of the next decade. Forte spent eight seasons with the Bears, rushing for 8,602 yards and scoring 64 touchdowns. Forte ranks second, behind only Hall of Famer Walter Payton, on Chicago's all-time lists for rushing yards, yards from scrimmage (12,718), receptions (487) and 100-yard games (24). He's third in total touchdowns and sixth in receiving yards (4,116). Forte joined the New York Jets after the Bears decided against re-signing him following the 2015 season, but without question, Forte's most productive years were in Chicago.

Honorable mention: Take your pick: Brian Urlacher, Charles Tillman, Lance Briggs, Brandon Marshall or Julius Peppers. Heck, Jay Cutler even deserves some recognition for being the starting quarterback for so long (2009-16). Forte earned the nod over Urlacher, Briggs and Tillman because they did the majority of their damage the previous decade. Marshall and Peppers didn't play in Chicago long enough to unseat Forte. And Cutler is Cutler. You know what I mean. -- Jeff Dickerson

Johnson is the easy selection for the Lions. He's the only surefire Hall of Famer to play a significant portion of the 2010s with Detroit and he was for a time the best receiver in the NFL. He set the all-time single-season receiving yards mark with 1,964 yards in 2012, and was a Pro Bowler every year he played in the 2010s -- from 2010 to '15. He was also a three-time first-team All-Pro selection in the 2010s and went over 1,000 yards receiving every season of the decade in which he played. Johnson was simply dominant and often faced double and triple coverage. "It should be illegal for a guy to be that tall and that big and that fast. They should have banned him from the NFL," Hall of Fame cornerback Charles Woodson told ESPN in 2014. "But he's one of those guys, man -- he's a freak of nature."

Honorable mention: There are three players worthy of mention here -- quarterback Matthew Stafford, defensive tackle Ndamukong Suh and cornerback Darius Slay. And it's a tough call, but Suh gets the slight nod over Stafford and Slay. Suh made four Pro Bowls in his five seasons in Detroit and was first-team All-Pro three times. The AP Defensive Rookie of the Year in 2010, Suh was a dominant force on one of the best run-stopping defenses in NFL history in 2014 and set the tone for the Lions' defense for the first half of the decade. Stafford is the best quarterback in franchise history and Slay was a perennial Pro Bowler at corner. But Suh was the best at his position for a large portion of his time in Detroit. -- Mike Rothstein

Only Rodgers and Tom Brady were two-time MVP winners during the 2010s. Rodgers won it for the 2011 and 2014 seasons and also was the Super Bowl XLV MVP. The start of the decade marked Rodgers' third season as the Packers' starter, and he helped the Packers to seven straight playoff appearances to start the decade and eight overall in the 10 years. Rodgers had the third-most touchdown passes in the decade (305) in 11 fewer games than leader Drew Brees (345) and 14 fewer games than second-place Tom Brady (316).

Honorable mention: Jordy Nelson, WR, 2008-17 and Davante Adams, WR, 2014-present. Both were dominant receivers in the decade. Clay Matthews was dominant on his side of the ball too. And how about the combination of tackles Bryan Bulaga and David Bakhtiari? Had the Packers not dumped Charles Woodson after the 2012 season he'd be worthy of consideration too. -- Rob Demovsky

This was about as unanimous a decision as there is. Peterson was the only non-quarterback to win the NFL MVP award during the past decade and holds countless titles and awards from his time with the Vikings. He was the league's offensive player of the year (2012), a two-time first-team All-Pro selection (2012, 2015), went to the Pro Bowl four times and led the NFL in rushing in 2012 with 2,097 yards and again in 2015. Peterson ended his time in Minnesota as the franchise's all-time rushing leader and will go down as one of the best running backs in NFL history.

Honorable mention: Cordarrelle Patterson, WR/KR, 2013-16 and Harrison Smith, S, 2012-present. Drafted by the Vikings in 2013, Patterson reached a career-high 1,393 yards and two touchdowns on 43 kickoff returns on his way to the Pro Bowl as a rookie and was one of the most dangerous returners of the past decade. Smith was another easy choice. His 13 career sacks are the most by any defensive back since 2013. The five-time Pro Bowler and 2017 All-Pro notched 23 interceptions and set a franchise record with four of those being returned for touchdowns. -- Courtney Cronin

NFC North coach of the decade

Two words: Super Bowl. McCarthy is the only Super Bowl-winning coach from the NFC North in the decade. And he wasn't just a one-hit wonder. McCarthy led the Packers to the playoffs every year from 2010 to 2016 and had a run of eight straight playoff seasons starting in 2009. Yes, McCarthy was fired in the decade, but after a year off in 2019, he landed another of the NFL's prime coaching gigs with the Dallas Cowboys. -- Rob Demovsky

Honorable mention: Mike Zimmer, Vikings, 2014-present. Zimmer led the Vikings to the playoffs in three out of his six seasons and got Minnesota as far as the NFC Championship Game after the 2017 season. The Vikings have been consistently good under Zimmer, who has battled just about every abnormal circumstance you could imagine, from losing quarterback Teddy Bridgewater to a freak knee injury days before the start of the 2016 season to having eight eye surgeries and working with four different offensive coordinators in five years. -- Courtney Cronin 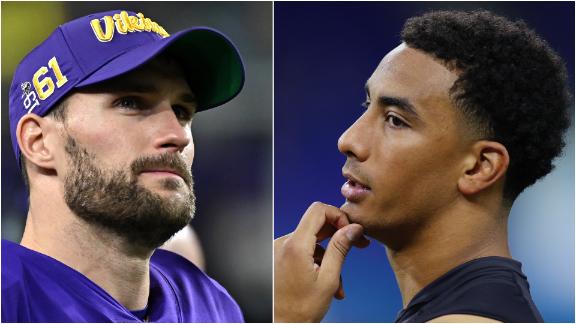