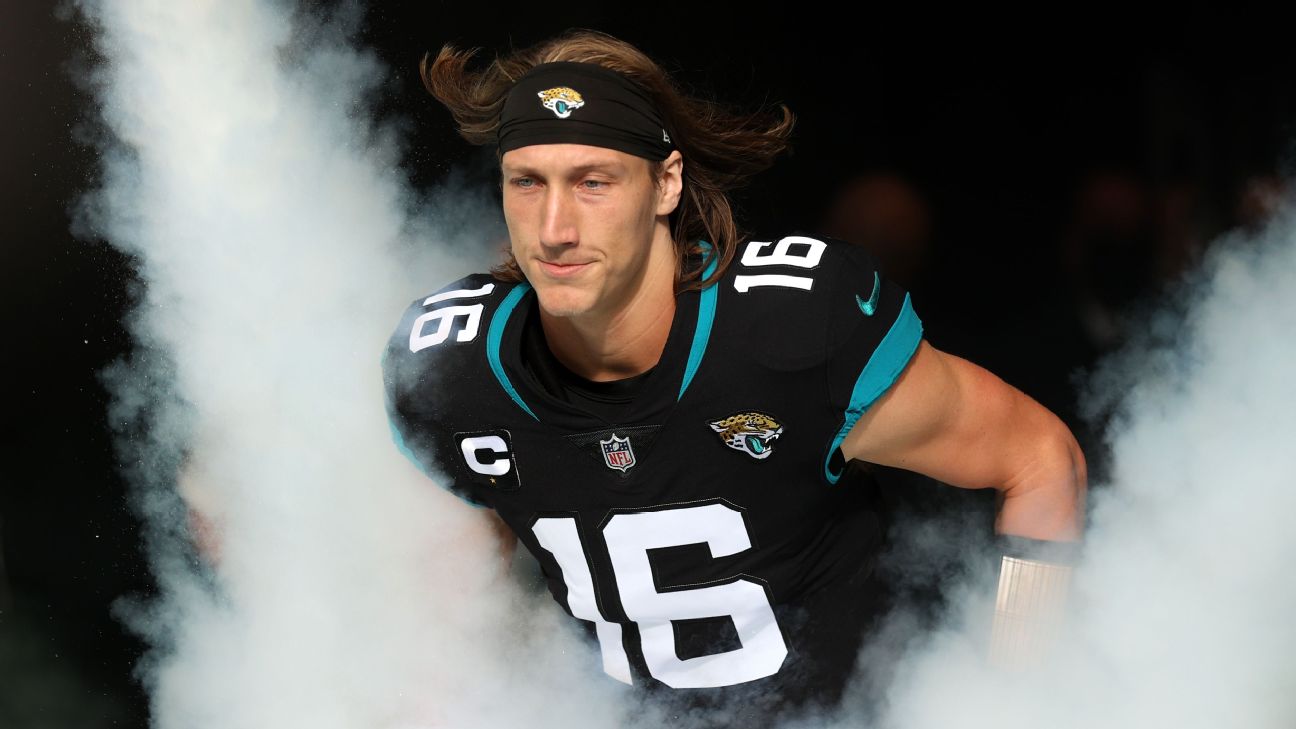 There are few things better than achieving a milestone for the first time.

That's the case for this year's top pick Trevor Lawrence. The young centerpiece behind the Jacksonville Jaguars' rebuild played a crucial role in snapping the second-longest losing streak (20) in league history on Sunday in his first career start in London.


Fellow rookies Justin Fields and Mac Jones had no such luck filing into the win column in Week 6, but that isn't to say strides weren't taken as these first-year signal-callers continue making their way at the pro level.

Zach Wilson of the New York Jets and Trey Lance of the San Francisco 49ers each had bye weeks. Lawrence will get his bye week rest in Week 7 as Jacksonville celebrates its first win since Week 1 of last season.

Before Lawrence's well-earned break, let's examine how he, Fields and Jones fared this past Sunday.

Lawrence's performance marked the second 300-yard passing game of his young career. His first such outing came in his regular-season debut against the Houston Texans.

Jacksonville's victory across the pond is also the first with a rookie quarterback at the helm after five winless visits. Lawrence had a big game en route to the team's relief-inducing win. Jacksonville won via field goal despite going 0-for-3 in Weeks 1-5.

Lawrence led the game-winning drive downfield and capped it by setting up Matthew Wright's kick to seal the deal. According to ESPN's Stats & Information, Lawrence threw for 103 yards when pressured Sunday after totaling only 162 such yards in his first five outings.

After the game, Lawrence was plenty amped to celebrate his first official NFL win.


"Oh, man, it's different," he explained about getting in the win column. "We've had a rough start to the year. We've been through a lot of adversity in this game -- just having to fight back, battle back and to find a way to win means a lot.

"And obviously, like I said, we've struggled a little bit, but to get this win and have this momentum going into the bye week, to do it here in London. I mean, it's all just special -- always, always remember this one."

On a day Aaron Rodgers made no secret about his feelings toward the Bears, Fields did his best to keep Chicago close. His 12.3 air yards per pass attempt marked the highest figure by any Bears quarterback against the Packers in the last 15 seasons. However, Chicago's rookie QB struggled connecting on them.

Fields went just 0-for-4 with an interception on pass attempts traveling over 20 yards in the air Sunday. Such downfield struggles have been constant for an offense ranked last across the league in total yardage (246.2 per game). Fortunately, Fields did show some flashes in leading Chicago to the end zone. He capped a 10-play drive with a touchdown pass to leading receiver Darnell Mooney.

Bears head coach Matt Nagy was asked about whether Fields benefits from playing against all-time greats such as Rodgers, Tom Brady and Lamar Jackson. He expressed confidence in his young signal-caller's ability to stand his own ground.

"I don't really think so," Nagy said. "I think for him, the beautiful part about Justin is when he says that, or goes to that point, he's real, you know, I mean he wants to be Justin Fields. That's all he cares about. And you can respect those other guys, and I know he does all these great quarterbacks. ... and what I like about Justin is, again, he's not going to change who he is for a reason, and he can learn and get better in certain areas."

Fields will have another opportunity to prove himself against a big-name quarterback when the Bears visit Tom Brady and the defending champion Tampa Bay Buccaneers this Sunday.

Jones did his best to put New England in position to win Sunday, but costly errors led to the Cowboys and Patriots exchanging four lead changes over the final seven minutes of regulation and overtime.

With New England leading 21-20 as the two-minute warning neared, Jones threw an untimely pick-six to Trevon Diggs as Dallas regained the lead. For what it's worth, there is very little shame in being picked off by Diggs, who became the fourth player in NFL history to pick off a pass in six straight games to begin a season (2003 Brian Russell, 1987 Barry Wilburn, 1951 Tom Landry).

Fortunately for the Patriots, though, their young franchise quarterback didn't let the error shake his confidence.

The Patriots' first-year quarterback tossed a 75-yard touchdown to Kendrick Bourne to help the team take a 29-26 lead on the very next drive. It marked the longest completion of Jones' young career as he learned the value of a short memory in the NFL.

"Yeah, I think when I watch the film, I'll always want to find ways I can do something better," Jones said after Sunday's loss. "And I'm sure there's something I can do better on a lot of plays, and that play was one of them. You just got to play the next play, and you're only as good as your last play, so at the same time, you got to move on, just execute the play that is called. I can do that better, and I will. We just can't hang our heads." 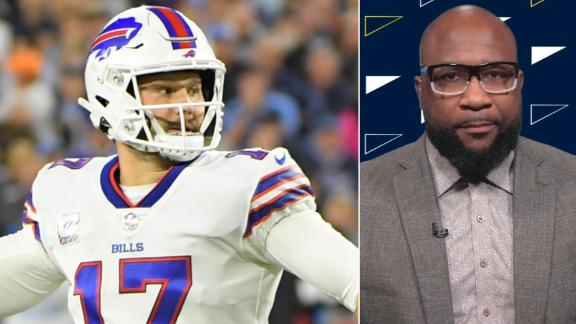