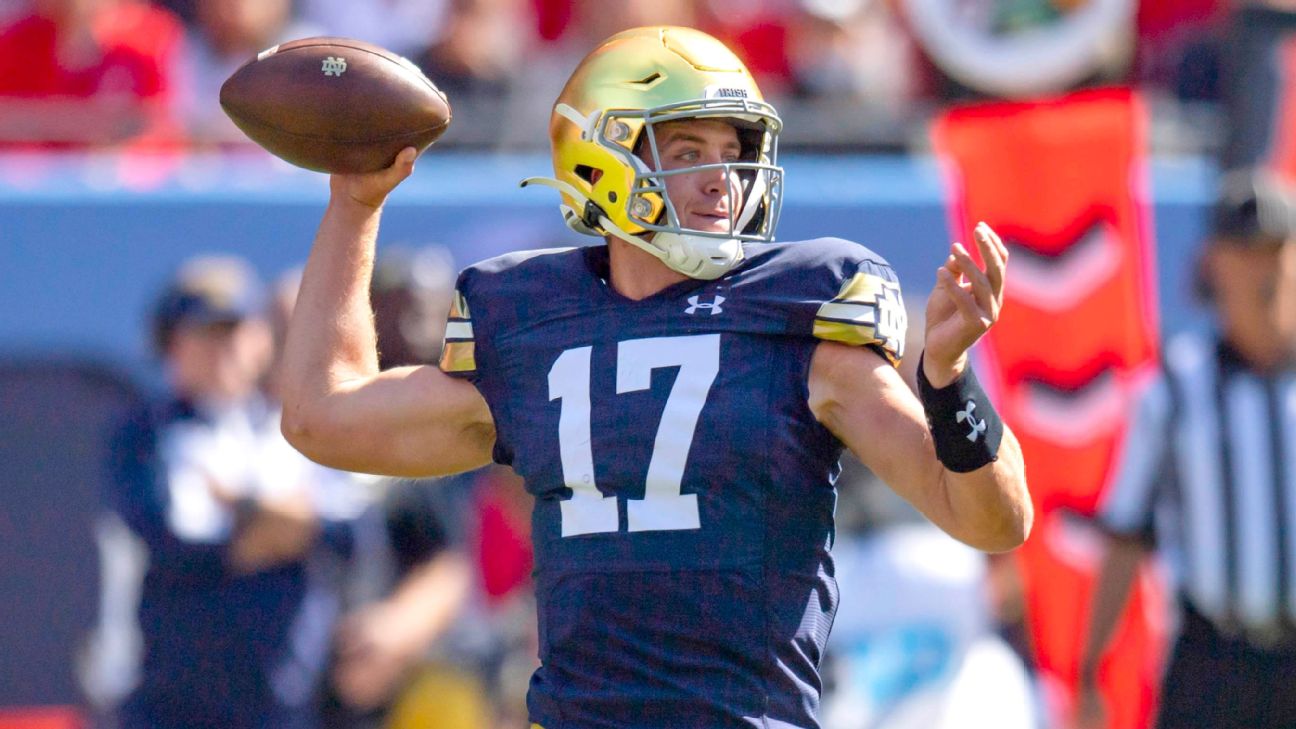 Coan left last week's game against Wisconsin with an ankle injury in the third quarter and did not return. Pyne replaced Coan and passed for 81 yards and a touchdown in Notre Dame's 41-13 win. The ninth-ranked Irish host No. 7 Cincinnati on Saturday.


"He's ahead of where I thought he would be," Kelly said of Coan.

After the Wisconsin game, Kelly said Coan, if healthy, would remain Notre Dame's starting quarterback. The transfer from Wisconsin has 986 passing yards with nine touchdowns with two interceptions this season, while completing 60.6% of his attempts.

Freshman quarterback Tyler Buchner also is making progress from a hamstring injury that slowed him last week. Kelly said Buchner's health is back to where it was when he appeared in games against Toledo and Purdue, accounting for 92 rushing yards and 72 passing yards.


"We're getting all three of them ready right now," Kelly said.

Fighting Irish offensive tackle Michael Carmody practiced significantly at left tackle this week and should play against Cincinnati after missing the past two games with an ankle injury. Tosh Bakerhas been starting in place of Carmody.