Now in Chicago, Zach LaVine is a wild card on the sneaker market 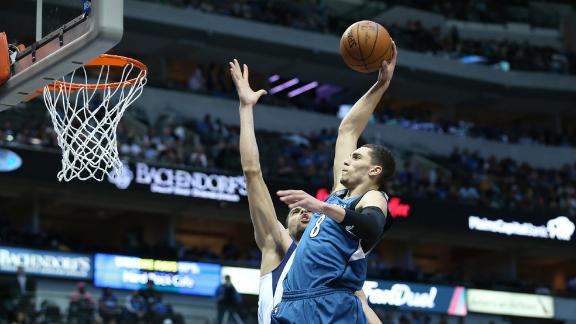 After spending his first three seasons with the Minnesota Timberwolves, an offseason move to the Chicago Bulls could see Zach LaVine cash in as he looks for a new sneaker-endorsement deal heading into the 2017-18 season.

The deal LaVine signed with Nike as a rookie expires at the end of this month, and the move to Chicago meant an overnight rise in intrigue from a handful of brands looking to sign him even as he recovers from February surgery to repair a torn ACL.

"The interest in Zach from a brand perspective was instantly raised when he went from being the third option in a small market to the primary option in a legacy market," said Nima Namakian, LaVine's agent at BDA Sports.

While Giannis Antetokounmpo is this summer'smost coveted and established sneaker free agent,the newest Bulls guard is the biggest wild card across the industry, with perhaps the most untapped marketing potential.

LaVine signed a three-year deal with Nike in 2014 after his lone season at UCLA. His continual rise on the court, along with his prolific slam-dunk-contest exploits, have already angled him toward being one of the most sought-after players by brands.

Because it holds an industry-standard match clause, Nike can allow LaVine to take pitches and offers from competing brands and even sign an offer sheet with the brand of his choosing. Nike then has 10 business days to exercise its right to match or allow LaVine to switch to a new brand.

However, Nike is expected to aggressively look to make its own initial offer in the coming weeks to retain LaVine. Adidas, looking to retool its roster of NBA players and add more explosive wing players, is also interested in signing LaVine, who wore adidas sneakers while at UCLA. Known by fans in China for his two instant classic NBA Slam Dunk Contest performances, LaVine has also emerged as the top target of Chinese brands Li-Ning, Anta and Peak.

"He's the only player we'll pitch this year," said one brand source in China.

BDA Sports has a history of locking in lucrative sneaker deals for clients with Chinese brands. After representing Chinese icon Yao Ming during his NBA career, the agency founded by longtime agent Bill Duffy began to embark on linking even more of its existing clients with Chinese brands. BDA secured a signature shoe deal for Baron Davis with Li-Ning and negotiated a likeness-only deal with Luyou for two-time MVP Steve Nash, who was still allowed to wear Nike shoes in games. More recently, BDA Sports landed long-term, multimillion-dollar deals with Anta for both Rajon Rondo and Klay Thompson. Anta is expected to make perhaps the highest offer of all potential suitors to LaVine.

His game on the court has shown more than just flashes in recent seasons, from scoring barrages throughout this past January that led to an average of 19 points per game to his slashing ability from the wing and his 46 percent shooting from the field. In addition to his strong shooting from the inside the perimeter, LaVine also improved his 3-point shooting last season, at a 39 percent rate. Once healthy, he's expected to become a primary piece of the rebuilding Bulls offense going forward.

"He's now in the same market that former MVPs Michael Jordan and Derrick Rose created their legacies in," Namakian said. "Being the focal point in Coach [Fred] Hoiberg's up-tempo offense, focused on movement and spacing, plays to Zach's strengths and should elevate his overall game and performance to an elite level."

There's no timetable just yet for LaVine's return to action this season. He has been progressing steadily all summer in his rehab, with no worries that he'll be able to return to the athleticism that has become a hallmark of his game. Weeks ago, the Bulls were looking to analyze his progress to date, putting LaVine through a series of drills and tests. His standing vertical leap tested higher than even his pre-draft measurements, according to a league source.

Even before he returns to the court, sneaker companies are willing to bet on LaVine. His potential and lack of footwear marketing to date would allow for a brand to align itself for the prime of his career. In addition to his rising on-court play, LaVine has also proven to have the right mix of variables that brands are always looking for in an endorser: explosive style, the ball in his hands and a willingness to wear a variety of attention-grabbing sneakers.

During his three seasons endorsing Nike, he has switched in and out of loud and flashy sneakers, wearing everything from the latest innovations such as custom Nike Hyperdunks to vintage Air Jordan and Kobe Bryant models. A relatively common size 12, LaVine's ability to track down and find rare sneakers from past seasons also allowed him to become one of the most followed players across a variety of sneaker blogs.

Last year, Nike launched its first LaVine shoe at stores, a black-and-blue edition of the Zoom Live that incorporated his ZL8 logo along the heel. He has long loved the jersey number 8, worn by his childhood idol Bryant in Bryant's early years with the Los Angeles Lakers. LaVine worn 8 in Minnesota and will continue to wear it in Chicago after Robin Lopez, a universally beloved teammate across the league, gladly offered to switch to a new number.

As he meets with brands over the coming weeks, LaVine is expected to decide on his next endorsement partner by the end of the month, eventually starting the 10-day clock for Nike to decide whether or not to match the contract offer.

"For the next phase of his career, Zach is looking for an organic partnership where the brand's belief and vision is genuine and aligned with his," Namakian said. "He wants to be a creative and engaged partner working together in continuing to grow his brand globally."

Nick DePaula is the creative director for Nice Kicks and former editor-in-chief of Sole Collector Magazine. 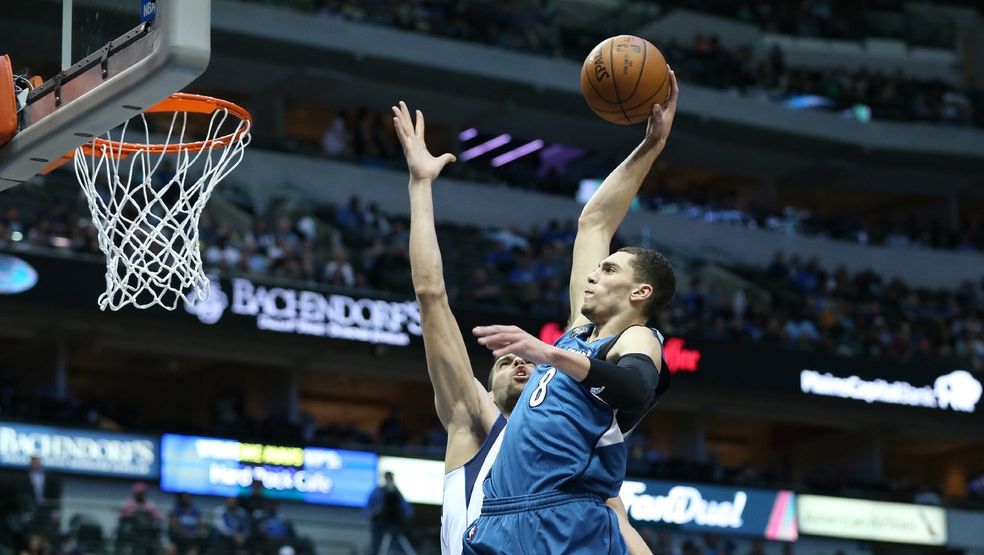