Pete Carroll reaches out to Steve Sarkisian, pulling 'for him all the way' 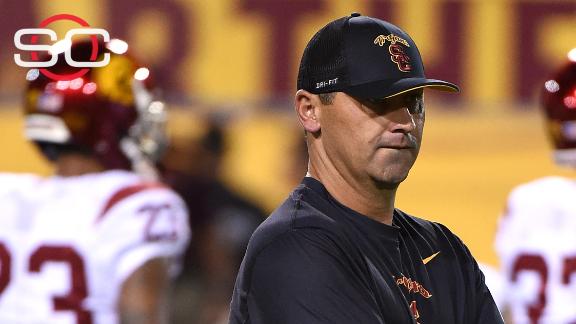 Former USC coach Pete Carroll said Monday that he is saddened by Steve Sarkisian's situation at USC and has reached out to his former assistant.

Sarkisian was fired as USC's coach Monday afternoon by the university, a day after the announcement that he wastaking an indefinite leave of absence after sources said he arrived to team facilities appearing to be intoxicated on Sunday.

Carroll, now the coach of the NFL'sSeattle Seahawks, made his comments Monday in an interview with 710 ESPN Seattle, hours before USC announced Sarkisian's dismissal.

"It breaks my heart to see how this has gone," Carroll said. "But he recognizes it and he's going to do something about it, so this is the day the turn occurs.

"I'm grateful for everybody around him that he's finally figured it out. ... This is going to take a long time. This is big battle, and we'll pull for him all the way."

"I think this is an opportunity for Sark to get right and to get well," Carroll said. "[I'm] pulling for him. He's up against some big challenges, and he's gotta go ahead and take care of it. It isn't about coaching now. It's about his personal life, getting things in order. I know he's committed to taking the right steps to do that. It's hugely important for him."

Sarkisian was not in attendance at the Trojans' practice Sunday afternoon. USC athletic director Pat Haden met with the media after practice to announce Sarkisian's indefinite leave and said it was "clear to me that he was not healthy."

A player told ESPN via text that Sarkisian "showed up lit to meetings again today." Another source said Sarkisian showed up Sunday morning and "appeared not normal," then was told to leave.

"They wouldn't let him come to practice," the source said.

Sarkisian is going through a divorce. His behavior while apparently under the influence of alcohol and painkillers at the Salute to Troy function in August drew national headlines, and he later apologized.

He was also suspected by his staff to be under the influence during USC's 42-14 win over Arizona State on Sept. 26, a source said, though Haden was apparently unaware.

Another source close to Sarkisian said the coach "needed to hit rock bottom" to seriously confront an addiction and "this is rock bottom." 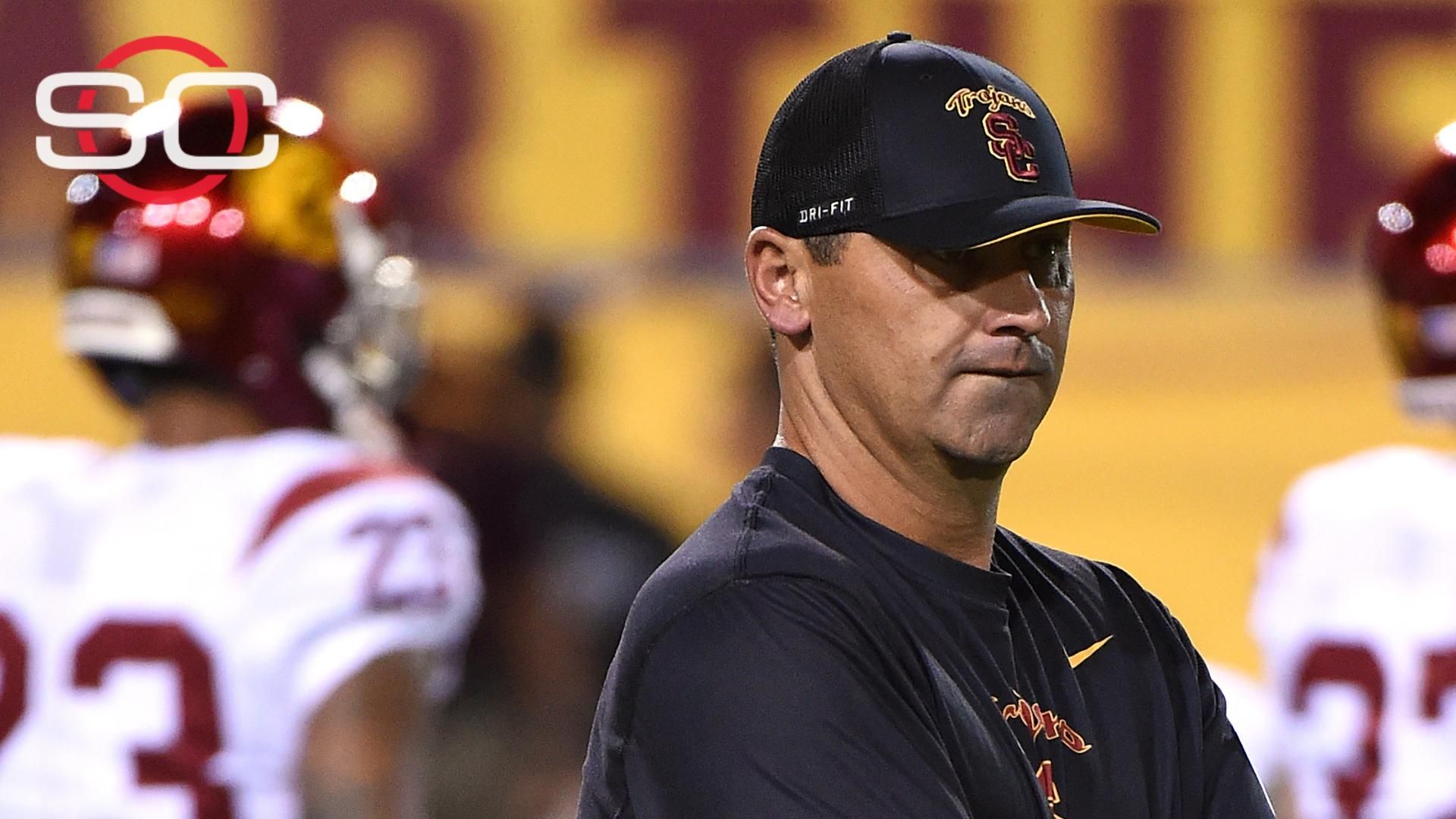