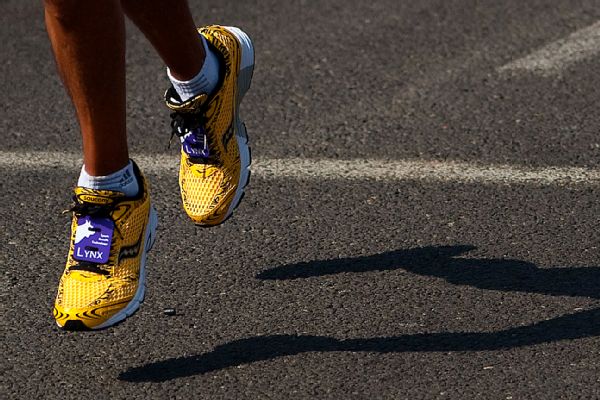 Though it's an election year, only one person can truly say they've run the country, and his name is Pete Kostelnick.

Kostelnick, a 29-year-old from Nebraska, became the fastest person to run the width of the United States on Monday, when he completed his 3,100-mile run from San Francisco to New York City in 42 days, 8 hours and 34 minutes.

Kostelnick's run is still waiting to be verified by the Guinness Book of World Records, but current record-holder Frank Giannino, who did the California-to-New York run in 46 days in 1980, was on hand Monday and greeted Kostelnick by saying, "Congratulations, brother."

Kostelnick said he fell twice during his journey and went through eight pairs of sneakers, and though he's not quite a modern-day Forrest Gump, he said he was occasionally joined by fans.

"Awesome people ... they drove 10 hours to run with me for 5 miles," Kostelnick said of his supporters.

Though a two-time winner of the Badwater Ultramarathon, a 135-mile race that starts in California's Death Valley, Kostelnick took up running a few years ago in an attempt to lose weight.