Really, the Cubs' bullpen could (should?) be a strength down the stretch 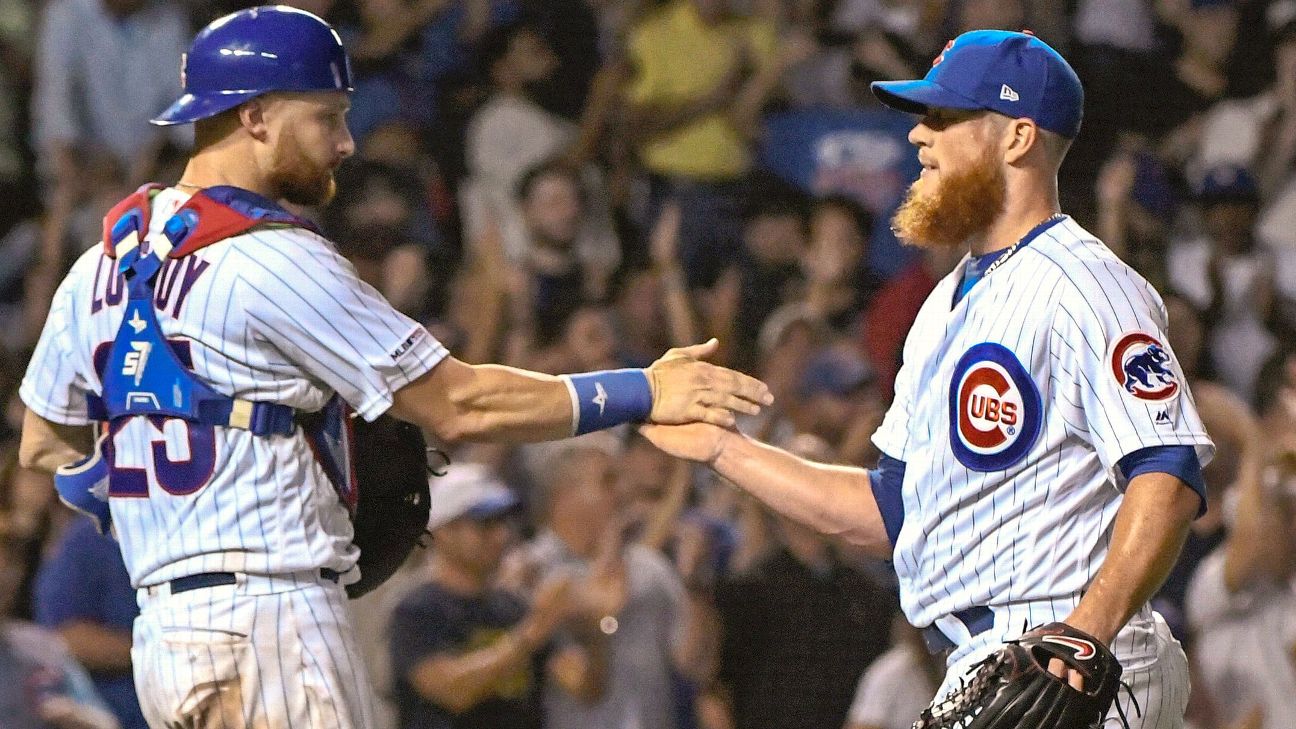 ESPN
By Jesse Rogers
CHICAGO -- Not even a full week has passed since the Chicago Cubs experienced back-to-back heartbreaking ninth-inning defeats, but here they are feeling good about a bullpen that has done nothing but blow leads all season.

It happened again Wednesday night, but the Cubs righted the ship in time for what they called a season-defining win, 12-11 over the San Francisco Giants. In fact, the Cubs blew two late-inning leads, which potentially makes their proclamations of having a good bullpen seem a bit loony.

Are they on to something or just on something?

"This is a really good bullpen," manager Joe Maddon said this week. "I know it's been maligned and we've missed some saves. I like the group. I think our best pitching baseball is ahead of us."

Ah, there's the key. Maddon didn't dismiss the past problems. He simply predicted that things will get better than the 58% save-conversion rate his relievers had compiled entering Wednesday night. And here's the thing: The Cubs skipper's reasoning isn't wrong. The team should feel good about its bullpen -- a lot better than it did when it broke camp in March. Back then, even the most casual of Cubs fans had a sneaky feeling the relief staff might be the weak link. They were right. And it's one reason the team hasn't pulled away from the pack in the National League Central.

But the Cubs are far from out of it. With just over a month to go, the bullpen might very well be an asset. With fresher arms in tow, the emergence of one young player in particular and the midsummer additions the team made, the Cubs are poised to improve on their late-inning success.

"It's been a long and winding road to get to this point, in that it's been one of the stories of the season," team president Theo Epstein said. "There have been times when our pen has let us down. That obscures the fact that a lot of positive things have happened."

Let's start with the bad:

Finally -- and this is where over-the-top criticism of Maddon undoubtedly comes from -- the Cubs have the most losses in baseball when their first reliever enters the game with Chicago having a 75% or better chance of winning. Pull the starter? Maybe Maddon should have thought twice.

But those days could be ending. Maybe.

Maddon has often cited the need for veteran players to get some time off in the middle of the season. Of course that's often not feasible, unless there's an injury. But you can't hope for an injury to a pitcher -- unless it's not an arm injury or some other serious ailment. Three veteran Cubs relievers have spent time on the injured list lately, but Steve Cishek had a minor hip issue, Brandon Kintzler a pectoral issue and Craig Kimbrel a knee issue. Cishek and Kintzler needed the break more than anyone. Now all are back and rested. And Kimbrel just had his best two outings as a Cub, sending the Giants down in order on back-to-back nights to earn two saves this week.

Every team can use an emerging young player, but they've been hard to find for the Cubs on the mound. Say hello to 26-year-old righty Rowan Wick. He came over in the offseason in a minor deal with San Diego. But he's beginning to shine. Wick has been scored upon just once over his past 25 appearances split between Triple-A and the majors, and he has stranded nine of 11 inherited runners on the season.

"If you told me I was going to be in this situation in spring training, I wouldn't have believed you," Wick said Wednesday. "I mean, Joe can trust me a little bit. When the phone rings, I'm ready to pitch."

And pitch he has, utilizing an electric fastball and paralyzing curve. And if one up-and-coming reliever wasn't enough, the Cubs have a second in lefty Kyle Ryan. He hasn't dominated in the same way Wick has, but he's in Maddon's circle of trust. Even after a day off Monday -- and with the rested veterans available -- the manager called on his two younger options during Tuesday's victory over the Giants.

"You would not have anticipated co-starring roles with Kyle Ryan and Rowan Wick," Maddon said of that 5-3 win. "All that means to me is the depth has been created in a greater way."

In other words, those veterans can now get the proper rest because Maddon has more arms to deploy.

The manager has said in the past that it usually takes the month of April for him to figure out what he has in his bullpen. For some reason, it's taken longer this year. He was slow to realize Kintzler's value and even slower to utilize former starter Tyler Chatwood. Both have more prominent roles now, though Chatwood gave up two runs Wednesday. Hey, no one said this is going to be perfect. This is 2019, after all. Bullpen perfection left the room a long time ago.

But this isn't all on Maddon. He didn't have Kimbrel until July as the team wrongly thought that oft-injured righty Brandon Morrow would return in May. Morrow was finally declared out for the season Wednesday -- without throwing a single pitch all season.

But now Maddon has his closer, as well as setup men galore. If Pedro Strop finds his game again, add another reliable arm to the mix. Consider this about Cishek: When he pitches on one day of rest this season, opponents are hitting .368 off him. On two days' rest, that drops to .111.

"You can start spreading out the work a little bit and not rely on one guy too often," Maddon said. "I don't want to get heavily dependent on one or two guys. We have the ability to spread it out."

Whether or not some of the bullpen issues this season can be pinned on Maddon, that's all in the past. And there is no better time to have the right, rested arms for late-inning work than September (and October).

"We're actually trending in the right direction," Epstein said. "We actually have a chance for the pen to be a strength for us coming down the stretch."

And perhaps those losses when given a 75% chance or greater of winning will turn to victories. The odds say they should. In fact, in one of the most simple but telling stats, the Cubs' bullpen actually ranks fourth in ERA in the NL despite ranking 12th in save percentage. There is something to build on -- and there's no better time to see it to fruition than now.

"It's easy to remember the failures ... but bullpen ERAs are way up, and we're an above-average pen by that measure," Epstein said. "We've had some nice stories, but now it's on us to synthesize it and put it all together and have a pennant-caliber pen the rest of the way, because we're going to need it." 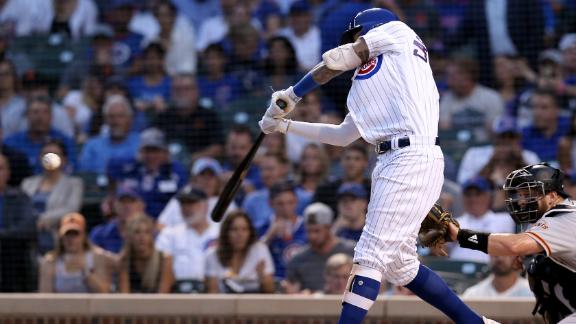