Recapping MLB's offseason moves, from blockbusters to those you probably forgot 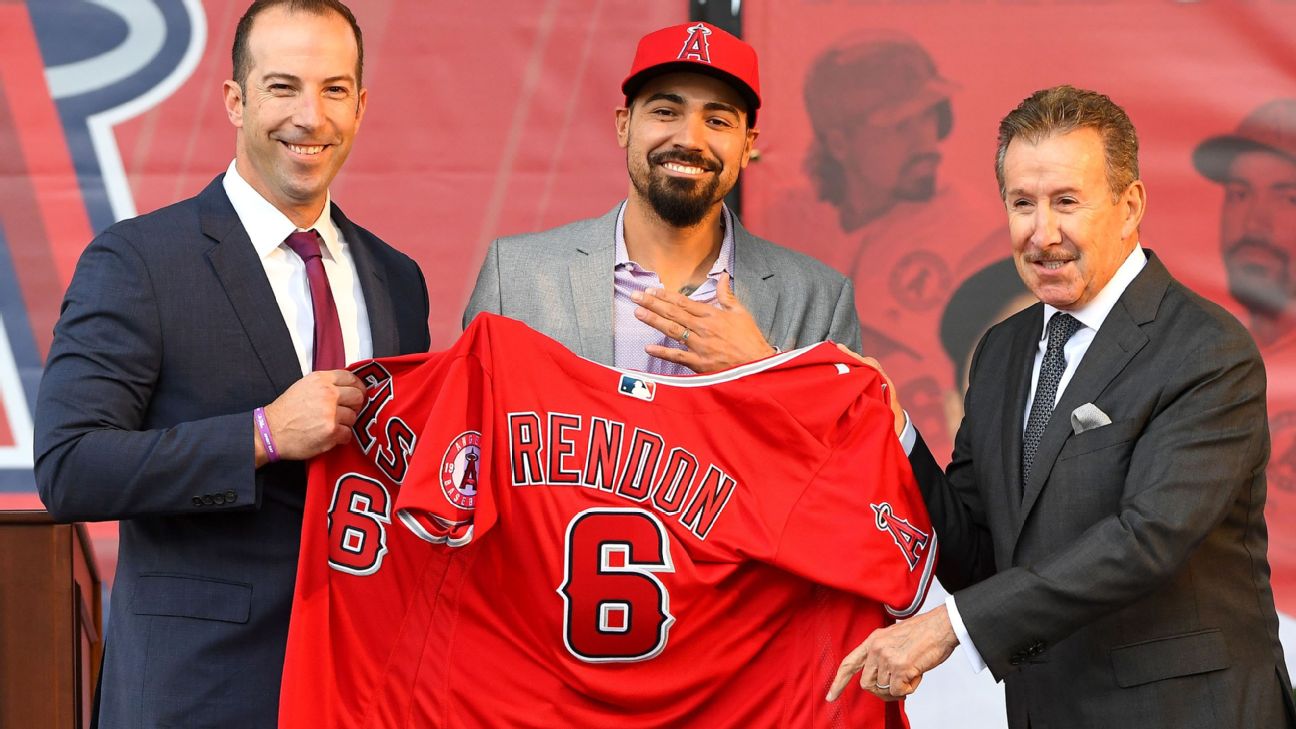 At times, it feels like we are all trapped in one of the dream levels in Christopher Nolan's "Inception," except instead of time moving faster, it slows down. Way back last winter, which nobody remembers because it happened 100 years ago, we had a baseball offseason. Players signed with new teams, trades were made and we talked about important issues like Mike Moustakas' defense at second base and Madison Bumgarner's home and road splits.

With baseball -- baseball! -- ready to return next week, let's review some of the big moves of the offseason and the likely impact on the coronavirus-shortened season.

Superstars on the move: You definitely remember these

Cole's contract shattered the previous record for a pitcher -- Stephen Strasburg's $245 million deal the Nationals announced a couple of days before Cole's deal -- and the expectation is Cole will continue pitching for many years to come at his 2019 level. Cole led the American League with a 2.50 ERA and 326 strikeouts while winning his final 16 decisions and setting the single-season record with a 39.9% strikeout rate. No Yankee has won the Cy Young Award since Roger Clemens in 2001, but it's what Cole does in October that will determine whether he becomes a "true Yankee."

Price has elected to sit out the season, but the Dodgers still have plenty of rotation depth, even after losing 2019 National League ERA leader Hyun-Jin Ryu in free agency and trading Kenta Maeda to the Twins. But this trade was about adding Betts to an already-loaded lineup -- the 2019 Dodgers scored 5.47 runs per game, the most by an NL team since the 2001 Rockies.

One thing to watch is how Betts hits away from Fenway Park, where his dead-pull swing was tailor-made to yank balls over and off the Green Monster. Betts actually has more home runs on the road in his career, but hit for a higher average (.319 to .285) with more doubles (135 to 94) at Fenway. Betts also improves an already-great Dodgers defense that led the majors in defensive runs saved in 2019 and helped L.A. pitchers post the second-lowest batting average against and second-lowest average on balls in play in the majors (trailing only the Astros in both categories).

Mike Trout has long needed more help in the lineup and he should get it with Rendon, who hit .319/.412/.598 with 34 home runs and an NL-leading 126 RBIs while finishing third in the MVP voting in 2019. Here's one way of looking at Trout's lack of support -- the ranking for the Angels' second-best hitter each of the past five seasons in terms of wRC+, a park-adjusted stat found at FanGraphs:

Shohei Ohtani and Tommy La Stella were better than Calhoun in 2019, but neither accrued enough plate appearances to qualify. The point: In Rendon, Trout finally has another superstar hitter in the lineup.

Wheeler remains in the NL East after back-to-back solid -- and healthy -- seasons, going 23-15 with a 3.65 ERA with the Mets. One reason teams were so interested in Wheeler is the belief that a smarter analytics staff will help Wheeler extract better results from his premium stuff. Last year, he ranked in the 94th percentile in fastball velocity and 82nd percentile in hard-hit rate, and his most similar pitcher in terms of velocity and movement, according to Statcast, was Gerrit Cole.

The biggest contract the Twins have ever given a free agent (trumping Ervin Santana's $55 million deal in 2015), Donaldson's deal also is the second-biggest ever for a free agent 33 or older, trailing only Kevin Brown's $105 million deal with the Dodgers way back in 1999. Donaldson rebounded from an injury-marred 2018 to hit 37 home runs with the Braves last year while also posting good defensive metrics. Other than health, I actually think there's little long-term risk here as Donaldson still has elite-level advanced metrics, ranking in the 97th percentile in hard-hit rate, 94th percentile in xwOBA (expected OBA based on quality of contact) and 94th percentile in the Statcast defensive measurements outs above average. He can still ball.


The two-time Cy Young winner got off to a bad start in 2019 (5.80 ERA in seven starts), then broke his arm when hit by a line drive, and then injured his oblique. So it was a lost season and the underlying metrics before his injuries weren't good, but he's also one season removed from winning 20 games with a 2.89 ERA.

Ryu had a stellar 2019 season with the Dodgers, going 14-5 with a league-leading 2.32 ERA, good enough to finish second in the Cy Young voting. It also was the first time he qualified for the ERA title since 2013, so the Jays are gambling on the 33-year-old to stay healthy. Ryu lives off pinpoint control and soft contact, and he has always been good when he's out there; Ryu, rookie Nate Pearson and free agent Tanner Roark give the Blue Jays a new trio to front the rotation.

Madison Bumgarner signs with the Diamondbacks for five years, $85 million

Bumgarner turns 31 in August, is closing in on 2,000 career innings and hasn't pitched well on the road the past two seasons (5.16 ERA), so there definitely is some risk here. But are you going to bet against Bumgarner? Note that Chase Field has played more neutral since the Diamondbacks added a humidor, so he's not going to Coors Field South.

The White Sox did a bunch of stuff

Indeed, they did. It was a busy winter for Kenny Williams and Rick Hahn as the White Sox signed Yasmani Grandal, Dallas Keuchel, Edwin Encarnacion, Gio Gonzalez and Steve Cishek (while also re-signing Jose Abreu). They also traded for Nomar Mazara from the Rangers. The five new free agents combined for 11.3 WAR in 2019 -- a solid group, for sure, but it's worth noting all five are on the other side of 30, so there is a lot of age-related risk there. Still, along with impact rookies Luis Robert in center field and Nick Madrigal at second base, the White Sox should be much improved.

This was an interesting pair of moves, with Moustakas signing in early December to play second base and Castellanos signing in late January, with the Reds perhaps taking advantage of the fact that a bigger payday didn't materialize for Castellanos, who hit .289 with 58 doubles in 2019. The combined $128 million is more than the Reds spent in free agency in the entire decade of the 2010s. Moustakas should be OK at second base and the Reds can hide Castellanos' glove at DH, at least in 2020, so they've upgraded the offense. The Reds also signed pitchers Wade Miley and Pedro Strop and outfielder Shogo Akiyama from Japan (where he was an on-base machine).

Under the radar: You may have forgotten these moves

A nice pickup that cost the Diamondbacks their 2019 supplemental first-round pick Brennan Malone, Marte will slide into center field, allowing Ketel Marte to remain at second base rather than moving between the two positions. The D-backs also signed catcher Stephen Vogt, coming off a productive year with the Giants.

There wasn't big interest in Ozuna after back-to-back so-so years with the Cardinals, so he signed in late January on a one-year deal, hoping to rebuild his value the way Donaldson did with the Braves in 2019. Ozuna underperformed his expected results based on his quality of contact the past two years, slugging .472 in 2019 compared to an expected mark of .548. Look for Ozuna to DH a lot, especially with Yasiel Puig coming to Atlanta as a replacement for Nick Markakis, who has opted not to play in 2020.

These two came over in separate trades for Tommy Pham and Emilio Pagan, with the Rays looking to cash in on the potential upside from two players who had up-and-down 2019 seasons. Renfroe hit 33 home runs but batted just .216 with a .289 OBP as he struggled against righties, especially in the second half, when he played through ankle and elbow injuries. The Rays believe the injuries affected his production and hope they'll offer some analytics to help Renfroe with his approach. Renfroe also had an outstanding year defensively with 23 defensive runs saved. Margot is an above-average defender in center whose bat hasn't come around, but he's still 25. At worst, the Rays added two outstanding defensive players and improved their versatility in the outfield; at best, they hit the lottery with two players who become regulars and help them chase down the Yankees.

Pomeranz was an All-Star back in 2016 during his first stint with the Padres, but they signed him to pitch out of the bullpen, where he dominated after a midseason trade to the Brewers last year, fanning 45 in 26 innings. With Pomeranz and Pagan pitching in front of Kirby Yates, the Padres could have a dominant late-game trio -- with prospects MacKenzie Gore and Luis Patino on the brink of joining Chris Paddack in a young, exciting rotation.

The last time we saw Harris he was on the wrong end of Howie Kendrick's World Series-winning home run. Give Kendrick credit: It actually was a great pitch from Harris, right on the outside corner, a pitch location Kendrick hadn't homered on all season. Anyway, the Nationals famously lacked bullpen depth last year, but Harris has been one of the best setup guys for a long time now with a 2.59 ERA since 2013. The Nationals also re-signed Daniel Hudson.

It's difficult to predict the value Gregorius will provide. His .238/.276/.441 line last year was subpar, but he may have rushed back from Tommy John surgery. His fielding metrics also were poor, but again, that might have been a result of the surgery. Or maybe he's lost a step and his power was a result of the short porch at Yankee Stadium -- he hit 27 home runs in 2018 for New York, but 19 came at home.

The four-time All-Star pitched just one game in 2019 after suffering shoulder and lat injuries and then tearing his left Achilles two outs into his return in August. The Mets' bullpen was 26th in the majors in ERA and 25th in win probability added, but if Edwin Diaz bounces back and Betances returns to form, they could turn it around and have one of the best pens in the majors.

The only issues here: Smith is currently out after testing positive for COVID-19 and Hamels has triceps tendinitis that forced him to skip a scheduled throwing session last weekend. He's yet to face live hitters -- and this comes after he would have missed the initial Opening Day because of shoulder issues. At least the Braves have deep starting pitching options to fill in, including the likes of Kyle Wright, Bryse Wilson and Tucker Davidson.

Moves for the diehards

A few other moves that could pay dividends:

Rick Porcello to the Mets: Nothing fancy here, but he's durable and could give the Mets league-average innings at the back of the rotation.

Blake Treinen to the Dodgers: He was perhaps baseball's best reliever in 2018 when he had an 0.78 ERA, but he struggled with his control and home runs in 2019.

Josh Lindblom to the Brewers: Lindblom returns to the majors after dominating in Korea the past two seasons as a starter.

Julio Teheran to the Angels: He's probably a little better than Porcello and just as durable, something the Angels desperately needed for their rotation.

Rich Hill and Homer Bailey to the Twins: The Twins are hoping the two veterans have something left in the tank.

Yoshitomo Tsutsugo to the Rays: One of the premier sluggers in Japan, the left-handed batter's best position is probably DH, although the Rays might try him at third base or left field. 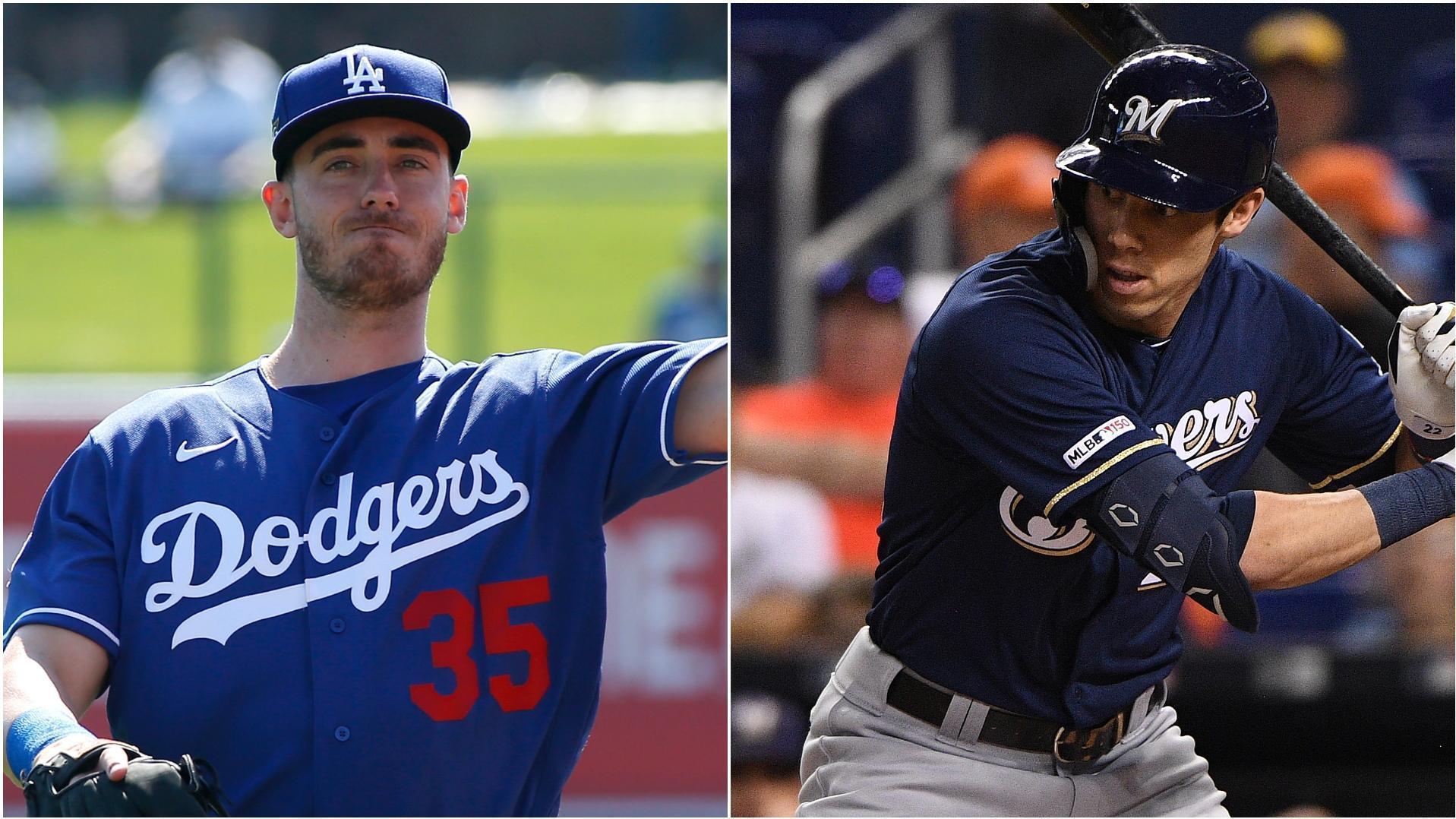