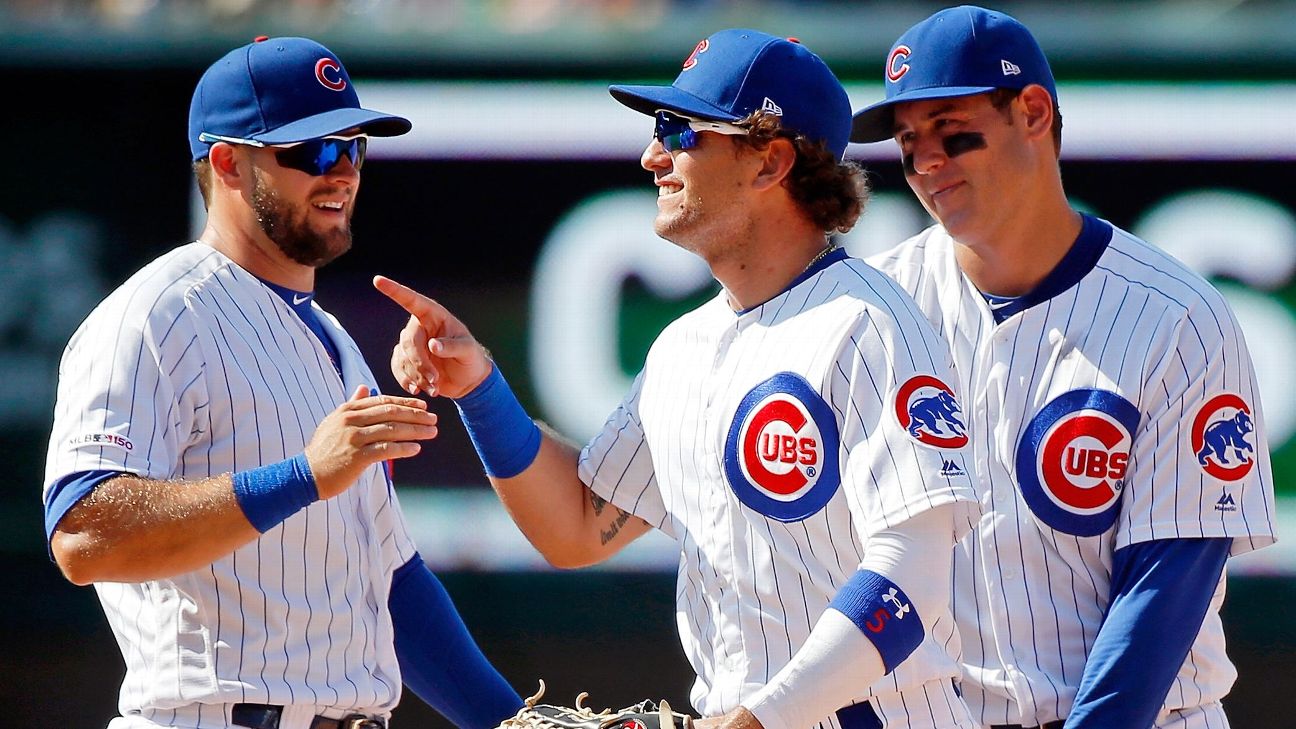 CHICAGO -- Perhaps an early second-half statement is being made at Wrigley Field this weekend, as the Chicago Cubs' offense announced its post-All-Star break presence with a bang on Saturday. Actually, they did it with a walk -- several of them -- in the team's 10-4 win over the Pittsburgh Pirates.

"Our real success, from now forward, it comes down to us controlling our strike zone," Cubs manager Joe Maddon said. "That's where you'll stay away from slumps, and that's where you'll get better with runners in scoring position."

It's not sexy. And fans might not dig it like they do the long ball, but for Maddon, a walk really is as good as a hit. On a sweltering afternoon, Cubs batters didn't take the bait when Pirates starter Jordan Lyles started nibbling. Instead, they took free passes -- four of them in the first inning alone. It lead to seven runs in the opening frame and an easy victory, a rarity for the team during the first half of the season.

"You have to let the game come to you," veteran Chicago outfielderJason Heyward said. "Take what it gives you and stay in tune to that stuff."

That's easier said than done. Walks don't make you a millionaire, necessarily. But they can win you games. The Cubs lead the National League in free passes, but they ranked seventh in that category in June. No wonder their June record was 14-15, just the third losing month since Joe Maddon took over as manager in 2015.

Maddon can't stress it enough: Controlling the zone will be the difference-maker.

"Don't permit the pitcher to do that," he opined. "You do that for yourself. To me, that's the biggest focus, but we know we have to stay within our zone and control what we do best."

No one needs to adhere to that notion more than the de facto regular leadoff hitter Kyle Schwarber. His willingness to swing at pitches outside the zone is confounding considering he entered the league having a keen eye. But talks with his manager might be paying off. Schwarber walked twice in the first inning alone on Saturday en route to being on base four times. If he is going to remain at the top of the order, the Cubs desperately need that guy to appear more often.

Schwarber was asked if his troubles usually start when he expands his strike zone.

"That's kind of the generic answer," he answered. "Expanding the zone a little bit. Not staying in the zone."

However you want to describe it, everyone knows what it looks like -- usually a juicy-looking pitch near or above the shoulders. As Maddon said before the game, with so many pitchers throwing 95 mph or above, catching up to that pitch isn't easy.

And there's one other thing that many fans still don't want to hear about, no matter how much scientific evidence is collected: A fatigued hitter is more likely to expand his zone than a rested one. Remember that 14-15 month of June for the Cubs? No other NL team played 29 games last month. And that's before you mention that, if you go back further, the Cubs played night games on five of their past seven Sundays, on top of playing 50 games in 52 days overall.

"They're making bad decisions," Maddon said of his hitters when they're fatigued. "They're not as quick with their hands, their wrists, they're just not. The work ethic indicates we're supposed to do more. The concept of doing less is really foreign to most athletes. I cannot emphasize that more."

In other words, Maddon wants his hitters to back off when the schedule gets rough. Perhaps all of that is in the past, as the Cubs have come out of the gate with two wins over the Pirates, clinching their first series victory since June 7-9. And while the highlights will show pitcher Jon Lester hitting a home run -- along with one from his batterymate, Willson Contreras -- it's the six free passes that has the Cubs manager most excited for the second half.

"I really believe our success lies within that concept," Maddon said.

So, the team's schedule is finally working in their favor, as is their offense. It's a good restart to the season -- just ask their leadoff hitter.

"We're all rested," Schwarber said with a smile. "We're all ready to go and take off in this second half. We can really separate ourselves in this division." 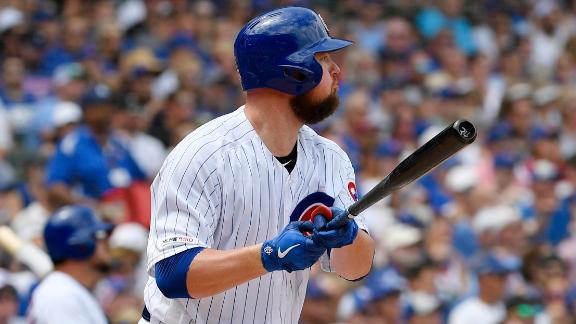