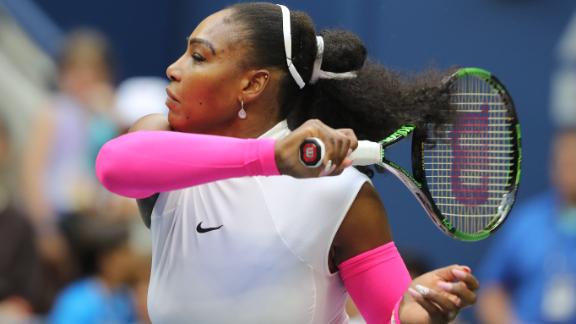 Serena Williams had a record-setting win on route to the US Open quarterfinals, but sister Venus Williamsfell to Karolina Pliskova in a third-set tiebreak.

Federer can't increase his total until next season, because he is sitting out the US Open and the rest of 2016 due to problems with his surgically repaired left knee.

Williams is 308-42 at major tournaments, an .880 winning percentage, and is now three more wins from her 23rd Grand Slam singles title, which would break a tie with Steffi Graf for the most in the Open era, which started in 1968.

Serena was asked whether she or Federer would wind up retiring with more.

Early in the day, Venus had gone from down and out to a point from victory, then back down again. In the end, she couldn't quite get past a woman a dozen years younger.

She failed to convert a match point and lost 4-6, 6-4, 7-6 (3) to 10th-seeded Pliskova of the Czech Republic in the fourth round, despite vociferous support from the Arthur Ashe Stadium crowd down the stretch.

"I really played the perfect point there," Venus said about her chance to end things while up 5-4 and Pliskova serving at 30-40, "and she managed to stay alive."

At 36, Venuswould have been the oldest woman to reach the quarterfinals at any major since Martina Navratilova was 37 at Wimbledon in 1994. She made it that far at Flushing Meadows a year ago, before losing to her younger sister.

Pliskova managed, just barely, to make it to her first Grand Slam quarterfinal at age 24. Until this tournament, she never had been past the third round in 17 appearances at majors.

"I was prepared that I'm going to play Venus -- it's going to be tough, because all the people are cheering for her,'' said Pliskova, who leads the tour in aces in 2016 and produced eight in this match.

It took her a while to finish off this one, despite going up an early break in the third set and leading 4-2.

Just as it seemed she would run away with it, Venus turned things around enough to go up 5-4 and hold a match point.

But Pliskova erased that with a swinging forehand volley -- the sort of shot Venus loves to hit -- and followed it up with another aggressive forehand winner.

Then Pliskova broke to lead 6-5 and served for the match, getting three chances to close it at 40-love. After Pliskova frittered away one with a double-fault, Venus steeled herself and stepped up, smacking a volley winner, cross-court backhand winner and two forehand winners to break back for 6-all.

Serena makes history with easy win over Shvedova
Serena Williams passes Roger Federer for the most Grand Slam match wins at 308 with a straight-sets victory over Yaroslava Shvedova. 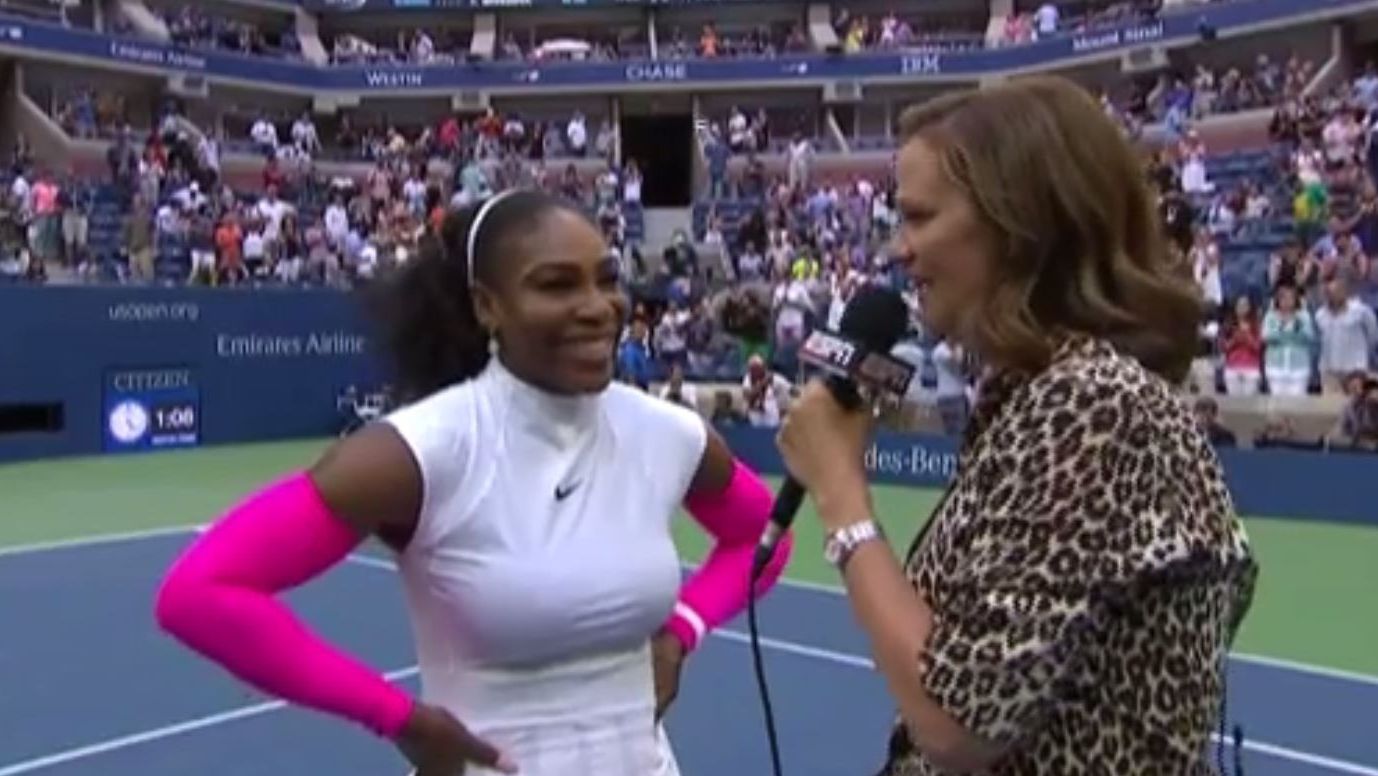 Serena excited to seize most major wins where it all started
Serena Williams reacts to notching her 308th major match win with a fourth-round victory over Yaroslava Shvedova at the US Open, an Open-era record. 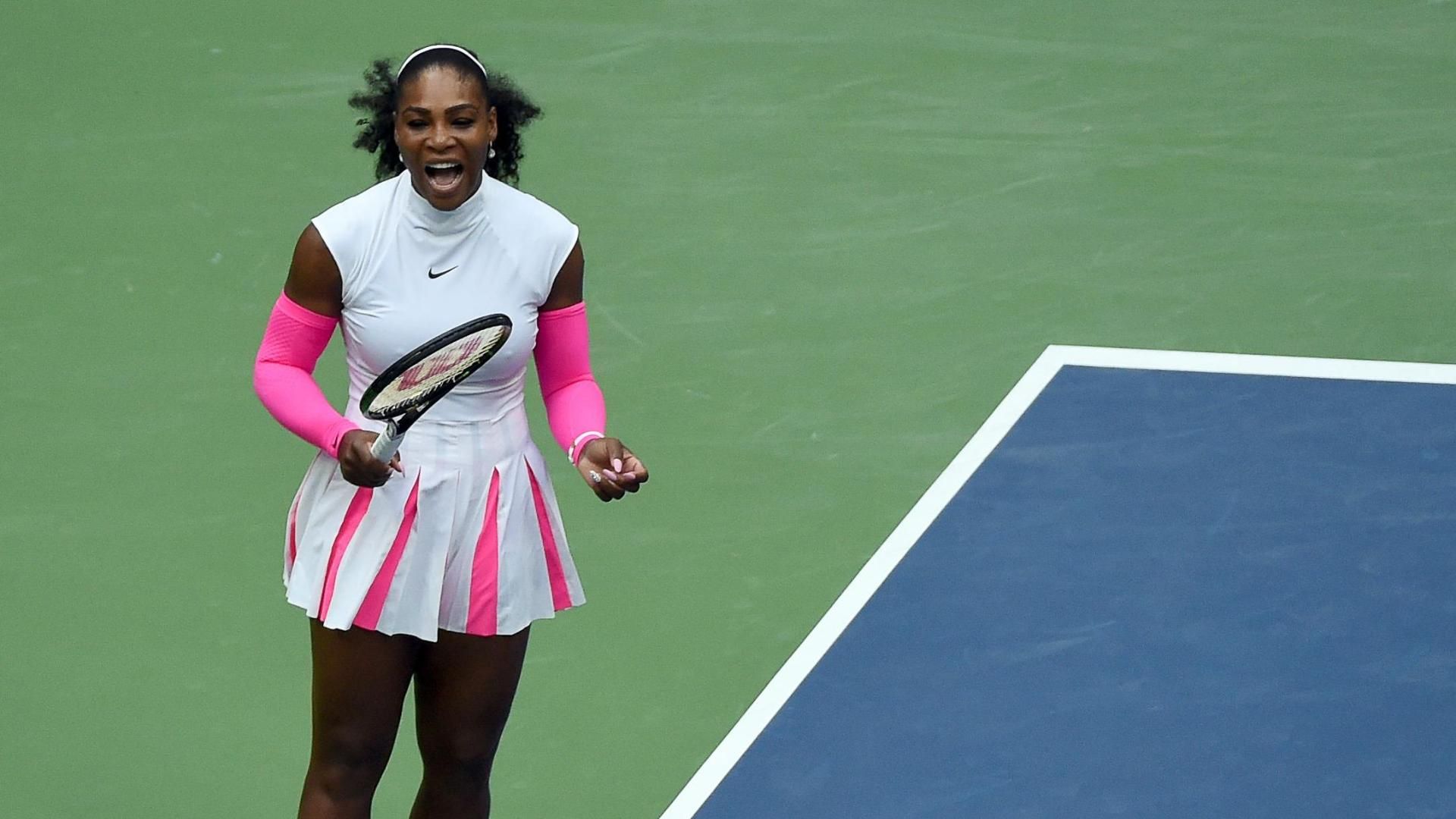