Slugging White Sox could be ready to eclipse Cubs in Chicago 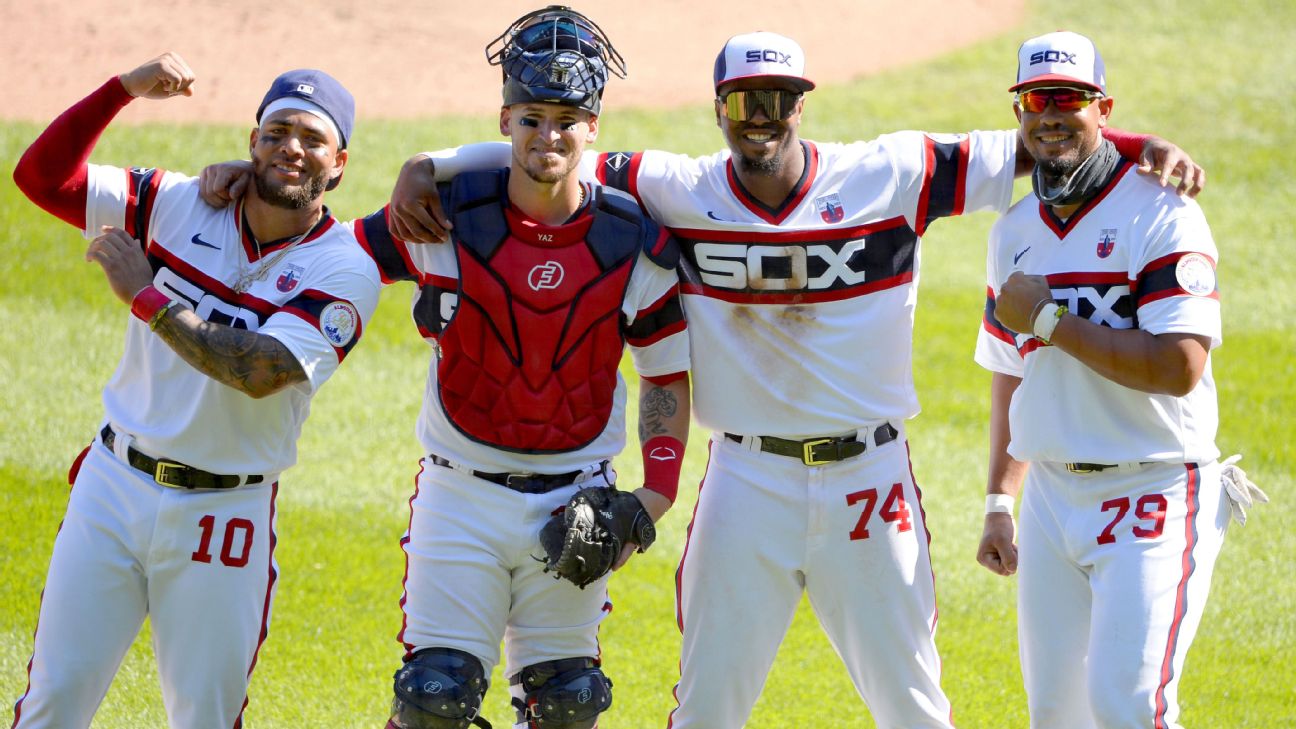 CHICAGO -- Like an aging prizefighter, the Chicago Cubs got off the mat just in time on Sunday to salvage a 2-1 win in the final game of their series against their crosstown rivals, the Chicago White Sox. The latter team has become one of the darlings of Major League Baseball, slugging their way into playoff contention for the first time in over a decade.

The Cubs have a relatively recent title -- won way back in 2016 -- and now is attempting a "Last Dance" with a veteran group that many would say has underachieved since winning that World Series. Was Sunday just a one-day reprieve for the Cubs or can they keep some headlines for themselves as the White Sox emerge from their rebuild on the South Side?


"That team has been building and there is a lot of hype," first baseman Anthony Rizzo said after his Cubs dropped the first two games of the series. "It's tough to be on the other side of it, but when you see teams come together like that, it could be very scary."

Scary is a good word to describe the White Sox's offense, which set a major league mark by hitting 28 home runs over a seven-game span that ended Saturday. The White Sox hit a whopping 12 home runs in their three-game series against the Cubs, outscoring the opposition 18-7 overall. You wouldn't know which team was in first place (it's the Cubs) by watching the weekend series at Wrigley Field.

"We have a lot of guys that you can put on your coattails and they can carry you," White Sox manager Rick Renteria observed. "We've been very fortunate. Hope it continues and this is just a sign of things as we evolve as a club."

Renteria is in the middle of his second rebuild in Chicago, having overseen the Cubs in 2014. He was jettisoned after a single season in favor of Joe Maddon but found his way back to the city as a bench coach and then manager on the other side of town. Now Renteria helms a powerful lineup, which features dynamic young stars and veteran stalwarts alike.

"They have some damaging power throughout their lineup," Friday's losing pitcher Jon Lester said. "Then you mix in a guy like [Yasmani] Grandal, [Jose] Abreu and Edwin [Encarnacion] that's going to give you that veteran at-bat and work more of your counts. Their younger guys are looking for mistakes, and they're not missing them right now. If you're not executing, they're going to make you pay. It's an impressive lineup. You just hope that the other guy doesn't pitch [as well]."

Outhitting the White Sox might be the best formula to beating them, as they lead the American League in home runs by a wide margin. Young studs such asLuis Robert and former Cubs prospect Eloy Jimenez had their moments over the weekend, but it was Abreu who took center stage for the White Sox.

There for the tougher days of the team's rebuild, Abreu is now the veteran anchor in the middle of a devastating group of hitters. He homered six times over the weekend, reminding the city -- and baseball at large -- that there's more than just one great first baseman in town. The Cubs' Rizzo said as much.

"He does it every single year," Rizzo said after Abreu's three-homer game on Saturday. "He's been a staple there.

"He's one of the most underrated first basemen in the game, in my opinion."


While the White Sox are flying high even after their seven-game win streak came to an end on Sunday, many might wonder where the Cubs stand. They were the White Sox at one time, back in 2015, emerging out of their own rebuild, bound for playoff and ultimately World Series glory. But at times, they seem like a shell of themselves. It's a testament to their leadership that they're in first place after a fast start, despite holes in almost every area of their game. After their 5-7 homestand, the Cubs choose to see the glass as being half full.

"It's nice, in general, when you're not playing your best baseball to come away with some wins," Cubs first-year manager David Ross said after Sunday's series finale. "The way we played this homestand is not indicative of the ball club that we are."

But eventually, your record -- or your stats -- tell us who you are. In the Cubs' case, they might have the most perplexing offense in baseball -- and have for several years. Once again, they have the ability to get on base, but they're not able to drive those runners home as often as they like. The Cubs rank fifth in baseball in on-base percentage but 16th in batting average and 22nd in slugging percentage with runners on base. It's maddening and not a new phenomenon.

It's why Cubs president Theo Epstein hesitated when asked about his offense going into the series against the White Sox.

"It's an interesting question," Epstein said. "We're doing certain things well and in certain areas there's really good room for improvement. The big picture is I'm really encouraged our record is what it is and a lot of our best hitters haven't really gotten on track yet. They will."

That's the hope anyway, but there have been very few signs -- other than the Cubs' ability to see pitches. At some point, there needs to be a payoff. Almost all of the Cubs' main sluggers have an OPS under .800. Something isn't clicking. Again.

"We're just trying too much," Cubs shortstopJavier Baez said. "We care a lot. ... I know it's a short season and there's a lot of pressure because we have to get better in a shorter time."

It's interesting how perspective can be so different for two teams despite similar records. After their series win, the White Sox are 17-12. The Cubs are 17-10 but seem to be the team searching for answers.


The White Sox's biggest concern over the weekend was what would 64-year-old longtime pitching coach Don Cooper dance to after Saturday's win? He chose Chuck Berry's "You Never Can Tell" and then wiggled his way into White Sox lore. The culprits of the "Dancing for Dubs" experience, catcherZack Collinsand second baseman Danny Mendick, were asked in a Zoom call if taking it to the Cubs at Wrigley Field had special meaning.

"Yes," they answered simultaneously. "Way, way more fun. ... We're trying to take this new energy, this new vibe and roll with it."

Knowing how things go in baseball, it would be foolish to anoint the White Sox as the next great thing and write off the Cubs right now, but that assessment feels like it has some inevitability to it. The Cubs have prideful leadership from top to bottom and considerable talent on the roster, so a complete write-off -- especially when they're in a slump -- wouldn't be fair.

But whatever is going on in Wrigleyville shouldn't have an effect on what the baseball world already thinks about the White Sox. Their offense is scary good -- and the only pitchers in baseball who are cool with that are their own.

"They must have been born next to a nuclear power plant. They are destroying baseballs. It's fun to watch. It literally is fun to watch."

The same used to be said of the Cubs. But just in case anyone is writing the Cubs off too soon, they'll have one more shot at the team from across town. The two clubs face off in the final three games of the season, likely with plenty on the line. 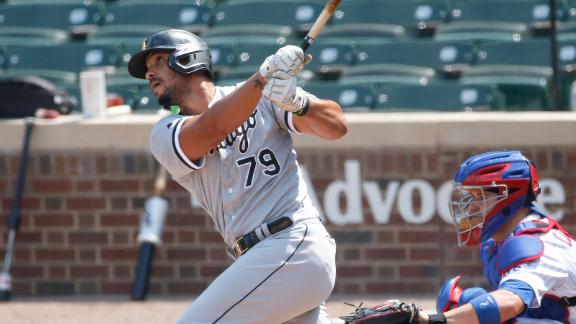