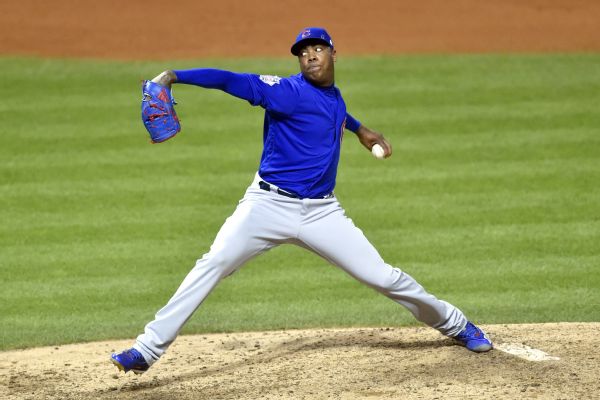 Now, "Everyone is waiting on Chapman,"said an executive of one interested team on Wednesday.

The assumption among the teams in on both closers is that Chapman's contract will set the market for Jansen, if only because the team signing Chapman would not be required to sacrifice its first draft pick. Only the club signing Jansen would lose a pick, because Jansen received and rejected a qualifying offer.

At least one of the teams involved expected Chapman to choose a team within the next 24 hours. But with negotiations ongoing and Chapman's agent, Barry Praver, trying to push Chapman's package above $90 million for five years, the exact timetable remained unclear.

The Yankees and Marlins have made five-year offers to both closers, sources said. And the Dodgers remain interested in both, although it was uncertain Wednesday night whether they had actually made formal offers to either.

Chapman has long been regarded as the Yankees' first choice. But sources who have spoken with the Marlins describe Miami as being significantly more interested than previously believed.

As ESPN reported Tuesday night, Marlins owner Jeffrey Loria has given the OK to spend the dollars required to sign one of the free-agent closers, and he has said the ultimate decision on what the team ultimately does is up to his baseball people. One source who had spoken with the Miami front office characterized that group on Wednesday as now leaning toward Chapman, because he wouldn't cost the club a draft pick.

However, other sources have described Marlins manager Don Mattingly as being strongly in favor of signing Jansen, his former closer in Los Angeles. And Mattingly admitted Wednesday he had called Jansen to let him know the Marlins had "legitimate interest" and to gauge Jansen's interest in coming to Miami.

"I think the main thing I could say is that he wasn't opposed," Mattingly said. "He didn't tell me, 'I'm absolutely going back to the West Coast,' or, 'I absolutely don't want to play in South Florida.' So basically, he was open to the idea."

"We're involved in a few markets where some dominoes need to start falling, and quite frankly, I think other people are in the same position where they are waiting to see what we do, and that might guide them in other directions," he said.

"Certainly on the reliever side, I think a lot of the teams that are shopping in that market probably want to fill [the closer role] before looking at some secondary pieces. Similarly, there are still a lot of quality relievers out there in free agency that are probably waiting to see if they can use some perceived setting of the market to their benefit."

Earlier in these meetings, Mark Melancon set a record for the largest contract for a closer by signing a four-year, $62 million deal with the San Francisco Giants. Now, Chapman and Jansen seem poised to sign deals that could be $20 million to $30 million above that figure.

But the biggest remaining drama of these winter meetings isn't how large the contracts will be. It revolves around three teams bidding on two of the best closers in the game -- which means two of them will solve their closer questions for the next five years, while the third will be left with neither of the above.

Options for the club that lands neither will be to pursue a less pricey free agent, such as Greg Holland, Brad Ziegler, Koji Uehara or Santiago Casilla, or to pursue a trade for someone such as David Robertson of the Chicago White Sox or Alex Colome of the Tampa Bay Rays.

So as these meetings draw to a close and Chapman and Jansen remain unsigned, the stakes for all three teams in pursuit of them are now nearly as high as the dollars. 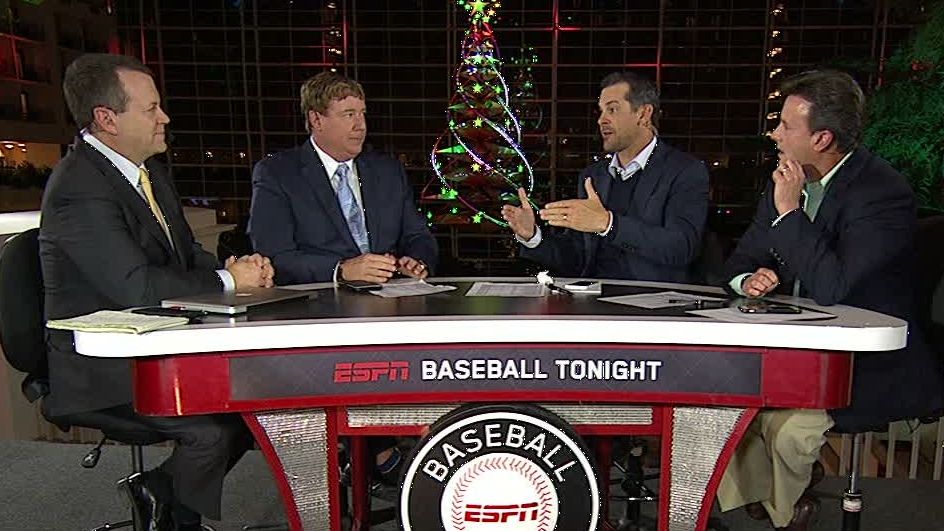