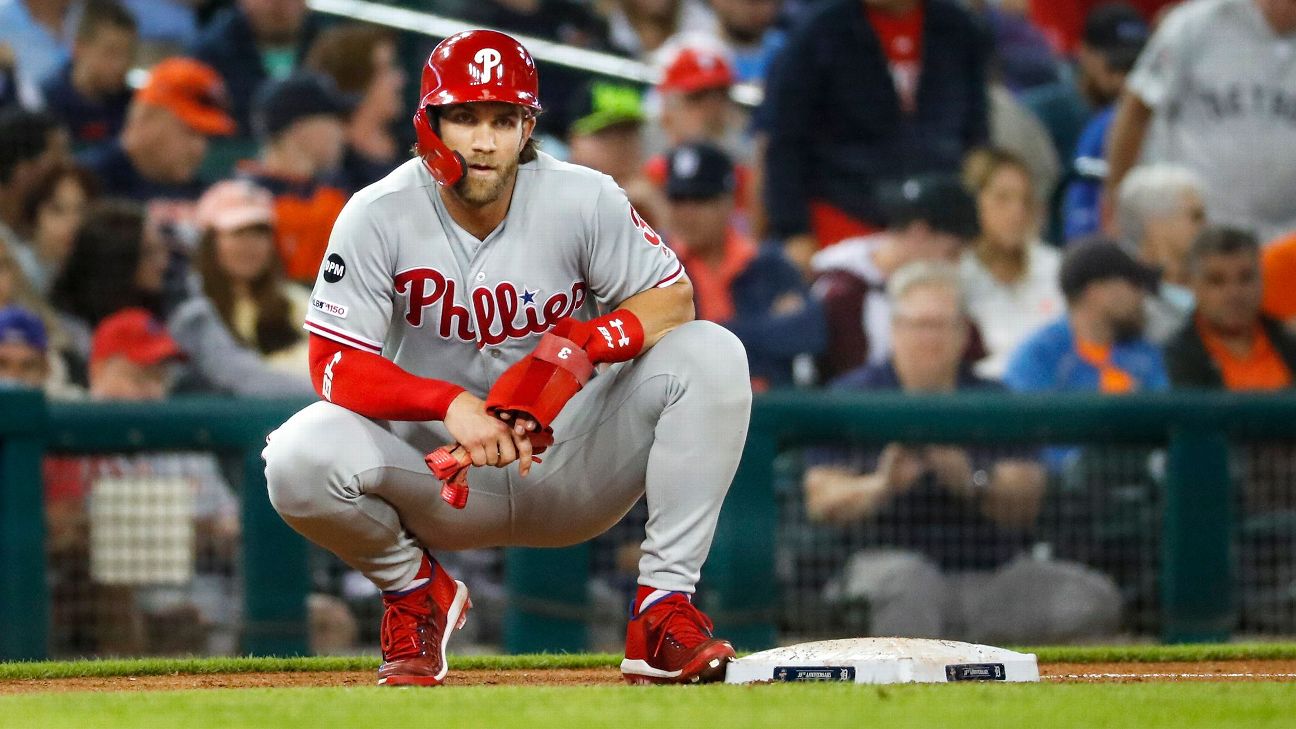 Maybe this is the best way to sum up the National League playoff race. Consider the Philadelphia Phillies, with big expectations after a winter of big deals. Here's what has happened:

Six of the relievers on the Opening Day roster -- and eight overall -- are currently on the injured list.

Andrew McCutchen played 59 games and went down for the season with a torn ACL.

Bryce Harper has been good but hardly great, and his 19 home runs in the season of the juiced ball while playing in a homer-friendly home park feel absurdly low.

J.T. Realmuto? Similar to Harper, he made the All-Star team, but his numbers are down from last season, despite his leaving Marlins Park for Citizens Bank.

Staff ace Aaron Nola has been very good but not as dominant as in 2018, when he finished third in the NL Cy Young voting.

Zach Eflin and Nick Pivetta entered the season as popular breakout candidates in the rotation. Both have been demoted to the bullpen.

Odubel Herrera played terribly and then got suspended for the season for violating the league's domestic violence policy.

Just the other day, Gabe Kapler ran out of pitchers, and outfielder Roman Quinn had to pitch, losing the game in the 15th inning.

So all that ... yet if the season ended today, the Phillies would be in the postseason. They still have a reasonable chance to win the NL East. It has been that kind of season. Anything actually can happen.

With that in mind, here are a few noteworthy series to mark on your calendars over the final two months:

The four-game series is the first set of 10 games remaining between the AL Central rivals, with two more series coming in the first half of September. The Twins catch the Indians at the right time in one sense, post-Trevor Bauer and before Corey Kluber is ready to return. Cleveland has withstood the various injuries to its rotation largely because (A) Shane Bieber has been a stud (B) Zach Plesac and Adam Plutko have been solid contributors. What I wonder is how Plesac and Plutko will fare down the stretch, especially with a much tougher schedule in August. Plesac has a 3.41 ERA and 5.23 FIP and Plutko a 4.55 ERA and 5.84 FIP.

Let's see how Syndergaard fares against a Nationals lineup that is a little tougher than those past five opponents (Marlins, Giants, Padres, White Sox and Pirates). The Mets will also miss Max Scherzer, as he remains on the injured list with an upper back strain.

The Mets and Braves play six times in August and finish the regular season with three more games at Citi Field. The Braves lead the season series 6-4. An interesting subplot is the terrific three-way race for National League Rookie of the Year, one of the best we've seen in a long time. Pete Alonso probably holds the edge due to his impressive power numbers, but if you dig deeper, you can make a case for Alonso, Braves starter Mike Soroka or Padres shortstop Fernando Tatis Jr. The stats entering Tuesday (and Alonso added another home run):

Can we just make it a three-way tie? Look, if Alonso hits 50 home runs, he's going to win. I think. Tatis' all-around game is remarkable, however, and if he hadn't missed more than a month, he might be the favorite. But he did miss a month. Soroka's ability to limit the power game has made him an elite starter as a rookie, and the Braves have indicated that they won't hold him to an innings limit, so he should easily soar pass 5 WAR. All three have a chance.

This is two teams fighting the perception that they're having disappointing seasons. But maybe those expectations were unfair, based more on big names and, in the Phillies' case, an active offseason. But check out the preseason projections at FanGraphs:

Baseball Prospectus' PECOTA projection was even more alarming on the Cubs, picking them to win just 79 games. Really, the National League has played out as expected: the Dodgers as the best team and a big mud fight in the middle in the NL Central and the wild-card race. What this all means is there's a chance we could end up with tiebreaker chaos.

Of course, it will be hard to top last season, when we had tiebreakers in the NL Central (Brewers over Cubs) and NL West (Dodgers over Rockies). In the two-wild-card era, we've had just one tie, with the Rays beating the Rangers in 2013. What we've never had is a three-way (or more) tie for one or two wild cards or the even more convoluted multiple-way tie for a division and wild card -- say, if the Cubs, Cardinals, Brewers, Mets, Phillies and Nationals all end up 84-78.

That would be fun. Unless you're MLB trying to figure out a tiebreaker schedule.

The Brewers are trying to make the playoffs two years in a row for just the second time in franchise history -- they did it back in 1981 and 1982. The Cardinals are trying to avoid missing the playoffs for the fourth straight season. That hasn't happened for them since an eight-year drought from 1988 to 1995. Oddly, they were managed in that era by two Hall of Fame skippers: Whitey Herzog and Joe Torre. Anyway, the Cardinals better figure out a way to get Christian Yelich out:

These teams will also meet again in mid-September. The season series is tied 5-5.

This is a crucial seven-game homestand for Boston, as it could be their last gasp in the wild-card race. Look, maybe they'll dig down and find something extra -- that mostly means the starting rotation -- but the bottom line is the Red Sox have struggled against good teams:

The Astros have owned the A's this season; they're 9-2 against them with a 60-27 run differential. This is their final meeting before the Astros coast into the postseason with series against the Royals, Rangers, Angels, Mariners and Angels. In one sense, that's a good thing, as it will help in their battle with the Yankees and Twins for home-field advantage. On the other hand, other than a two-game series against Milwaukee on Sept. 2-3, this is the Astros' only reasonably tough series the entire month of September (depending on how you feel about the Rangers, I suppose).

Will the lack of tough competition adequately prepare Houston for the playoffs? It's probably not a major concern, as they should be able to turn on the juice when it matters. The Astros should cruise past 100 wins for the third season in a row and become the first team to do that since the 2002-2004 Yankees.

Yeah, that's a tough 11-game road trip, including five games in D.C. and a doubleheader on the 24th. And that's following nine games against the Mets, Braves and Red Sox. Remember all those injuries in the Philadelphia bullpen? The Phillies will hope they don't lead to a repeat of what happened last season, when a fatigued pitching staff fell apart in September. The Phillies were two games out of first entering the final month but went 8-20 to finish under .500.

Will the NL Central title be up for grabs? This could be a fun series. You know, Joe Maddon's job on the line, the Cubs' streak of four straight postseasons maybe on the line, Cubs and Cardinals fans going at it -- that's all.

Other season-ending series between possible contenders: Indians at Nationals, Braves at Mets, Dodgers at Giants. 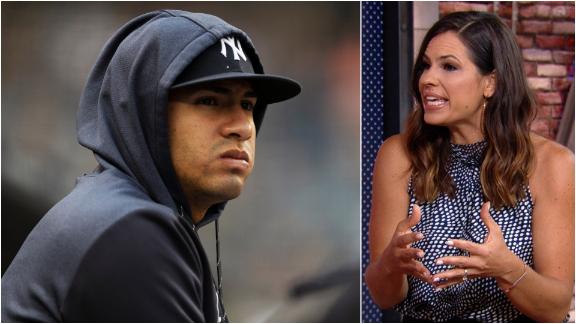