The stories behind the Cubs' top Players Weekend nicknames 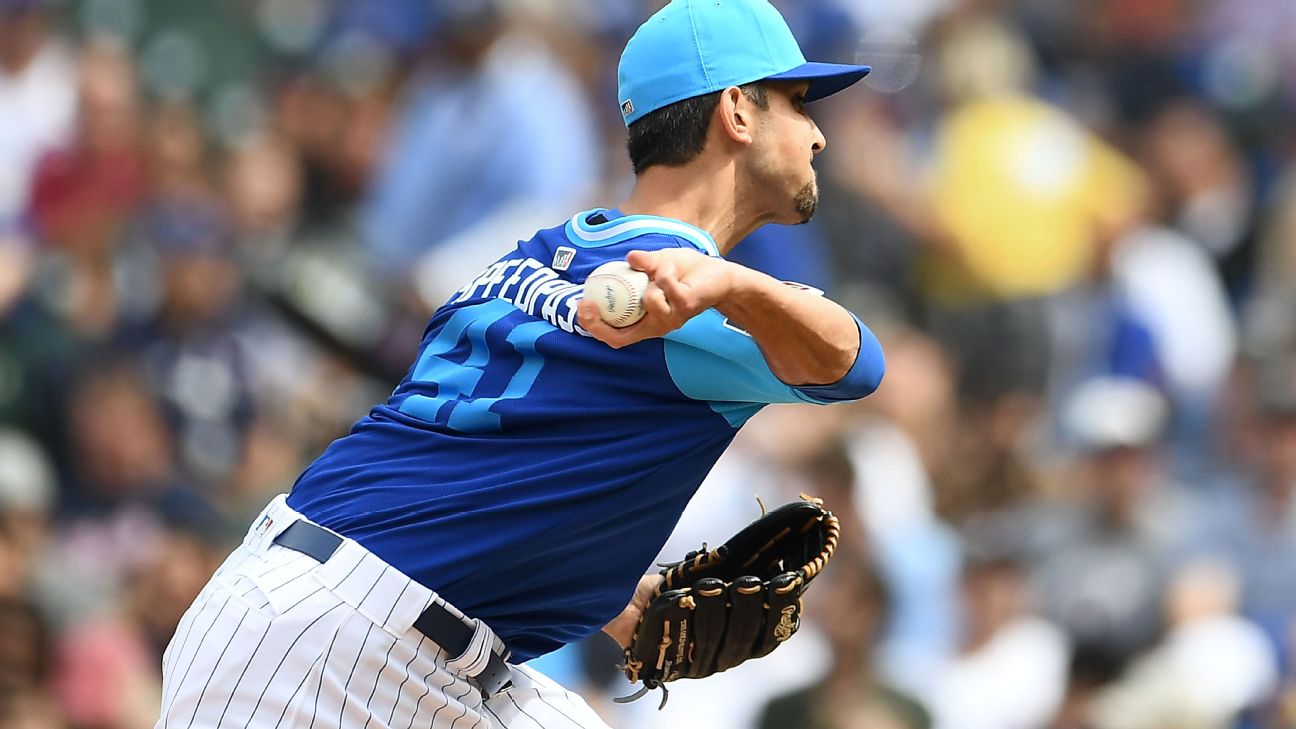 ESPN
By Jesse Rogers
CHICAGO -- Nicknames in baseball can be more entertaining if they aren't obvious. Fortunately, there are several Cubs players who got particularly creative for Player's Weekend this year.

The best monikers come from the pitchers; here is a sampling, with their explanations for the nicknames they chose.

Jesse Chavez is "Dado": "It's because of my daughters. One day they were like, 'Hey, Dado, and hey, Mamo.' It's a thing at home. Last year, I was 'Flaco'. It means skinny. When I was drafted, I was skinnier than [Carl] Edwardsover there. This time it's Dado."

Randy Rosario is "Pelo Fino": "'Pelo Fino' is like goo hair. My hair is no good, so that's why my friends call me 'Pelo Fino.' They always ask, 'Why are you touching your hair? You have bad hair.' There's no gel in it. It just stands up on its own."

Steve Cishek is "Speedpass": "I had a job as a Mobil gas station attendant. I was pumping some lady's gas and one of my high school friends screamed 'Speedpass!' out of a window passing by. That was the birth of my high school nickname."

Brandon Kintzleris "Salt": "In Triple-A in 2016 -- I don't think anyone is happy to be in Triple-A -- so I guess I was a little salty. And so one guy called me 'Salt' and another guy called me 'Morton,' like Morton's salt. So when I got called up by theTwins, it just became my attitude. It gave me my edge. Kind of stuck with me, having a chip on my shoulder.

"So when I get toWashington, someone heard 'Salt,' and one of the guys was like, 'Who's Salt?' And someone said, 'Kintzler.' And they were like, 'Oh my god, that makes so much sense.'

"I didn't do it last year; I thought it was stupid. But this year, they talked me into it. It hasn't come out here, but now it is. I think I pitch better when I have that attitude."