The WNBA's 25 all-time greatest players, according to the stats 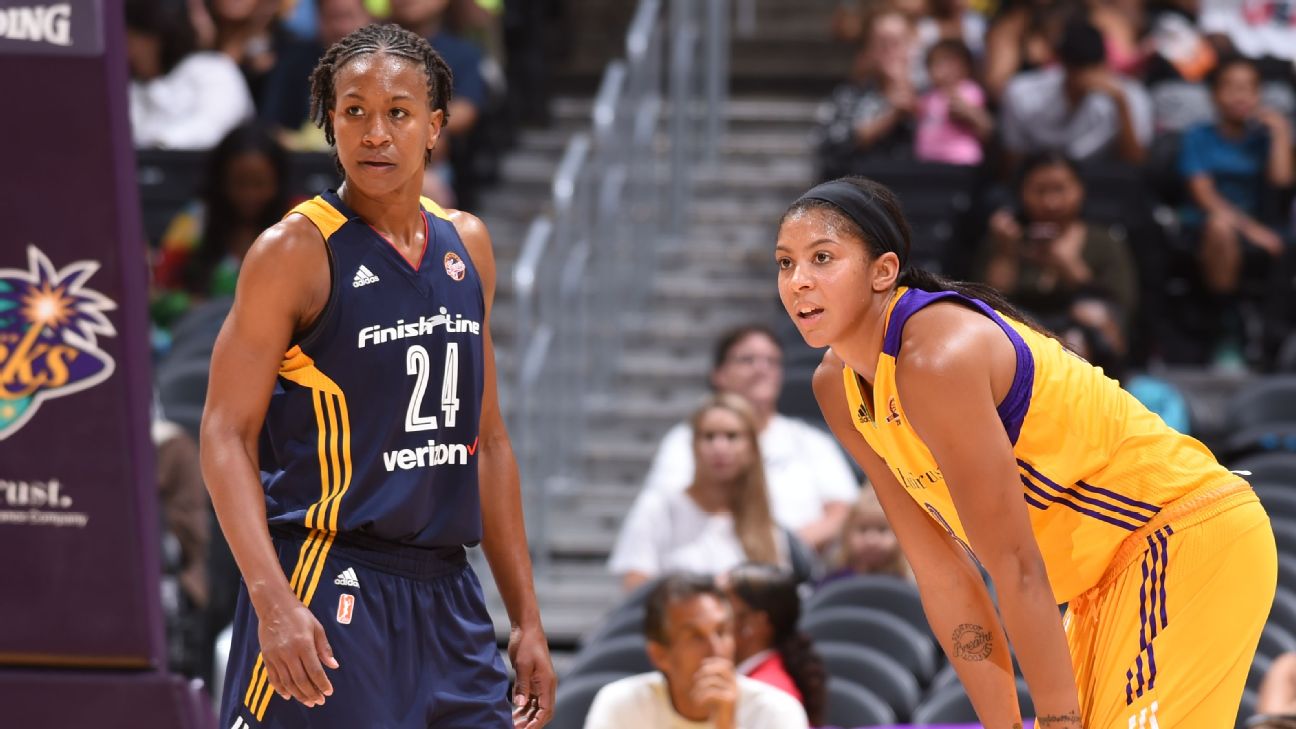 How do the WNBA's best players stack up statistically?

To try to answer that question, in conjunction with our top 25 player ranking on Tuesday as part of the league's 25th anniversary season, I'm unveiling for the first time a WNBA version of the championships added metric I introduced for the NBA (and ABA) five years ago.


As in the NBA, the concept is the same: quantify how much a player's statistical contributions improved their chances of winning a title above the average for all teams. That means one MVP-level season is worth far more than several All-Star campaigns. It also naturally balances the tradeoff between peak contributions and longevity when it comes to ranking careers.

There are a couple of differences in the WNBA version. First, because we have full box score stats for the W's entire history, I'm using my wins above replacement player (WARP) metric rather than Basketball-Reference.com's win shares. Second, playoff championships added are based on game-by-game performance (as measured by Game Score) rather than total postseason stats.

Championships added based on regular-season WARP, playoff performance and awards (MVP, All-WNBA and All-Star honors) are then adjusted based on league quality for the season in question, which fluctuated wildly with expansion and the integration of former ABL players in the league's first four years before steadily improving in the modern 12-team era. Those seasons are then summed up to provide a final estimate of how many championships a player would have added to average teams' total.

Let's take a look at the rankings.

The conclusion here is the same as the one I reached last year, when Catchings was selected for the Naismith Memorial Basketball Hall of Fame: Nobody has had a better WNBA career. Catchings is No. 1 by a wide margin in regular-season championships added, with nearly a full one more than any other player. And she is second in playoff championships added because of her postseason longevity and excellence.

The look back at the top players in league history has offered another reminder of how much less help Catchings had with the Indiana Fever than other WNBA superstars did. She played just three games with other members of ESPN's top-25 ranking, all with Yolanda Griffith when Griffith was 39, and on the verge of retirement. Among the W25 players, only Becky Hammon (0) played less frequently with other top-25 players as teammates.

Parker ranks second largely on the strength of her playoff performance. Only Cynthia Cooper averaged more WARP per postseason game, and Parker did it in more than twice as many games (48 to Cooper's 19). As a result, Parker is the leader in playoff championships added, despite winning just one title with the Sparks.

Taurasi topped our rankings and is the favorite to win the WNBA's GOAT vote as the league's all-time leading scorer and a 10-time All-WNBA First Team pick. Her advanced stats though have not been quite as effusive. Taurasi is No. 1 in awards championships added and No. 4 in the playoffs, but just sixth in regular-season championships added.

In part, the championships added method gives more credit to her relatively strong teammates. Taurasi played for extended stretches with four other players in the top 25. Additionally, she doesn't score quite as well in WARP as players who were elite at both ends of the court.

Leslie was atop the rankings when she retired in 2009 as a three-time MVP and two-time Finals MVP before being passed by players who shined as brightly during a more competitive era of league history. Still, she's in the top 10 in all three measures of championships added and second behind Taurasi in the awards category.

Second to Catchings in regular-season championships added, Jackson drops a bit because of her relatively weaker playoff performance (14th all time). Sadly, the Storm didn't advance past the first round from 2005 through 2007 and she missed both the 2008 and 2009 postseasons due to injuries before returning to win Finals MVP in 2010.

The three-time MVP is third in regular-season championships added. Surprisingly, despite those accolades, Swoopes is relatively low in awards championships added (ninth), largely because she got a late start piling them up. Swoopes was 27 by 1998, her first full WNBA season after giving birth to son Jordan in 1997. She also doesn't get as much credit as Cooper for the Houston Comets' four title runs.

It's remarkable that Cooper was able to get this high on the list in what was essentially a four-year career. (After two years as a coach, Cooper returned in 2003 to play four games at age 40 before retiring for good.) Consider that adding 1.6 championships in four years suggests that putting Cooper's production on an otherwise average team would give them about a 50-50 shot of winning a title. Cooper was so dominant in winning two MVPs that she's fourth in regular-season championships added in 124 career games.

Fowles has put together one of the most balanced WNBA careers, ranking in the top 12 in all three measures of championships added as a regular-season MVP and two-time Finals MVP. And she isn't done yet, submitting another outstanding season at age 35 after being limited to seven games by injuries in 2020.

On the strength of just five WNBA seasons, Stewart has already cracked the top 10 at age 27, with the chance to keep moving up the list. Her 2020 playoff run scored as the second-best in league history with the quality of play adjustment. Stewart averaged 25.7 points, 7.8 rebounds and 4.0 assists on 62% true shooting as the Storm swept through the postseason 6-0 to win a second title in her career.

Unfortunately, Delle Donne hasn't been able to add to her total since leading the Washington Mystics to the 2019 title, as she opted out of last season due to COVID-19 concerns and was limited to three games in 2021 following back surgery. Still, even if Delle Donne never plays another game, she has already cemented herself as an all-time great with two MVPs.

Although Griffith won MVP in 1999, her first WNBA season after playing in the ABL, she lags in the awards category (19th) for an understandable reason: Leslie largely blocked her path to the All-WNBA First Team. (Griffith only made it in 1999 and then 2005.) Griffith ranks in the top 10 in both regular-season and playoff championships added though, despite not debuting in the WNBA until age 29, illustrating her impressive longevity.

A strong contributor during the regular season, McCoughtry has taken it to another level in the playoffs, ranking seventh with 0.9 adjusted championships added. She was the driving force in Atlanta's three Finals appearances, including averaging 26.7 PPG in 2010.

Because of the way championships added works, Bird doesn't get as much credit for stringing together more seasons of above-average play as any other player in WNBA history. Still, her longevity has helped her climb to seventh in the awards category, easily the best among players who have never won an MVP.

With an MVP on top of her eight All-WNBA appearances (five on the first team), Charles is one of the six players ahead of fellow Christ the King alum Bird in the awards category. However, she doesn't rank quite as well in terms of statistical production, placing 23rd in regular-season championships added and 26th in the playoffs.

On regular-season value alone, Pondexter would be just outside the top 25, but her outstanding playoff runs in both 2007 (when she won Finals MVP) and 2010 (when she averaged 28.4 PPG on strong shooting percentages as the Liberty lost in the conference finals) lift her into the top 10 in postseason championships added.

No player has been more consistent across the board than Griner, who ranks 15th (regular season), 16th (playoffs) and 16th (awards) in the three championships added components. She could lift her awards score by making this year's All-WNBA First Team, which would be enough to jump both Pondexter and Charles.

Because her 2016 MVP campaign was Ogwumike's only All-WNBA First Team appearance, she lags a bit in the awards category (28th). Her efficient play has her at a much stronger 12th place in regular-season championships added, with her playoff play (19th) about where she ranks overall.

One of the WNBA's great late bloomers, Hammon contributed 0.8 of her 0.9 championships added after being dealt to the then-San Antonio Silver Stars at age 30. Hammon would make two All-WNBA First Teams in San Antonio, leading the Stars to the 2008 Finals.

The WNBA's all-time leading scorer before being passed by Taurasi in 2017, Thompson was a valuable contributor from the league's inception until her retirement in 2013 at age 38. She lags a bit here in playoff value (34th) because her shooting percentages dipped from the regular season.

Bonner has typically rated well by WARP because of her volume 3-point shooting and strong combination of blocks and steals. So while she's outside the top 25 in the awards category (32nd, about where she's probably perceived by fans), she cracks the top 20 in regular-season championships added.

There's a nice symmetry between the careers of Bonner and Taylor, teammates in Phoenix for an extended period of time who are favorites of advanced stats. Taylor scores even worse in terms of awards (35th) but jumps to 18th in playoff championships added, in large part because of hyper-efficient title runs in both 2007 and 2009.

During an era where Bird and Taurasi were still in their prime, Whalen was an All-WNBA First Team pick three times from 2008 through 2014, with two additional second team appearances powering her to 15th in awards championships added.

Young-Malcolm played 10 WNBA seasons before retiring while still a productive starter at age 31. As a result, she's outside the top 50 in regular-season championships added but vaults into the top 25 on the strength of her playoff contributions. Young-Malcom improved her scoring average every season the San Antonio Stars made the playoffs while also upping her scoring efficiency.