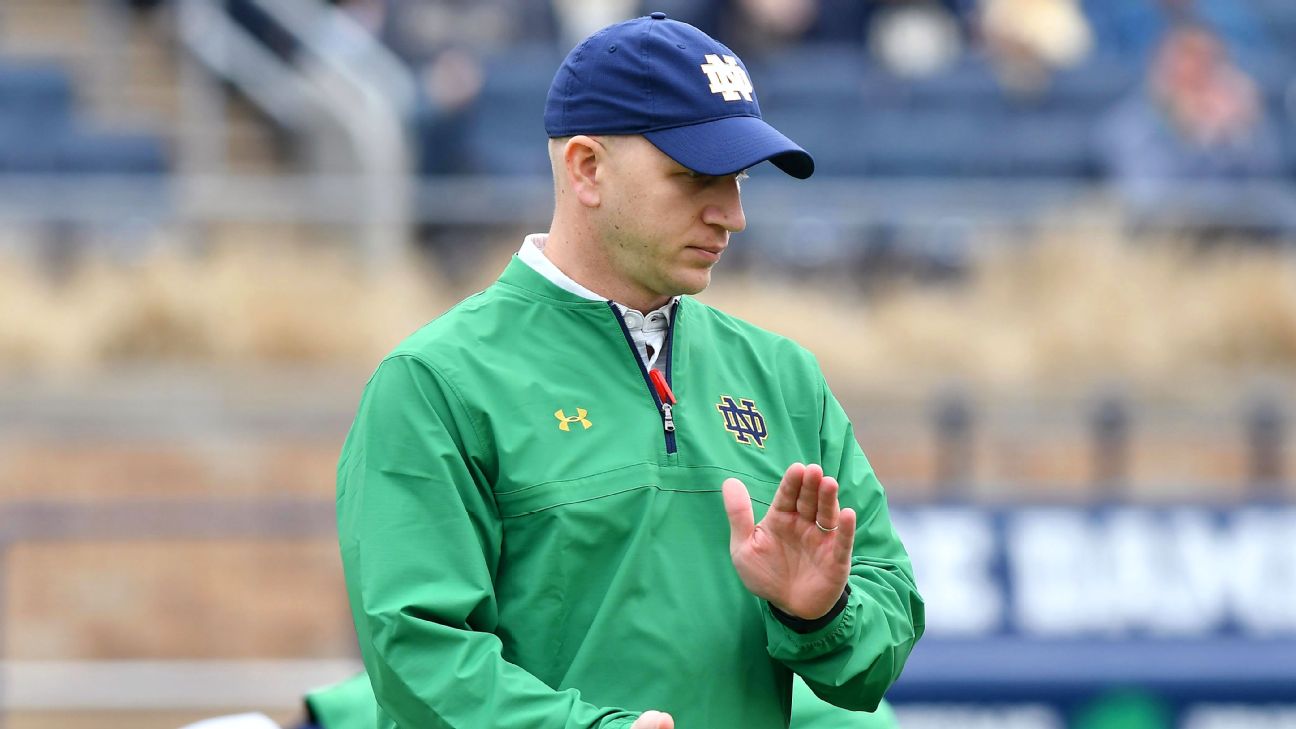 Vanderbilt has zeroed in on Notre Dame defensive coordinator Clark Lea as its top target to become the Commodores' next football coach and hopes to finalize a deal within the next day, sources told ESPN.

Lea, 38, oversees a Notre Dame defense ranked 12th nationally in scoring defense (17.1 points per game) and 14th nationally in total defense (314.5 yards per game). The Irish have held seven of their 10 opponents this season to 21 or fewer points.


A Nashville native, Lea played fullback at Vanderbilt after transferring from Belmont, where he lettered in baseball. He began his college career at Birmingham Southern, where he also played baseball. Lea went to school in Nashville at Montgomery Bell Academy.

Lea, who was a finalist last year for the Boston College head-coaching job, joined the Notre Dame staff in 2017 as linebackers coach and was promoted to defensive coordinator when Mike Elko left for Texas A&M. Lea also coached linebackers at Wake Forest, Syracuse, Bowling Green, South Dakota State and UCLA.


Lea would replace Derek Mason, who was fired earlier this season in his seventh year on the job. The Commodores are winless this season, and Mason compiled a 27-55 record at Vanderbilt.