Vegas: Warriors would be favored over 72-10 Bulls team 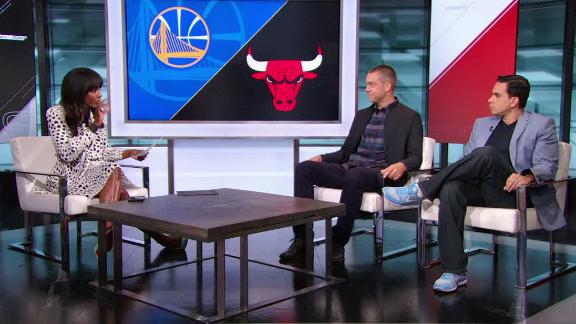 The Golden State Warriors are NBA champions once again, this time holding on to a 3-1 lead and beating theCleveland Cavaliersin five games.

Even though they can't line up on the court, that doesn't mean Las Vegas can't have some fun comparing them to another all-time great team.

ESPN spoke with seven Vegas bookmakers and asked them to set the odds in a game and series between this year's Golden State team and Michael Jordan's 1995-96 Chicago Bulls squad that went 72-10 en route to an NBA title.

Five of the six had the Warriors favored, from as high as -8 at the MGM (per Jay Rood, vice president of race and sports at MGM Resorts) to as low as -2 at William Hill US (per Nick Bogdanovich, director of trading, William Hill US).

Chris Andrews, sportsbook director at South Point, wasn't crazy about the comparison but said, "it would have to be pretty close to pick-em, point spread and series. It would depend on [which team] could force its style on the other."

"It's a different era now, and today's game is played at a pace unlike in the 1990s," Sherman told ESPN. "Players are bigger, faster and stronger than back then."

Aaron Kessler from the Golden Nugget also favored the Warriors, at -4.5.

Matthew Holt, COO at CG Analytics, did not offer a spread for the hypothetical showdown but said it would be a matter of contrasting styles and rules as well.

"The biggest factor is what rules is [the] game being played under," Holt told ESPN in an email. "Being able to hand check would make the Bulls [the] favorite and their roster was built for that. In the no-handcheck era, the Warriors' current roster is much better suited and would have some serious speed and shooter advantages at several key positions."

Golden State was a favorite in every postseason game and opened at Westgate as a -200 favorite to repeat next season. 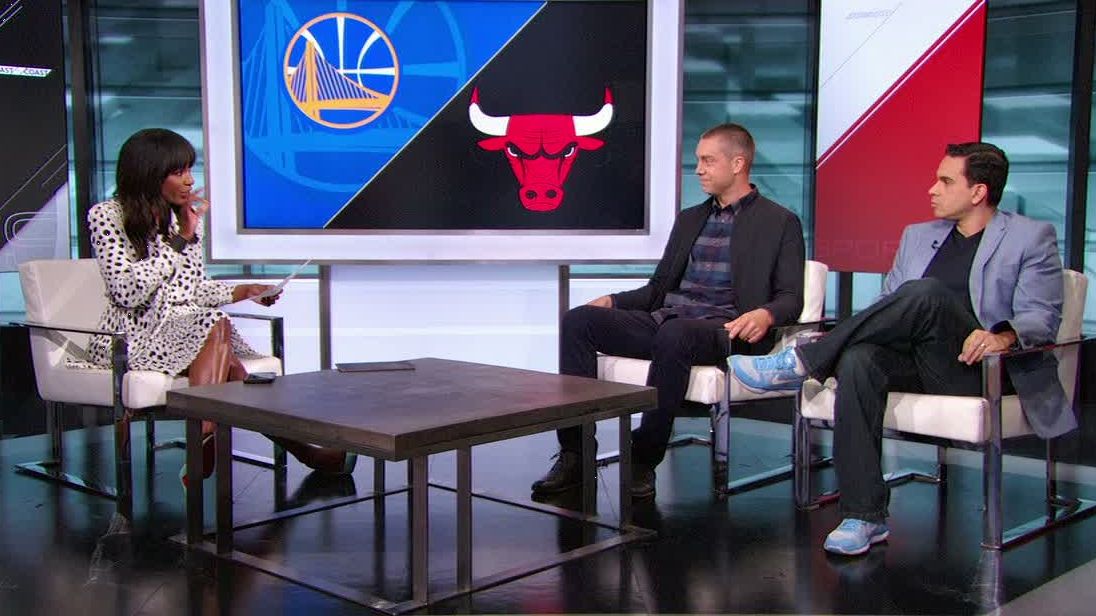 Would Jordan's '95-96 Bulls beat Warriors?
The SportsCenter crew weighs in on Michael Jordan's hypothetical chances against this season's Warriors.