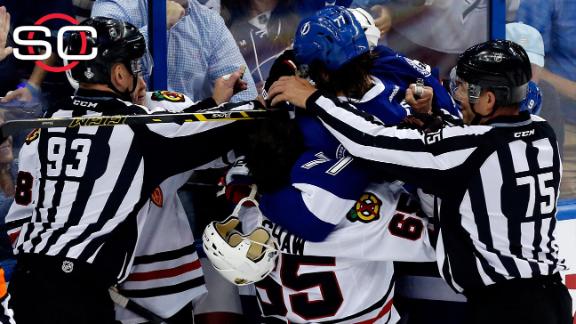 ESPN
By Craig Custance
TAMPA, Fla. -- Nothing ups the ante in an NHL playoff series quite like a biting incident, and the Stanley Cup finals appear to have received one early on.

Chicago Blackhawks forward Andrew Shaw took exception to a Victor Hedman hit on Patrick Kane in the first period of Game 1 on Wednesday night and tangled up with Hedman along the glass. Somewhere during that wrestling match, the Tampa Bay Lightning defenseman believes Shaw might have bit him.

"It felt like it," Hedman said after Chicago's 2-1 win over the Lightning. "I have a little bruise, so maybe."

There was no penalty on the play, and Hedman was briefly checked out by a trainer on the Lightning bench.

The NHL reviewed the incident, a source told ESPN.com. The league spoke to the four on-ice officials and watched video but found no evidence of the alleged bite. So unless some evidence surfaces, there will be no discipline. 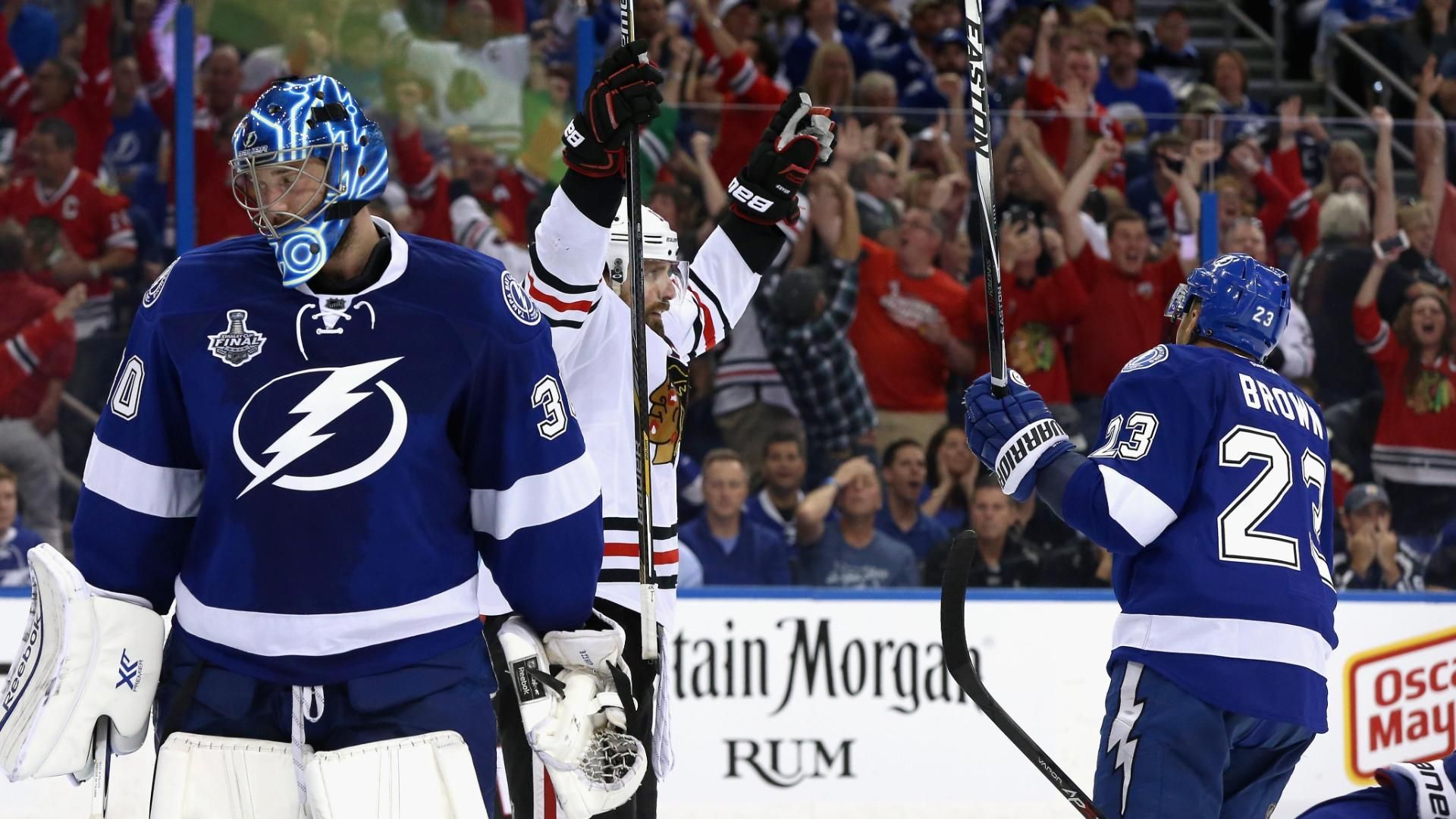