What's wrong with the Cubs? 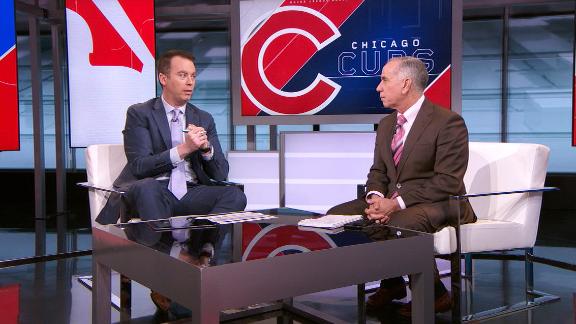 It isn't quite time to press the panic button on the North Side, but we're past the point where the Chicago Cubs get a pass. The early part of the season is finished, and a 5-0 beatdown by rival St. Louis emphasized the holes in the Cubs' lineup. We asked our panel to address the problems plaguing the World Series champions and, more importantly, how the team can fix those issues.

Should Joe Maddon shake up the lineup?

Jesse Rogers:If leadoff man Kyle Schwarber were the only struggling player, it might make sense. But Anthony Rizzo is hitting .213, Addison Russell is .226, and Ben Zobrist is .223. Batting average isn't the tell-all about a player, but when that many individuals are struggling, it's hard to imagine that just changing the order will make much of a difference. Maddon can do it, but the Cubs' best hitters need to be the best hitters, no matter the batting order.

Dave Schoenfield: Shaking up the lineup isn't a solution. It doesn't solve the bigger issue, which is on-base percentage sinkholes throughout the lineup. Javier Baez has a low OBP, Russell has a low OBP, Albert Almora has a low OBP -- none of that is surprising. It's also possible that Schwarber just isn't the hitter the Cubs believe. Remember, even after that hot start in 2015, he hit .177 over his final 133 plate appearances. His strikeout rate is high, and there's no indication yet that he can hit left-handers. He projected as a low-average, decent OBP slugger -- but not a superstar hitter.

Bradford Doolittle: The lineup will get going whether or not Schwarber is swapped out of the leadoff spot. Of the nine players with the most plate appearances for the Cubs, eight have a below-average OPS+, with Kris Bryant as the exception. That isn't going to last. Schwarber will get hot at some point, as will Rizzo, Zobrist, etc. If you want to use Zobrist in the leadoff spot to get a few more balls in play, though, that might make sense, especially against lefties.

Why is the defense regressing?

Rogers: I think the numbers are misleading. If you look at the statistics, Schwarber is the one guy dragging the defense down. That should not be surprising; everyone knew his play in left field wasn't going to be his strong suit. I would contend that Baez is more disappointing. He was all-world last year but has already made five errors and has generally not looked as sharp. The rest of the team has been OK, though Willson Contreras needs to rein it in a little when it comes to throwing the ball. Other than left field, I don't think defense will be a yearlong problem.

Schoenfield: Guess what? If you put a slow, converted catcher in left field, your defense is going to be worse. It's not all on Schwarber, but he has been a big liability at minus-5 defensive runs saved. Last year, the outfield converted 93 percent of fly balls into outs, the best rate in the majors. This year, the Cubs rank 27th at 89 percent. The big surprise is that Baez hasn't rated well, at least according to the metrics. Last year, he was at plus-16 DRS across three positions; this year, he's at plus-1. Range factor isn't a tell-all, but Baez made 5.05 plays per nine innings at second base last year, compared to 4.32 this year, so the raw numbers indicate that he is making fewer plays. As is the case with a lot of things about the 2017 Cubs, some regression was likely. They're still a good defensive team -- just not a great one.

Doolittle: Part of it seems like it has to be intangible: They're just not dialed in, as Miguel Montero suggested. They've given up more unearned runs than anybody. But the pitching problems extend to the defense as well. The Cubs' .120 well-hit average against last season was the best in the majors, but that's up to .162 this season, which is 24th. If the pitching gets better, I think the defense will as well. But there's no getting around the fact that Schwarber is limited in left.

How worried are you about Jake Arrieta?

Rogers: I'm very worried when it comes to Arrieta. His velocity's down, and I've never seen him be so easy to hit. He's pitching for his next contract, so at some point, that might mess with his head as well. If the velocity returns, perhaps his nastiness will as well, but right now he's just an arm that is prone to some good days and some bad ones. The Cubs are counting on -- and need -- more.

Schoenfield: I'm a little worried about his performance but not overly concerned. Here's a fun stat: Over his past 24 starts, Arrieta has allowed 21 home runs; over his 24 starts before that, he allowed 21 earned runs. It has been close to a year now since the peak Arrieta of 2015 and early 2016. If there's good news, it's that he isn't walking batters like last season, but that has translated to more hits and more home runs. I don't think we'll see ace Arrieta again, but he's better than a guy with a 5.44 ERA. Regression across the board was to be expected after last year's historically great rotation. The rotation enters the week 11th in FanGraphs wins above replacement, and that's with Arrieta struggling and Brett Anderson being a disaster, so I still think this can be a top-five rotation by season's end.

Doolittle:I'm fairly worried, especially about Arrieta and Kyle Hendricks. Hendricks' velocity dip is amazing considering how little of it he had to begin with, and it doesn't seem to be getting better. I also wonder if that has contributed to the spike in his walks, as he's trying to be too fine. However, I'm more worried about Arrieta, who has also lost a lot of zip and looks very hittable without that explosion on his pitches. I think the Cubs will have to aggressively pursue a rotation upgrade. Eddie Butler can't save the day by himself.

What change would help the most?

Rogers: I'm not sure it's a move, but any semblance of consistency from the starting staff would set things up nicely for the rest of the team. That might mean adding a pitcher, but we're not at that point in the season yet, so it has to come from within. Butler made a nice debut, and three of four other guys all had nice turns through the rotation recently, so perhaps it's coming.

Schoenfield:Rizzo and Schwarber have to hit. The lineup was built around those guys and league MVP Bryant, and two of the three have struggled at the plate. As mentioned, most of the other issues in the lineup were predictable. Rizzo hitting .213 and Schwarber struggling with a .656 on-base plus slugging weren't.

Doolittle: There are no half-measures to be taken here. The Cubs need to add a couple of arms, but that was true before the season started. They have hitters and pitchers underperforming, according to their track records, up and down the roster. Despite that, the Cubs are still only a game under .500 and have a positive run differential. There shouldn't be a Giants or Blue Jays level of panic.

How far will the Cubs go this season?

Rogers:I never thought they would repeat because getting a 108-year monkey off your back takes a lot out of you. But if they don't win the division, it's a colossal disappointment. But we aren't there yet. They're still a 93-95 win team, perhaps a win or two fewer, but it just won't be as easy as it was last year. That really shouldn't come as a surprise to anyone. The only question in my mind now is: How hard will it actually be?

Schoenfield: I still project them to win the division. Basically, no player has exceeded expectations so far, and a whole bunch have underperformed. They're not going to win 103 games again, but remember, they went 12-14 in July last year. Even good teams can have long stretches of .500 ball.

Doolittle: The Cubs remain very much in the mix to repeat as champs, but they are not clearly the best team in baseball at this moment. I'd put the Astros, Dodgers and Nationals ahead of them. In retrospect, I think we'll look back at the start of this season and see it as an almost inevitable outcome of last year's highly scrutinized journey. I'm confident that the Cubs will still win the NL Central, and they remain my pick to win it all. They need to step it up, though, because there are some budding powerhouses elsewhere in baseball. 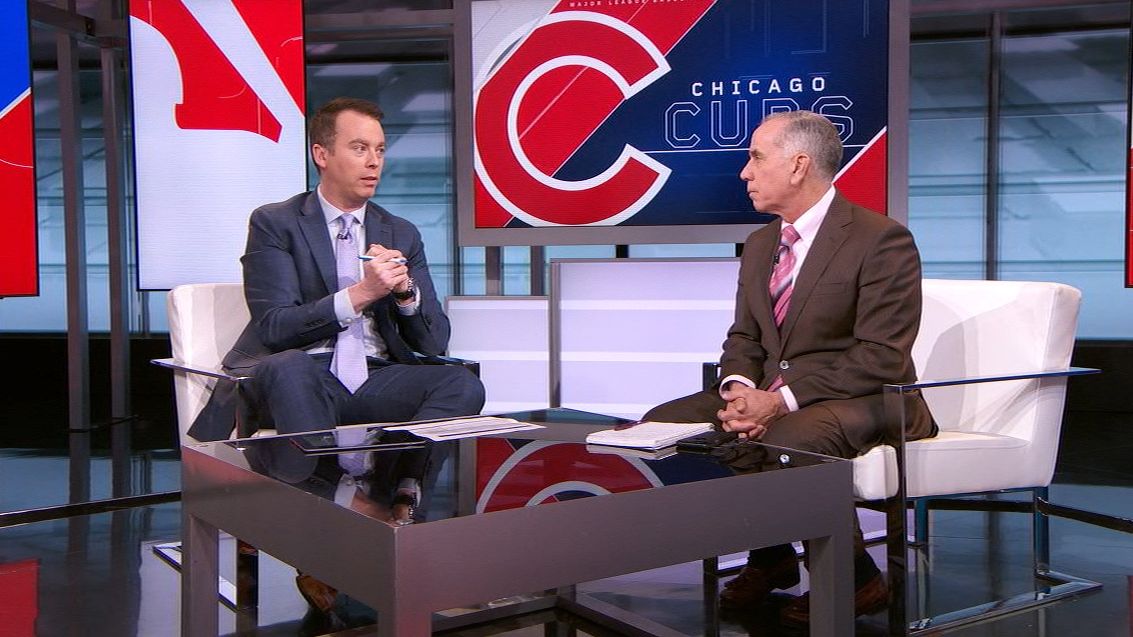