Protesters rallied in St. Louis on 3rd day of demonstrations

ST. LOUIS, Mo. -- Several hundred protesters were marching in downtown St. Louis near the city's police headquarters Sunday evening, and later through the St. Louis University campus, continuing demonstrations over the acquittal of a white former police officer charged in the shooting death of a black man.

Heading into a third night of protests, organizers said they were frustrated that a few people who have caused trouble at night could make it harder to spread their nonviolent message.

Sunday's crowd began protesting silently in the late afternoon in front of the police department building, then chanted "stop killing us" as officers looked on from headquarters windows. Afterward, they resumed large-scale marching through streets, similar to what they'd done in previous days, chanting slogans such as "this is what democracy looks like."

Protesters object to the not-guilty verdict released Friday for Jason Stockley, who had been charged with first-degree murder in the killing of Anthony Lamar Smith in 2011.

Authorities closed off several blocks around the police headquarters Sunday afternoon in anticipation of the demonstration, which followed two days of nonviolent marches that devolved after nightfall when small groups turned violent on Friday and Saturday nights.

Protesters and organizers say the violence and vandalism by a few people threatens to detract from broader messages of racial equity.

"It's counterproductive," said Democratic Rep. Michael Butler, who added that people he described as "agitators" are not part of protest leadership.

Kayla Reed, an organizer and activist with the St. Louis Action Council, said actions of those few people have unfairly been used to "demonize" nonviolent protesters. She said not everyone who shows up at protests share the same goals as organizers or the majority of protesters.

"At any point, an individual can shift the entire moment that's planned and organized," Reed said.

Protest organizer Anthony Bell during demonstrations Sunday said change is made through peaceful protests, such as those led by Dr. Martin Luther King Jr. But Bell said he understands the anger that sometimes leads to violence and property damage.

"I do not say the demonstrators are wrong, but I believe peaceful demonstrations are the best," he said.

The recent St. Louis protests have followed a pattern borne out of months of angry and sometimes violent protests after the 2014 killing of Michael Brown in nearby Ferguson: The majority of demonstrators, though angry, are law-abiding. But as the night wears on, a subsection emerges, a different crowd more willing to confront police, sometimes to the point of a violent interaction.

On Friday night, a few thousand protesters were disruptive but organized as they marched in the early evening in front of hospitals and down the streets of the posh Central West End, urging diners at patios of expensive restaurants, "Off the sidewalk onto the street" as part of broader efforts to force potentially uncomfortable conversations about racial inequity in affluent and mainly white areas.

But as the night wore on and protesters converged outside the home of Mayor Lyda Krewson, someone threw a rock through a window and paint was splashed on the home. Police responded in riot gear and, shortly, began tossing tear gas. Within an hour, police say protesters were breaking windows.

The same scene played out Saturday. Protesters marched for hours in the trendy Delmar Loop area until organizers announced shortly before 9 p.m. that the event was over and most of the couple of thousand protesters went home.

Around 100 to 150 didn't, continued to march, and some eventually began confronting police. It wasn't clear what set off the anger, but police in riot gear began to line the streets and some people tossed rocks, trash cans and other things at them.

Butler said police should target the agitators and allow others to continue demonstrating. He protested Friday, and after that said police have been doing a poor job of identifying bad actors amid crowds of other protesters.

"There's not been any learning from Ferguson," Butler said.

Stockley shot Smith after Smith led from Stockley and his partner on a high-speed chase as they tried to arrest him for a suspected drug deal.

Stockley, 36, testified that he felt he was in danger because he saw Smith holding a silver revolver when Smith backed his car toward the officers and sped away.

Prosecutors said Stockley planted a gun in Smith's car after the shooting. The officer's DNA was on the weapon but Smith's wasn't. Dashcam video from Stockley's cruiser recorded him saying he was "going to kill this (expletive)." Less than a minute later, he shot Smith five times. 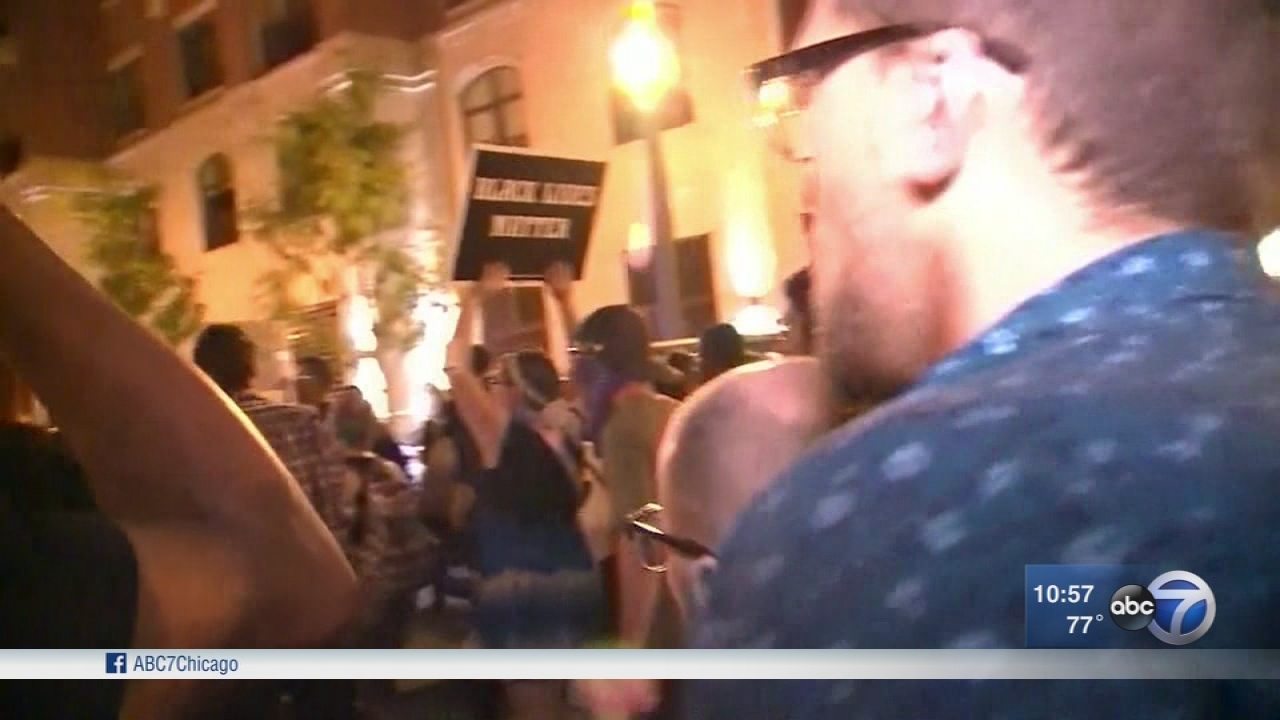