Officers found a weapon and narcotics on a 28-year-old man who was killed in a shooting Thursday night at a Starbucks on Chicago's North Side, police said Friday.

CHICAGO (WLS) -- Officers found a weapon and narcotics on a 28-year-old man who was killed in a shooting Thursday night at a Starbucks on Chicago's North Side, police said Friday.

The victim, identified by the Cook County Medical Examiner's Office as Sauvignon Watkins, of the 1100-block of East 82nd Street, was a father of two.

Police said he was involved in a drug deal gone wrong near North Broadway and West Wilson Avenue before he was chased into the coffee shop in the 4700-block of North Broadway by a man wearing a ski mask around 8:10 p.m.

The masked man opened fire, while innocent people were inside. Witnesses said they heard the gunshots and hit the ground.

"The Starbucks is divided. There's an east section and a west section, which is right on the corner. They were in the east section, or what you might consider to be the back of the Starbucks," Buslik said.

The coffee shop is located on the ground floor of the historic Bridgeview Bank building in Chicago's Uptown neighborhood.

"This is a blip, but we still take this seriously and we are still working all together as a community with the police and businesses to make this area safer," said Alderman James Cappleman.

Investigators still have no one in custody. Ald. Cappleman, who represents the area, said city leaders and law enforcement have had prior issues with this Starbucks location.

"With this shooting, I've learned that some drug dealing had been going on in and around that property for the past week, if not longer. That is unacceptable," Cappleman said.

A Starbucks spokesperson said the company is working with investigators to help them track down the killer. They released a statement Friday evening saying, in part, "We are focused on supporting our partners and customers who survived this violence. We are disappointed with the comments by the Alderman, as we have a long history with the community in Chicago and creating opportunities for our partners (employees) to thrive and make an impact."

"That's tragic. I mean, you think you could find another place to handle that," said Ethan Moll, Uptown resident.

Watkins, a 24-year-old man and a 12-year-old boy were shot. Police said they were waiting for Watkins inside the Starbucks, but did not disclose the nature of the child's relationship to the two men.

Police said the 24-year-old man was also involved in the narcotics transaction, but the boy was "not connected to the incident." The 24-year-old man and Watkins are documented gang members who have had "prior history with police."

The company said it would re-open the store Saturday, and will continue to provide support for employees and patrons.

The suspect is still at large. Area North detectives are investigating. 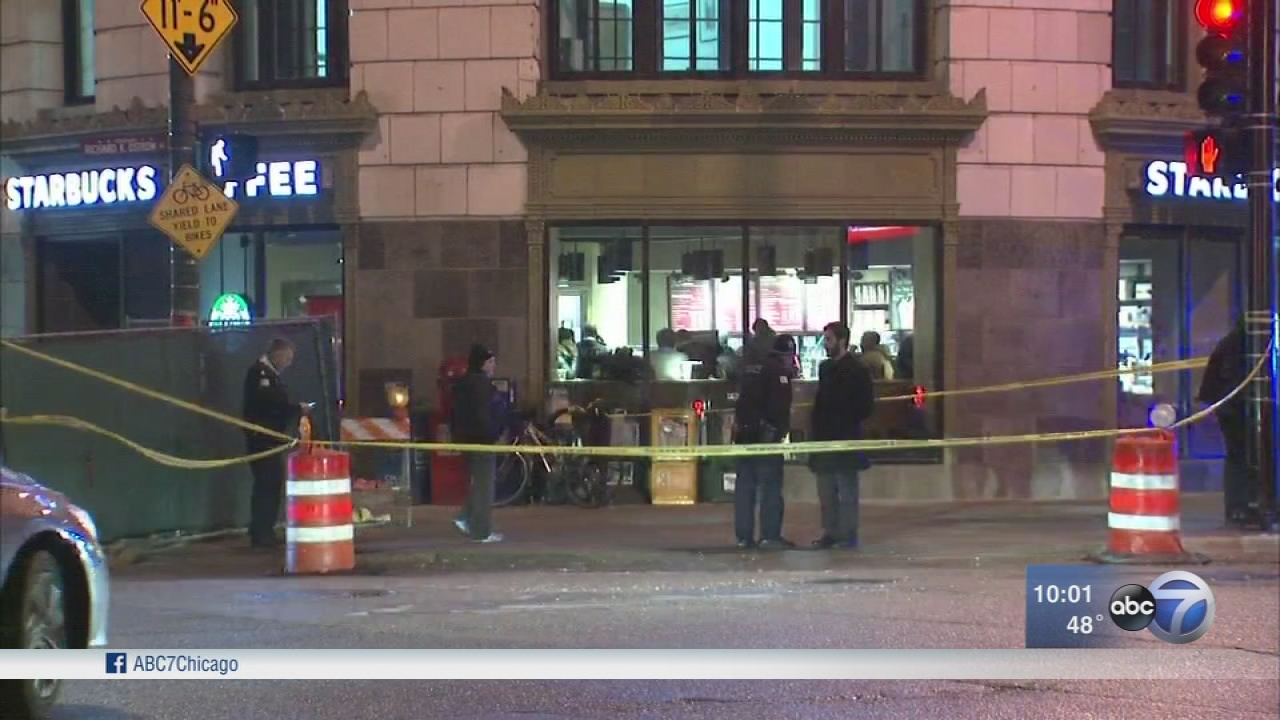