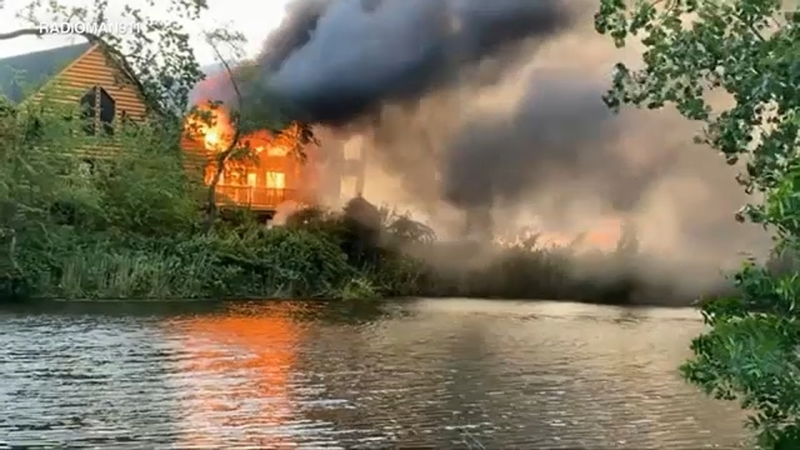 Now, investigators said they believe the blaze was likely caused by a charcoal grill that was left unattended on a porch.

Fire not believed to be suspicious, fire officials say

A fire badly damaged a resort at Starved Rock.

The Utica Fire Department said it received a call about a porch fire at about 5:20 p.m. May 30.

Chopper 7HD flies above the damage from a massive fire at Grand Bear Resort.

The fire quickly spread to multiple buildings. At a press conference the following day, officials said seven cabin buildings were lost, with each building having four units. The fire was contained to the cabin and villa section of the resort, not the actual hotel and waterpark.

The wind played a huge role in the spread of the flames, officials said.

The Utica Fire Department said it received a call about a porch fire at about 5:20 p.m. Monday. The fire quickly spread to multiple buildings

"And all those embers were landing on all the other buildings and that's what caused it so quickly to have all those on fire," said Utica Assistant Fire Chief Drew Partain.

The fire broke out two weeks ago and burned for more than a day. More than 60 fire departments and around 200 firefighters responded to the fire.

Owners and residents are all grateful no one was hurt.
Grand Bear Resort covers a large amount of space and is comprised of multiple structures, including a 24,000 square foot indoor water park, grand lodge, villas and cabins for people to stay in, and bars and restaurants.

This is not the first fire at the resort. In January 2018 a fire at Grand Bear also caused significant damage.