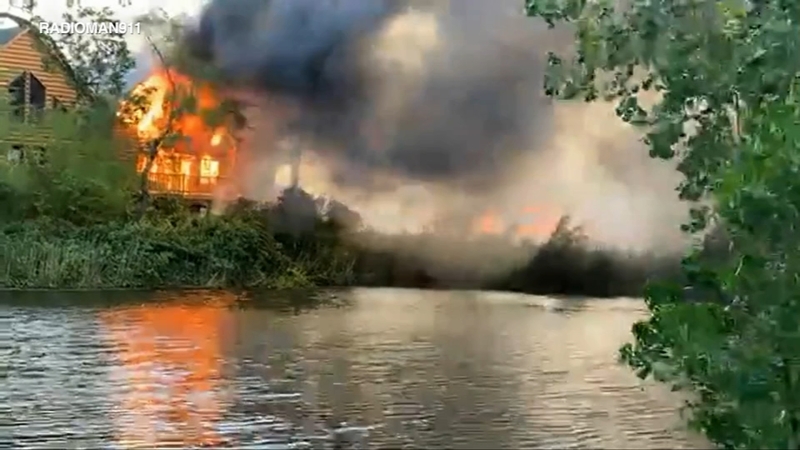 The Utica Fire Department said they received a call about a porch fire at about 5:20 p.m.

The fire quickly spread to multiple buildings, and by 8:15 p.m. fire officials said 20 private villas and cabins were involved in the blaze. The fire is contained to the cabin and villa section of the resort, not the actual hotel and water park.

The fire department said the fire was contained as of 9:10 p.m. No injuries have been reported.

At least 20 fire departments responded to the scene to help, Utica officials said.

Grand Bear Resort covers a large amount of space and is comprised of multiple structures, including a 24,000 square foot indoor water park, grand lodge, villas and cabins for people to stay in, and bars and restaurants.

An official from the company that owns the resort said the cabins impacted by the fire are not owned or managed by the resort, but instead are privately owned.

The entire resort, including the hotel, has been evacuated due to the fire, the official said.

What caused the fire was not immediately known. An update is expected Tuesday morning.