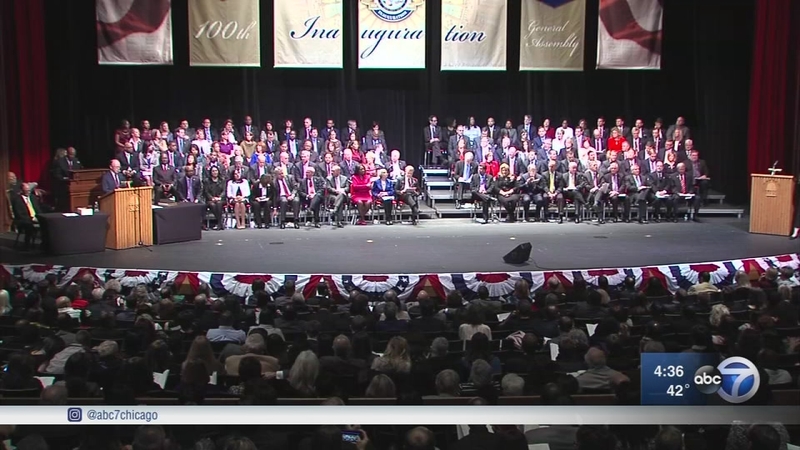 From the State Capitol to the University of Illinois at Springfield, both chambers of the Illinois General Assembly took the oath of office Wednesday amidst hopes that the body's 100th session may prove more successful than the last in finally resolving the budget impasse that has plagued the state over the last year and a half.

Madigan handily won re-election as Speaker of the House, with only one member of his party abstaining. Outside the auditorium, demonstrators both for and against Madigan made their case.

Talks between Governor Bruce Rauner and Madigan broke down in December. Since then, the Illinois Senate negotiated a compromise which includes both income tax increases and pension reform - which they hope to bring to a vote in the coming session.

"We all need to be battle for what we firmly believe is right, but I hope the good lord grants us the wisdom to find common ground, to listen and respect to the other ideas, to come to the solution for a better future," Gov. Rauner said.

Also re-elected to his post was Minority Leader Jim Durkin, who closed his remarks by pledging to work with Mayor Rahm Emanuel to solve the gun violence that wracks the city of Chicago.

"We must take the streets back from those cowardly thugs who have destroyed neighborhoods and families. That must be done with the federal, state and local collaboration. We cannot go through another summer like we have witnessed in these past few years," Durkin said.