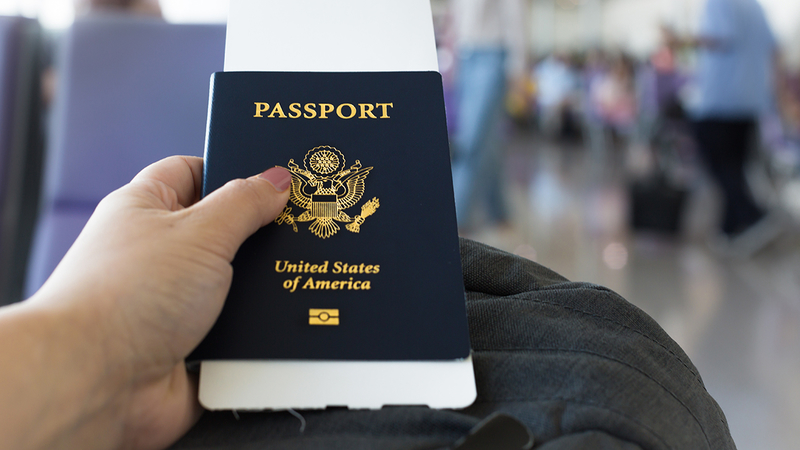 The State Department is planning to begin offering the X gender marker option on passport applications for non-binary, intersex and gender non-conforming people early next year. But the department announced today it has issued its first passport with the X gender marker.

"I identify as a proud trans masculine, non-binary person so for me to see on my passport a gender marker that most reflects me which is the X, that's going to be tremendous," said Myles Brady Davis, who uses they/them pronouns, is the director of communications for Equality Illinois.

READ MORE: US issues first passport with 'X' gender marker for those who don't identify as male or female

Currently they said their passport identifies them as male. And that caused confusion when they were pregnant.

"When I was trying to travel and they saw the gender marker that said M but yet they saw my belly," said Brady Davis "And sometimes that would put me in a lot of dangerous situations because TSA would call other people over to make fun of me."

The State Department didn't release the identity of the passport recipient with the X gender marker, but Lambda Legal identified the person as Dana Zzyym, who has been in a legal battle with the government since 2015 over a passport.

Paul Castillo, counsel for Lambda Legal, is the lead attorney on Zzyym's case.

"We are glad to see that this day has finally come. Dana was ecstatic to receive the passport and we are hopeful that is just the start of accurate identification documents," Castillo said.

Kim Fountain is the chief administrative officer at the Center on Halsted. She said she's hoping to move beyond gender markings on documents.