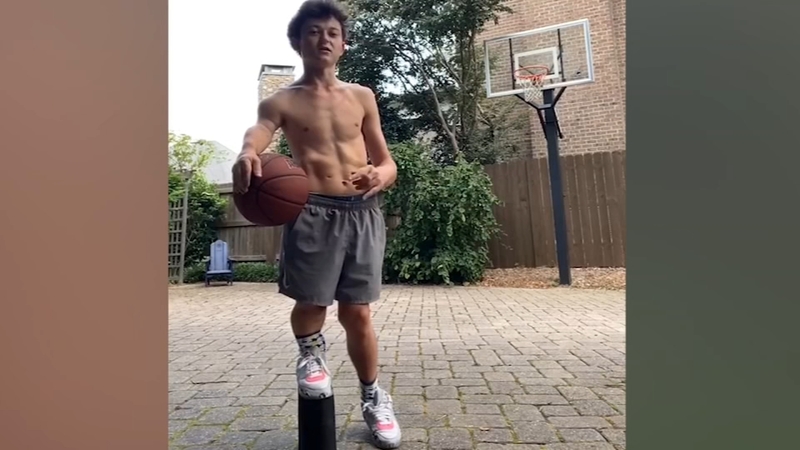 CHAPEL HILL, North Carolina -- Every week it seems there's a new TikTok trend, whether it's a dance or prank, someone is earning their five seconds of fame, but for 22-year-old Stephen Ludwig, those five seconds have turned into months.

"I want to inspire in a way where I don't want it to feel forced," he said. "I don't want to force people to feel inspired but rather just show me going through normal life."

Thanks to his friends, family and idol, the late Kobe Bryant, he has never seen his disease as a negative.

"It all goes back to Kobe," Ludwig said. "We met him in 2007 at the NBA All-Star Game. I was nine years old and it was absolutely incredible. I saw the passion and fire in his eyes and I wanted to emulate that. I just have this demeanor that I'm going to take on the day."

That Mamba Mentality helped Stephen accomplish one of his biggest dreams: getting into UNC-Chapel Hill despite battling two different kinds of cancers and countless surgeries. He's now in his senior year and planning to graduate with a communications major and a determination to continue to share his story.

"I have high expectations for myself," Ludwig said. "I realize even growing up walking through Target or Harris Teeter, everyone is looking at my shoe. When someone looks at me, at least I know they're curious or they've never seen anything like that. I've always thought that I was capable of sharing the story and it might interest people. I didn't know it would impact people so quickly on a social media app like TikTok, but it's absolutely a blessing for sure."

One TikTok video in March spurred Ludwig to one million followers, helping him connect with a shoe designer and inspire countless of people.