Stevenson Expressway crash: 2 killed, 2 seriously injured after car plunges 70 feet off I-55 in Chicago, landing on street below 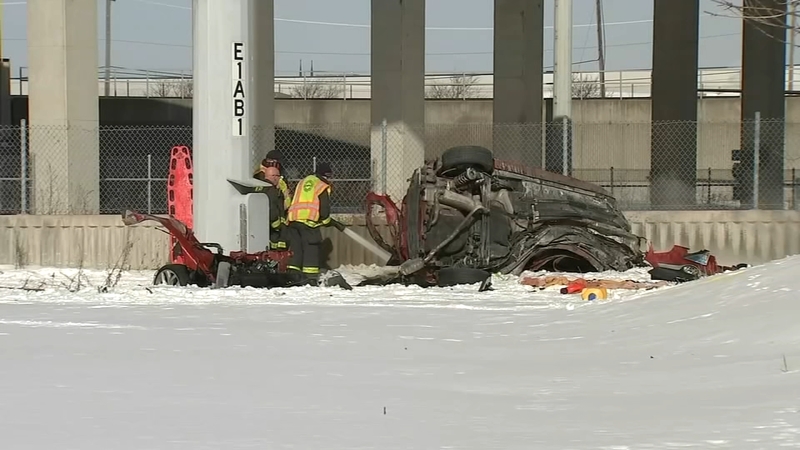 CHICAGO (WLS) -- Two people were killed and two others injured after a car plunged at least 70 feet off the Stevenson Expressway and landed on the road below Friday morning, Illinois State Police said.

The car was driving inbound on the Stevenson when Illinois State Police said at about 4 a.m. it lost control near Ashland Avenue and crashing into and over the concrete wall. The car landed on the street below at Archer Avenue and Robinson Street.

A Milwaukee driver whose truck plunged 70 feet off an icy overpass is speaking out after the accident.

Authorities have not released the identities of the two people who were killed.

It is not known what caused the crash, but police said their preliminary shows the car was traveling at a high rate of speed. Police also confirmed there was a snow bank on I-55 where the car lost control, but it's unclear if it was a factor in the crash.

Police said the car also hit a light tower and knocked out the lights on the Stevenson in both directions between Ashland and the Dan Ryan Expressway.